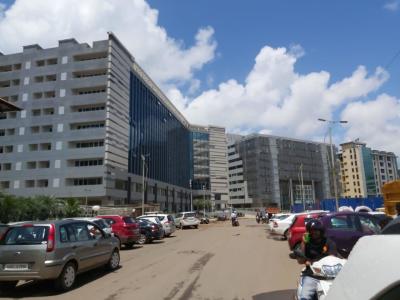 PROPERTY: There will be no need for high rise buildings if everyone is working from home. They can stay and work from their ancestral house and companies will not have to look for property in expensive locations like Patto Plaza in Panaji

If everyone works from home the location of the office or the home does not matter. If this becomes permanent the prices of property will drop drastically. The travel industry will also be affected since no one would need to travel to work.

Economics of output and employment multipliers

Every industry has what is called an output multiplier and an employment multiplier (job multiplier). The output multiplier refers to the ratio of change in the total output that is required from all sectors of a regional economy to the direct change in the basic output of a particular sector of the economy.
On the other hand, a job multiplier is a way to measure how important an industry is when compared to other industries in the region (i.e) how ma
The Output Multiplier for the IT sector varies from 1.11 to 3.22 (For Rs1 lakh of the output of industry, the local economy would enjoy from Rs1.11 lakh to Rs3.22 lakh). The employment multiplier for the same industry is in the range of 0.23 to 5.45 (One direct IT job creates 0.23 to 5.45 indirect jobs) depending on the state.
These multipliers would get affected by the new WFH scenario that businesses are embracing at breakneck speed. Job multipliers are typically tied to a specific industry. Industries with a higher sales to labour ratio typically have higher job multipliers.
There would also be an effect on the new employees’ salaries, which would, in turn, have an impact on local real estate and development companies, retail shops in the area and new purchases of vehicles. With each industry, a different multiplier will be in effect. But when all those multipliers as considered as an aggregate, there will likely be a large impact on the economy.
Local economies in IT hubs will also suffer. Cities like Hyderabad, Bengaluru and Gurgaon that had been complaining and painting IT companies as the villain for ‘local economy inflation’ might soon realize that it was those IT companies that have been actually feeding the local economy.
The moot question is who will carry the burden and who will pay for all the entitlements that governments there had promised everyone?
The answer is we don’t know!
Coutersy:www.thefederal.com