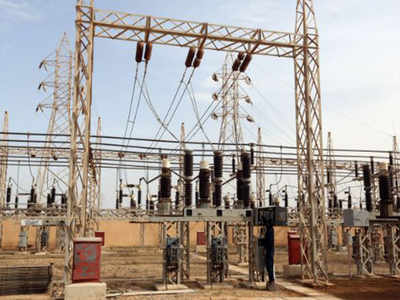 AND a few stray thoughts for yet another Saturday. For a Saturday following the week when BJP Power Minister Nilesh Cabral did not accept the Aam Aadmi party (AAP) challenge. For a Saturday following the week when the civic body decided to impose fines on those who violate the new waste management rules. For a Saturday following the week when a pharma company executive admitted that the new vaccines may not benefit India. For a Saturday following the week when the law college teacher, Prof Shilpa Singh, sought protection from the police. For a Saturday following the week when there was a huge rush to witness the burning of demon Narkasur effigies on Diwali eve.
And a few stray thoughts on Nilesh Cabral refusing to accept the challenge of AAP MLA Raghav Chadha from New Delhi. Raghav Chadha challenged Nilesh Cabral to hold a public debate on the high power tariffs in Goa. The AAP MLA declared that if AAP comes to power in Goa 73% of the population will not have to pay any power bills! Free power will be provided to people who consume less than 200 units within 24 hours of AAP forming the government. About 20% of Goans who consume between 200 and 400 units will get their bills reduced by 50%. So much so 93% of power consumers in Goa will benefit if they follow the AAP power model in Delhi. The private sector distribution companies to whom it had been contracted to looted the people of Delhi.
The AAP MLA revealed that while Delhi residents who consumed 177 to 211 units of power received bills ranging from 0 to Rs5, respectively. On the other hand in electricity bills issued by the Goa government if a consumer uses 146 units the bill comes to Rs377. A consumer present at the public meeting of the AAP MLA complained that he was billed Rs200 for 141 units. Nilesh Cabral who refused the challenge of holding a public debate sought to rubbish the promises.
Cabral pointed out that Goa had a wide range of social welfare schemes like Ladli Laxmi and Grah Addhar to compensate for the higher power tariffs. Cabral claimed that around 1.7 lakh consumers are people who have second homes in Goa who could well afford to pay higher tariffs. Nilesh went to the extent of claiming that the majority of those who have second homes in Goa were from Delhi. Chadha accused Nilesh Cabral of avoiding a debate with him because he did not have any answers about why the power tariff in Goa was so high.

AND a few stray thoughts on the higher penalties proposed by Civic bodies on violation of waste management rules. Both residential units and commercial establishments do not handle the waste residents generate with any intelligence and care. There are thousands of cases of restaurants and business establishments throwing their waste surreptitiously and wantonly by roadsides and garden points under trees.
Waste including biomedical waste accumulates even inside and outside the Goa Medical College & Hospital. Near the ESI Covid-19 Hospital large quantities of Covid-19 waste was found piling up untreated. Even schools will not be spared if they have no arrangement for regular storage and disposal of waste, ditto for residential gated colonies and commercial establishments.

Though Panaji was the first to introduce the house-to-house collection of waste most households try not to conscientiously segregate the waste at the source or origin which in their kitchen with two bins, one for biodegradable waste and the other for non-biodegradable dry waste like plastics, cans, bottles, etc.
According to the CCP waste management rules every household is expected to have a green bin and a black bin for biodegradable and non-biodegradable waste, respectively. In the wake of Covid-19 the amount of waste has ironically gone up. The Corporation of the City of Panaji has amended the waste bylaws and will now be strictly imposing fines on those who do not follow the guidelines. The fine for residential units will be Rs200 while for commercial establishment it will range from Rs500 to Rs1,000.
The CCP has decided to impose fines on citizens for not maintaining their surroundings clean. This is totally justified as it is the practice even in middle class areas for residents to throw waste and garbage out of the balcony or window. In such cases fine imposed will be Rs500 for residential units and Rs1,000 for commercial units. In many cases where CCP employees are not given access to any premises for inspection, fines imposed will be Rs250 to Rs 750.
The largest amount of waste is generated when major events and celebrations are organized. Only waste disposal is forgotten and not organized. Even managers do not fulfil their responsibility in the disposal of waste. Indeed, most public events are held without permission from the CCP. The fine for organisations holding public events without permission has been fixed in the range of Rs10,000 to Rs50,000. The civic body has taken the example of the countries of the West and also included fines for on anyone caught littering public spaces including roads and streets. While the fines ranging from Rs250 to Rs2,000 may be justified it is not fair as the majority of public dustbins have been long since removed.

AND a few stray thoughts on A Goan pharma company executive admitting to me that the Covid-19 vaccine could not be or may not be much used in India including Goa. The major problem is that this vaccine has to be stored at very cold temperatures of as low as minus eight degree C. They cannot be stored in normal fridges that homes and even hospitals have. They would have to be stored in the deep freeze so that they do not lose their potency. Since most of the vaccines are being made outside the country the transportation of such vaccines in cold storages will be another major problem.
Moreover, already the richer countries have purchased the entire production of the Pfizer and Moderna vaccines for more than a year for their citizens. This means that poorer countries like India which do not even have a fixed budget for vaccines will have major problems. Admittedly, Indian pharma companies in association with research institutes in India are also working and racing towards coming out with a vaccine for the dreaded contagion of Covid-19.
In fact, human testing of the indigenous vaccine has already begun. But it is still a long way before it is passed as safe and economical for administering to the general population. Even the specifically Covid-19 targeted drugs like Remdesivir are far too expensive for the aam aadmi to afford. Each dose of the so called wonder drug costs less than Rs3,000 and patients may need a minimum of ten doses as the drug has to be injected for ten days.
As in the case of vaccines 80% of the supplies of Covid-19 drugs manufactured at the Cipla unit have been bought by the United States which is the worst affected by Covid-19. This is primarily because former president of USA, Donald Trump, had been refusing to take serious steps to safeguard the American people from Covid-19. Witness the fact the US has the largest number of cases as the president himself neither wears a mask nor bothers to observe social distancing. There have been no lockdowns enforced in the US. On the contrary some states have objected to forcing people to wear mask and to maintain a one-meter distance. The logic is that the economic cost is much higher than the risk of being infected by Covid-19. In the meanwhile Delhi is preparing for its third lockdown as high levels of pollution have aggravated the growing cases of Covid-19. Delhi is not a healthy city to live in at all and therefore many wealthy Delhi celebrities and politicians have invested in second homes in Goa to run away to for a holiday whenever they wish!

AND a few stray thoughts on the assistant professor at VM Salgaocar College of Law, Prof Shilpa Singh, who has sought police protection from the ABVP and other Hindu fundamental activists who have threatened her for her opinions. Reportedly, Prof Shilpa Singh put up Facebook posts eight months ago questioning the need for women to wear a mangalsutra or a burqa for that matter. She said it akin to branding women by force.
Doesn’t a wife continue to be a wife and married even if she does not display her mangalsutra? Shilpa also questioned the need for Muslim women to wear burqa as a common uniform of religious identity in a secular country like India. She is reported to have said that the burqa could well be a security threat if someone wanted to harm someone.
In the wake of all this she is now receiving threats from the Goa unit of the Akhil Bhartiya Vidhyarthi Parishat and Rashtriya Yuva Hindu Vahini. The first threat received from the ABVP Goa unit was with reference to her giving a lecture to her students about communal disharmony. The ABVP demanded she be dismissed from the law collage. The second act of intimidation was to do with a police complaint filed by Rajeev Jha of Rastriya Yuva Hindu Vahini and another threat is from Parshuram Sena and Brahmin Samaj.
Upon receiving the threats Shilpa Singh lodged a formal complaint with the National Human Right Commission and The National Women Commission to ensure protection for her and her family, including her, her mother and sister with special needs. She has lodged complaints to the police about receiving death threat to her life. The professor from the Salgaocar College of Law has commented, “I fear for my life, it has been three days and I have not heard anything from the State. I most urgently require you (in a letter to Chief Minister Pramod Sawant) to direct the Goa government to realise my position and offer me around the clock security.”

AND a few stray thoughts on the huge crowds which gathered to witness the burning of the demon Narkasur effigies. A week before this annual event the Chief Minister Sawant who is also home minister banned the burning of Narkasur on the eve of Diwali. Apparently, under pressure from some MLAS including Panaji MLA Babush Monserrate the ban was withdrawn a day before Diwali.
Even after the ban groups of young people continued to make their Narkasur effigies which are primarily sponsored by the politicians. The only thing missing this year was the competition for best or worst Narkasur effigy. But huge crowds gathered around midnight to the early hours when the effigies were lit off to blaze away to cheers, dancing and clicking of photographs, till the sun rose to reveal piles of Narkasur effigy remnant. Clearly, all Covid-19 guidelines like social distancing and even the wearing of masks was forgotten.
It may be recalled that more than a decade ago the Sanatan Sanstha had objected to the burning of Narkasur effigies. Their argument was that Goans seem to be giving more importance to Narkasur than Lord Ram returning to Ayodhya on Diwali day to be welcomed by the lighting of oil lamps. There were a couple of bomb explosions allegedly set off by members of the Sanatan Sanstha just a few meters away while the Narkasur competition was on with the chief minister as chief guest nearby at a function.
The bomb which was tied to a scooter exploded killing the rider of the scooter. Subsequently more bombs were found, and the High Court had acquitted all members of the Sanatan Sanshta allegedly accused for the bomb blast.
BUT the bigger threat from Diwali has been increased pollution due to bursting of fire crackers. Though Goa does not have a major tradition of bursting fire crackers this is a very acute problem in Delhi. The pollution level shot up steeply in Delhi the day after Diwali with visibility level so low that aircraft could not land.