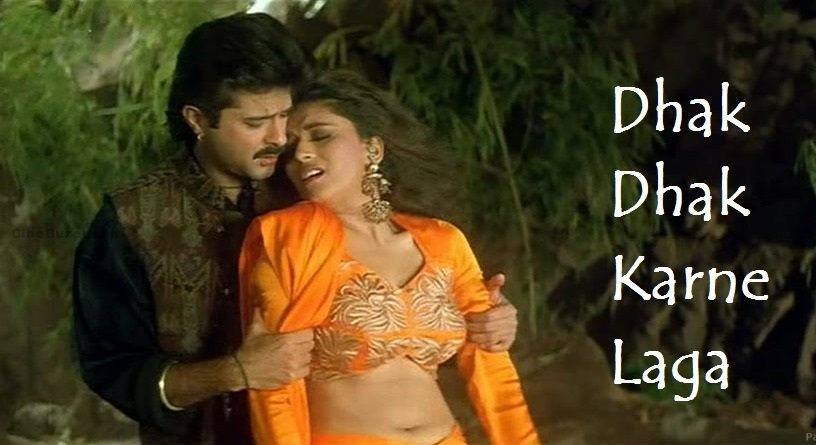 AND a few stray thoughts on the stiff competition among all political parties to shower freebies on Goan voters, particularly the youth. The BJP has promised all students 100 minutes of free talk time and 3GB of 3G data every month. When they came to power in 2012, they also introduced the Laadli Laxmi Scheme in which girls were gifted with `1 lakh for higher studies and kanyadan. The BJP made Goa the first state in the country to introduce an inflation allowance of `1200 to protect housewives against price rise.

The Congress has gone several steps ahead in its manifesto released on January 23 by Jyotirao Scindia. It has promised to increase the inflation allowance under the Griha Aadhar Scheme from the existing `1500 to `5000. All unemployed youth whose family income is below `10 lakhs will be entitled to an unemployment allowance of `5000 per month. Since my income is below `10 lakhs per year I am tempted to enrol myself for a degree in law to avail of the `5000 pension per month.

The Congress has also promised five litres of petrol every month for all students with valid driving licences. It has more importantly promised to amend the Education Act to permit freedom of choice to all parents and children. This means that grants will be extended not only to primary English-medium schools supported by the Church but all English-medium schools.

AAP has promised to be equally generous to Goan voters. It will provide all Goan youth an unemployment allowance and has promised to increase the amount both under the Laadli Laxmi and Griha Aadhar schemes. It will also offer free water and electricity supply to families whose income is below `1 lakh per year.

AAP has promised that they will create jobs for the unemployed. On its part, it is hoping to finance these freebies by recovering the `35,000 crores looted by the mining lobby. AAP seems to have built an alliance with the Goa Foundation and its Amche Mati moment.

AND a few stray thoughts on BJP president Amit Shah’s boast that Goa has the best infrastructure in India. Addressing a rally in Margao, he insisted that prime minister Narendra Modi had decided to hold the BRICS Summit in Goa because of its excellent infrastructure. Only Goans know how much effort and money was spend on filling up potholes and widening roads specially for the summit.

The heads of state and government and the delegates did not have to deal with dacoit taxi drivers. The infrastructure for the heads of state may have been perfect. But officials, security personnel and even international media covering the event had a tough time as they were not allowed to use the five-star hotel toilets at the Leela and Taj Exotica.

WHEN Shah and Defence minister Manohar Parrikar talk about Goa’s infrastructure, they refer to the half dozen unnecessary bridges built by the BJP during the last five years. These include the third bridge across the Mandovi River and the bridge for the benefit of Leading Hotels at Tiracol.

The Election Commission may please note that the BJP has sought to advertise its so-called infrastructure achievements in the official government calendar issued by the Department of Information. These include the beautification of a traffic circle in Saligao, restoration of the Reis Magos Fort which was done by INTACH under chairperson Dipti Salgaonkar and the Miramar-Dona Paula bypass road which has remained dug up for four years and is not yet complete.

Parrikar, who might even return to Goa as chief minister or continue to play the role of back seat driver, is also planning to ‘beautify’ Azad Maidan in the same manner that they had destroyed the Panjim municipal garden during his first term as chief minister.

It will be even worse for the people of Panjim if Babush Monserrate becomes MLA with an understanding with Parrikar because all the old buildings will disappear to give rise to eight and 10-storey buildings like in Taleigao and Caranzalem.

Senior BJP leader Venkaiah Naidu addressed Telugu migrants in Porvorim. Former Karnataka chief minister B S Yeddyurappa is expected to take care of the migrants from neighbouring Karnataka. Kerala’s chief minister and maybe even film stars will be brought to address the huge Mallu community. And no doubt the Congress will try to get Priyanka and Dimple Yadav to address the bhaiyas from UP and Bihar while the BJP will bring Hema Malini and Shotgun Sinha or even Navjot Singh Siddhu, the joker in the pack.

AND a few stray thoughts on the Chief Electoral Officer of Goa (CEO) turning pink. This does not mean that the Election Commission (EC) has joined the gay movement to secure greater rights for members of the LGBT community. Nor has it decided to extend support to cancer survivors who wear pink to spread awareness about the disease. The inspiration is the film Pink in which Amitabh Bachchan plays the role of a lawyer who defends the rights of women.

The CEO has decided that 40 polling stations in Goa will turn pink. These all-women polling stations will be staffed by women officials wearing pink and decorated with pink balloons. Even the security staff employed here will be dressed in pink. The CEO Goa has appealed to voters to wear pink clothes too.

The most interesting aspect of the Goa CEO’s pink programme is that all first-time female voters will be presented with pink teddy bears. My secretary, who is among the young female voters, would like to know the size of this teddy bear.

AND a few stray thoughts on veteran cardiologist and former Goa Bachao Andolan chairman Dr Oscar Rebello who has adopted the AAP and has become its local spokesperson.

He has decided that the only way to change the system is to join politics himself, backing the AAP, and actively participating in its campaigns. Much to the distress of his numerous patients, Dr Oscar Rebello is lately more likely to be available at an AAP rally than in his consulting room. So if you are planning to have a heart attack, please wait until polling in Goa is over.

Dr Oscar has always given his total involvement, whether to his patients or to AAP. Presumably his logic is that if Goa itself is sick, the people of Goa cannot be cured. He seems determined to cure Goa of all the BJP’s communalism and the Congress’ corruption.

We were always aware of Dr Oscar’s ability to give public speeches in Konkani and Portuguese. Mixing with AAP leaders from Delhi, including Arvind Kejriwal, has made him an eloquent speaker in Hindi.

AND a few stray thoughts on party revolts. Virtually every political party in Goa is facing revolts by leaders who have not been given tickets. The latest is in Saligao, the ticket for which was originally reserved by the Congress for Goa Forward alliance candidate Jayesh Salgaonkar.

Following the breakdown of the alliance with Goa Forward, thanks to Goa Pradesh Congress Committee (GPCC) chief Luizinho Faleiro, the Congress decided to give the ticket to Agnelo Fernandes, former Calangute MLA who was chief patron of Sunburn. In fact, Sunburn used to be held on Fernandes’ property.

The Congress decided to move Fernandes to Saligao to avoid a conflict between him and Joseph Sequeira, the Candolim sarpanch who has been given the Congress ticket for Calangute. But there is a revolt against Congress candidate Joseph Silva who had Faleiro’s blessing. A large group of Saligao Congress members have quit, demanding that advocate Yatish Naik should have been given ticket.

AND a few stray thoughts on Tamil Nadu successfully forcing the state and central government to accept their demand for legalising jallikattu, a traditional festival coinciding with Tamil New year’s day Pongal.

Traditional jallikattu was similar to the sport of running with the bulls in parts of Spain. In the Tamil version, bulls are let loose and young men must attempt to sit on them without being gored by their horns. The entire Tamil population has been claiming that jallikattu is part of their tradition and therefore cannot be banned even though it often degenerates into cruelty to animals and even loss of human lives.

Even while the Supreme Court is yet to pass a final verdict, there were mass protests on Marina Beach attended by leading film stars like Rajnikant. Kamal Hassan however struck a dissenting note, pointing out that everything that is traditional is not necessarily good, for instance elephants were not meant for carrying goods or timber as it happens in Kerala.

On the prodding of a retired Supreme Court judge, the Tamil Nadu government first issued an ordinance and subsequently passed a bill making jallikattu legal with some safeguards for the animal.

ALREADY there are demands in Goa that dhirio, which is claimed to be part of Goan tradition, should be legalised like jallikattu. Dhirios were banned by the state government as it is considered cruel to animals. I can vouch for this as the animals are fed with feni and are goaded with iron rods in the private parts.

They are looked after very well by their owners when they are not fighting as heavy betting goes on and a lot of money is made. Though they are illegal, they continue to be held under the eyes of the police in Taleigao and in the South. In an effort to get votes, some BJP leaders are now offering to get dhirio legalised as well.

And a last stray thought for yet another Saturday. Velim’s BJP candidate Vinay Tari let the cat out of the bag during a rally addressed by Amit Shah in the presence of Manohar Parrikar. He asked the people to look upon the BJP as an ATM of schemes and money.

Vote BJP and activate the five-year ATM to deliver money directly to your house, Tari told the amused voters.