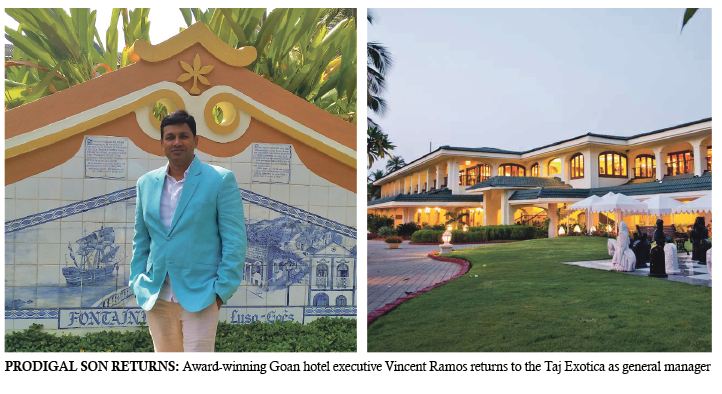 AND a few stray thoughts on the controversy over the continuance of Goa’s Legislative Assembly. According to the rules, a session must be held at least every six months. The last session was in July. If one goes by the constitution, the assembly should be dissolved if there is a gap of more than six months between sessions.

There is an even more serious problem in Goa. Given that results of the recent elections will be announced on March 11, a new government will be formed only by the end of March. Again, according to the constitution and the rules of the Finance Ministry, the budget must be presented before the end of the financial year on March 31.

Ideally the Goa government, which has always been bankrupt under Laxmikant Parsekar, should have held a session and passed a vote of account to meet expenses until March 31. In the absence of any provision for supplementary demands, it is likely that all developmental work will stop and government employees will not get salaries for February and March.

The elections have also created other problems for Goa and even the largest states voting in these months, like Uttar Pradesh. Normally the Code of Conduct comes into force almost two months before polling day. In Goa, the gap between the announcement of polls in January and the results in March is almost three months. When the Code of Conduct comes into force, the government cannot take any policy decisions and administration comes to a stop.

There will be no relief even after the results are announced. Immediately after the new government is formed, the state will have elections to all panchayats. So the Code of Conduct will be enforced for another month or until May, leaving the state without a proper government for five months.

Part of the problem is the tendency of the Election Commission (EC) to combine elections for small and big states. Elections in Goa and Punjab were completed in a day while in Uttar Pradesh, they are being held in eight phases and will end only on March 9. It is unfair that states which finished voting on February 4 have to wait until March 11 for results.

The EC could have avoided the suspense by having the Goa and Punjab polls in the first week of March instead of February. The main obstacle to simultaneous elections is the shortage of security forces. Since elections in India often witness violence and most parties don’t trust the local police, central police must be moved from state to state for smooth conduct of polling.

The USP of DaAru

AND a few stray thoughts on the emphatic confirmation that daaru is Goa’s Unique Selling Point (USP). This was proved during election weekend from February 2-5 when Goa went dry. Unlike many other states, Goa is dripping wet with daaru 364 days a year. Even on Independence Day and Republic Day when the rest of India is dry, it continues to flow here. So all of Maharashtra and Karnataka, and the gamblers of Delhi, were in Goa for the long Republic Day weekend.

For the first time since the tourism season started, hotels did not increase rates. There were very few visitors since there was no daaru. Air and bus fares also did not go up because in the absence of daaru, tourists did not come. There were no traffic jams in Calangute or Baga because none of the vehicles carrying tourists poured into Goa.

There are two sides to the coin of the Supreme Court order banning the sale of daaru within 500 meters of national and state highways. Goa is a small state and if the rule is enforced, more than 2000 bars will have to close. It may be argued that this will be good for Goa as there are just too many bars. The saying goes that if you throw stone in Goa you will either hit a bar or a church.

You may also hit a stray dog or a cow. It is not true that only tourists get drunk and die in traffic accidents. Yama, the god of death, does not distinguish between Goans and non-Goans. In fact, Goans are at greater risk as they believe that unlike domestic tourists, they can hold their liquor.

Many friends tell me they drive better when they drink because they have been drinking since childhood. Presumably Goan mothers offer their children daaru instead of milk. The flip side is that if the daaru shops are closed, there will be a drastic fall in Goa’s revenue.

Excise from daaru, which is 24 per cent, is among the government’s main sources of revenue. With the mining industry yet to revive, and a drop in foreign tourist arrivals, the government will plunge into an even greater financial crisis if the Supreme Court order is implemented.

Whichever party or group of parties forms the government, they will have to face the anger of Goans who may be deprived of what they consider their fundamental right – to drink wherever and whenever they want.

All shops in Goa are shut between 1pm and 4pm as owners go home for a siesta. The only shops open from 6am when even tea is not available beyond midnight are bars. When I came to Goa in 1983, a friend told me I would get coffee in a bar close to my house in Dona Paula which opened at 6am. When I eagerly went to get my morning cuppa, I was served feni mixed with it!

No Caste For the ELITE

AND a few stray thoughts on how caste and community or even religion does not matter when it comes to marriages between the rich and powerful. It is only among the lower middle class that there are strong objections to intercommunity and inter caste marriages.

The ammijaan of the poor Muslim girl objects to her daughter being friendly with a Catholic or a Hindu. The Bharatiya Janata Party (BJP) will of course accuse Muslim boys of ‘love jihad’, where Muslim boys are accused of seducing Hindu girls to convert them to Islam. Even union minister of State Raiju from Manipur has made a controversial statement that the population of Hindus is shrinking while that of the minorities is growing sharply.

He was echoing the mischievous sentiments of prime minister Narendra Modi who infamously talked about ‘hum panch hamara pachpan’ with reference to the Muslim community. But the 2011 census shows the growth of Muslims has slowed. Between them, the Muslims (14 per cent) and the Catholics (two per cent) represent only 16 per cent of the Indian population. So the Hindus have nothing to worry about.

When it comes to the poor or even the rich in the villages of UP and Madhya Pradesh, if a girl runs away with a boy of a different community or even a different caste, the khaap panchayat may kill them. But this does not apply to the rich and powerful. All the Khans of Bollywood except for Salman Khan have Hindu wives. Shah Rukh Khan’s wife is Gauri. Both biwis of Aamir Khan are Hindus. Both, the former wife and the present wife of Nawab of Patuadi, Saif Ali Khan – Amrita Singh and Kareen Kapoor – are Hindus.

In Goa, the children of many industrialists, and the industrialists themselves, including those belonging to the Saraswat Brahmin community, have married non-Goans and non- Saraswats. Fomento Group chairman Audhoot Timblo is married to Anju, daughter of a leading Punjabi lawyer. Both his sons have married Gujjus.

Among the other mining families, the Chowgules, two of the sons Ramesh Chowgule and Umaji Chowgule are married to foreigners. Of the Salgoankar brothers, Dattaraj is married to a Gujarati and other brother Shivanand to a Maharashtrian. Dattaraj’s daughter has married a Gujarati and so Shivanand’s son.

The Madgaonkar brothers who are deep sea diving experts have married two Catholic sisters. In Goa, there are many cases of even the traditional Goan Muslim – but not migrant Muslims – marrying Catholics. The most famous example is the marriage of Sadiq Shaikh of SR builders to Guida of Madame Butterfly.

This is also true of Saraswat Catholics, with the daughter of Dr Sydney Pinto Rosario, whose father was mayor of Bardez, marrying a Hindu from Belgaum. Jab kuch kuch hota hai, the rich and famous have no problem getting married. It is only the middle class and the poor who harbour a prejudice against inter-caste and inter-faith marriages.

AND a few stray thoughts on the on-going DD Kosambi memorial lectures at Kala Academy. I must confess that I have not been attending the illuminative talks in recent years for health reasons. But being interested in the way the brain is wired, I could not resist attending the talk by Dr Shubha Tole, professor in the department of Biological Sciences at TaTa Institute of Fundamental Research, Mumbai. Besides my interest in how the brain functions and concerns over memory loss with advancing years, I have always interested in neuro-biology which is what Dr Tole specialises in.

She is one of the few scientists who is also a superb communicator. The title of her talk itself revealed her provocative mind – Jab Yuvraj Singh ne Stuart Broad ke bowling pe che chakke mare tab unke dimaag main kya chal raha tha. This means ‘what was going on in Yuvraj Singh’s mind when he hit six successive sixers off the bowling of Stuart Broad’.

The answer has nothing to do with cricket. Dr Tole confessed that she knows nothing about cricket unlike her son Nikhil. The answer was about reflexes. How does the brain respond to stimuli? Or words? How does it respond to sudden events?

Dr Tole dramatically threw tennis balls from the stage at the audience to test reflexes. Some caught the ball, some ducked and most ignored it. The point was made. The nature of the reflex showed how complex the brain was and how each individual was differently wired.

She also used the simple analogy of a horse trotting and running to demonstrate how signals are transmitted from the brain to the limbs. She even had students from local schools up on stage with cards around their necks indicating various functions of the brain to explain the wiring of the hypothalamus which is concerned with sensory functions including reflexes.

I WAS truly enlightened by this talk and was energised by Dr Tole. Unlike most academics, she did not just stand behind the dais and deliver the talk. It was an interactive dialogue with the audience, with Dr Tole using every part of her body to express herself and explaining in the most simple terms the wonder of the creation and the evaluation of the brain.

And a last stray thought for yet another Saturday. I was delighted to resume contact with Vincent Ramos who has returned to the Taj Exotica in Benaulim, the venue of the recent BRICS Summit, as general manager. He is one of the jewels in the crown of Goa’s hospitality industry, and ironically one of the few Goans who is general manager of a five-star deluxe property. Most general managers of premium hotel properties in Goa are either foreigners or non-Goans.

Ramos was always a super over achiever. During his tenure as Food & Beverage manager 15 years ago, he set up the restaurant dedicated to another Goan legend of the hospitality industry – Chef Masci. Vincent always was innovative and hands-on. The then secretary of the general manager, Sally Travaso, who was my secretary in Herald for some time, recalls how he convened a meeting to discuss the project when the Exotica decided to start water sports.

The latest feather in his cap is that the Jodhpur property of the Taj Umaid Bhawan, which he used to manage, was judged the best heritage property in the world.