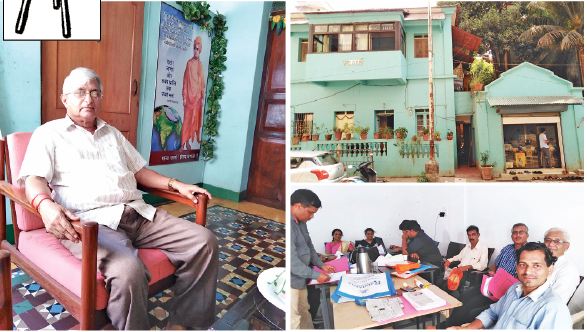 At home: (Clockwise from top) Former RSS Chief Subhash Velingkar, of the Goa Surakhsha Manch now… in search of of cleaner politics and governance; his heritage home; GSM meeting in progress

Subhash Velingkar of the Goa Suraksha Manch would make for a surprising and refreshing change if he wins the forthcoming Panaji by-elections, a Panaji born and bred boy his love for Panaji is unquestionable….