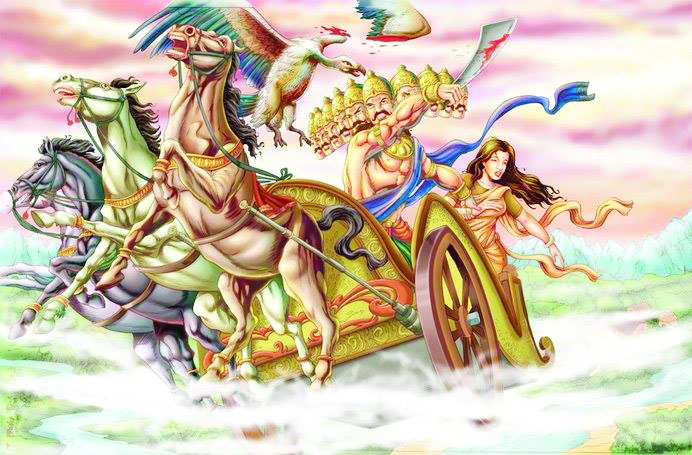 IT’S not easy to turn a blind eye to the politics of our times if you live in a political household, my dears! In my household of two we’re very political, throw in a couple of friends who these days are wondering if there’s anyone worth voting for in this Sunday’s Panaji constituency elections. Who will you vote for? I asked a friend who takes her vote seriously (as it should be if you take democracy seriously).
We were discussing the strangeness of how in politics original heroes may turn out to be villains and original villains turn out to be heroes with shifting fame and fortunes. This is always happening quite simply because the call of politics today is not to be loyal to the greater good of the people or country – but to narcissistically love and be loyal to self and the greater good of biwi-bache and family, friends, well-wishers, etc. It’s the old, old story of you scratch my back, I’ll scratch yours for mutual benefit, and so it goes till we become deaf, dumb and blind to the fact that life is worth living only in harmonious togetherness and not in solitary independence or grandeur!
SAY along with a fall in evergreen moral values (inculcated by our religions including the excellent epics of Hinduism Ramayan and Mahabharat) we’ve also lost the objectivity required to be sensitive enough to see life beyond self, we constantly think – me more, morel, more while you less, less, less. Study the scene-scenery around as they say in Hindi films!
All this on my mind these days because of the Panaji constituency by-elections in the air with final week drawing to a close, with the main contenders for the political throne now cruising the streets of Panaji urging folk to vote for them and then see how smart city Panaji flies.
I just want Panaji to be a happy city and am happy if it retains the serenity of a small riverside town… let whatever high-rise Panaji city on the cards come up elsewhere on some barren rocks I don’t have to be a part of! I’m vastly amused by all the political manifestos coming my way these days singing the glories of BJP’s Sidharth Kuncalienker, Congress’ Babush Monseratte, Goa Suraksha Manch’s Subhash Velingkar or Aam Aadmi Party’s Valmiki Naik… who am I going to vote for?
Actually…er…if you don’t mind…I won’t tell you or maybe I haven’t made up my mind! All I’d like to remind voters here is that sometimes the truth is what we fail to see until it is fait accompli or so to speak…for example, see in the present context folk are busy comparing so-and-so politician to Ram or Ravan (of Ramayan fame). Hey, what if we turn around common perception and ask who exactly is a Ram or a Ravan? What if who we think is Ram is really Ravan in disguise or who we think is Ravan really more like Ram in disguise?

The older I get the more I learn that the truth is usually deceptively layered, camouflaged. There is my truth, your truth — and the actual truth. Think about it. Just because our perception is that Ram was a maryada purshotam goody two-shoes and Ravan did a lot of reprehensible things including abducting Ram’s faithful wife Sita — does this mean Ravan is evil through and through with nothing to recommend him?
Then remember there’s all that stuff about how post-abduction and custody in Ravan’s kingdom, Sita is gossiped about in Ayodhya as a fallen woman…no longer pure enough to be Ram’s wife! A forlorn Sita chose to disappear underground with Mother Earth, presumably committed suicide in shame???
WELL, that’s my understanding and in that case in my eyes at least Ram is some kind of a coward! Couldn’t be charitable enough to forgive his wife of long standing, who wandered through 14 years of vanvas in the jungle with him and entourage…which suddenly reminds me, our Governor Mridula Sinha has written a book titled “Did Sita Forgive Ram?” The question arises, why should Ram forgive Sita? Depending on through whose eyes you see the situation in toto — male or female! Was it Sita’s fault if she had no choice but to sojourn with Ravan in his kingdom for some time….well, those were other times, more judgmental, less forgiving especially when it came to women.
If you’re asking me this Ram comes across as rather stupid male chauvinist to take gossips seriously but not his wife’s plight and predicament! Give me Lord Krishna any day, who released 16,000 women in warfare and then, finding their families rejected them as widows, married all of them to grant them respectability! At least that’s how the gist of the story goes. If I remember even Draupadi in trouble thought of Lord Krishna and not Lord Ram! No Hindu woman in distress would call on Lord Ram for help! If Ram and Krishna stood for elections whom would you vote for? All the women I know would vote Lord Krishna! Point is if you’re down on their knees in a crisis, whoever comes to your rescue will be a hero in your eyes — even if it is Ravan. So, my dears, who is Ram and who Ravan?
I’ll leave you to come to your own conclusions vis-à-vis Panaji by-elections and who’s Ram and who’s Ravan before casting your vote!
On that note it’s avjo, poiteverem, selamat datang, au revoir, arrivedecci and vachun yetta here for now.