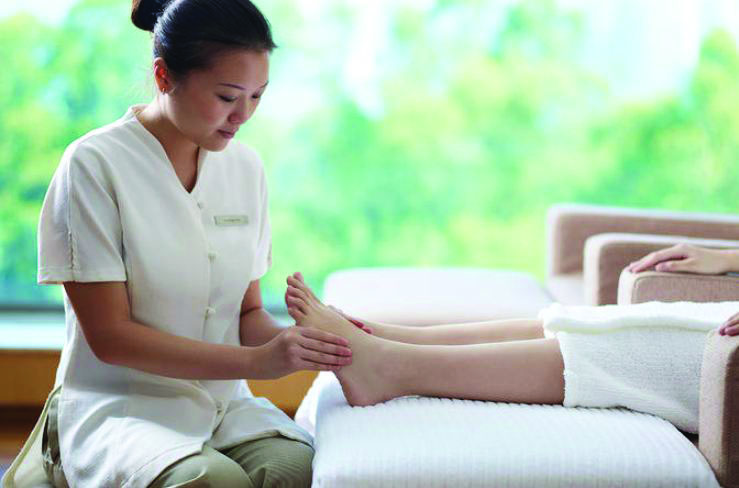 MONOPOLY: Beauty parlors in Goa have become the monopoly of girls from Nagaland and to a small extent from Thailand as both the salaries and the tips are very attractive

Rapid urbanisation and consequent migration has had an unintended positive result — urban areas are slowly becoming a melting pot of castes and cultures. Migration rarely has anything to do with culture. Migrants are more concerned with wages. Goa for instance offers `500 a day compared to neighbouring Belgaum which offers less than `100 for unskilled labour. This economic logic guides large scale migration from States which are doing economically badly, to States which are flourishing and this is creating a new fusion…

URBANISATION has killed caste to a large extent. Admittedly we still have stories of oppression of the lowest castes and even lynching. But the cases of lynching related to minorities are part of the greater agenda of Modi’s Hindutva.
The reason why caste in its worst form is dying is because of rapid urbanisation. The largest number of labour in rural areas was needed during harvesting time. With the introduction of combine harvesters and other modern agricultural technology, farmers have largely taken to mechanization, successfully farming using tractors and combine harvesters with a mere 20% of the labour. The remaining 80% migrate if not to Bombay and Kolkata, then to the nearest urban centre as the only jobs that are available for unskilled labour are in urban centres.
This is because in many urban areas, as in Goa, locals are generally educated and ‘modern’ and will not do what they consider menial jobs like sweeping, swabbing and least of all, cleaning toilets, creating a need for an influx of unskilled labour.
As farming and distribution of farm products became more and more, and mechanized mass migration started, the initial migration was from the BIMARU states (Bihar, MP, UP, Rajasthan, Orissa) to major urban areas like Mumbai. Thereafter, as smaller towns such as Nasik developed, Hindu migration spread wider.
The index of migration depends on how well the home state is doing. When Nitish Kumar became the Chief Minister of Bihar and launched a number of developmental programmes, the number of Biharis migrating to Mumbai fell. However, the number of Biharis and UP bhaiyas in Mumbai is already so large that if they go on strike they can paralyse the city.
While the Biharis do most of the manual labour in Mumbai, in the markets the newspaper trade, both at the wholesale level and at the retail level, is dominated by the UP bhaiyas. In fact I have personally seen the Indian Express wholesaler being approached by the owner, Ramnath Goenka, for support and funds during the Emergency.
Every roadside newspaper stall, not to mention home delivery, is controlled by UP bhaiya. The bhaiya also control the milk trade in Mumbai and have set up thousands of tabela even though they are supposed to be illegal.

The number of Bihari and UP bhaiya is so huge that they form too large a vote bank to disturb. The Shiv Sena realized it and started an agitation against migrants, alleging that they were taking away jobs of Maharashtrian natives.
Looking back at my long years in Bombay, the only jobs on which the local Maharashtrians had a total monopoly was the distribution of lunch dabba to officegoers and the batatawada stalls. Since most people leave for work very early in the morning, as they have to travel long distances, they cannot have lunch at home. So the system evolved of dabbawalas belonging to a particular community in Maharashtra, filling a real need.
Dabbawalas pick up the lunch around 11:30 am and through a complex relay of groups of ten or more, indexed according to the destination it is intended for, upload and download the huge wooden crates carrying the dabbas and deliver them to the specific customers at exactly 1 pm.
Whoever designed the system must be a genius because there have been no repeated mistake of a single dabba not reaching on time or to the right office. A 125 year old operation, the dabbawala system shot to fame, with a Forbes Magazine article in 2002, which acknowledged them as having exceeded the criteria for Six Sigma certification. Although this is probably an exaggeration, case studies about the dabbawalas have become part of IIM (Ahmedabad) and even Harvard Business School.
The batatawada stalls were a contribution of the Shiv Sena. But neither dabbawala nor the batatawada stalls have been able to replace the deliberate closure of the textile mills in Central Bombay by mill owners in collusion with trade union mills to shut down. The land value on which the textile mills stood was much higher than the value of production of sales which is why lower Parel turned into upper Worli — the transition from a set of chawls to high-rise fancy apartments towering into the sky.
It is the chawls or slums built by mill owners to accumulate the workers who were largely from rural areas which are the only example of low cost accommodation in the country!
I can vouch for it, having stayed in a chawl which is a one-room place with an attached bathroom and a common toilet for each floor. It is claimed that many romances blossom while men and women wait in the queue to use the toilet, and even films have been made around toilets. But in my opinion it was the open balcony running through the floor where not just children but whole families spend their time, fostering a sense of kinship.

WHEN I first came to Goa there were very few migrants although the largest wave of migrants into Goa according to the census was in the generation 1961 to 1971 which followed the Liberation of Goa. The population jumped from 5.90 lakhs in 1960 to 7.95 lakhs in 1971. This is primarily because the Portuguese completely neglected education. They deliberately kept Goans backward. There were no schools, let alone colleges. They were just a few Portuguese schools for the upper class Catholics.
Some Hindu landlords employed teachers and set up schools in Marathi for their children and those of their tenants and mundkars. For the common Goan there was no access to education. Even worse there was no access to professional education like engineering or even industrial training institutes to teach simple skills like plumbing.
So much so when the Portuguese left Goa there was nobody to run the PWD or the Water Supply Department. Or build the roads and bridges that Liberated Goa needed. Before Liberation, Goa was not a state but a series of islands. To reach Panjim, the capital city, we had to cross two rivers with ferries, one at Cortalim, because there was no Zuari bridge, and one at Betim, as there was no Mandovi bridge.
I recall coming to Goa in 1975. It took us three hours to reach Panjim from Dabolim. Dabolim itself was like a shed with hardly two or three flights coming every day.
The other big source of migration in the ‘60s and ‘70s was the import of labour from Karnataka to work at the Mormugao port at the Goa Shipyard, under the patronage of the then Minister for Ports Shaikh Hassan Haroon who had been elected from Vasco to the first Goa Legislative Assembly.

MIGRATION to Goa, as to Bombay, has been a continuous process. This is primary because Mumbai and Goa offer the highest rates for casual labour. And the rates kept increasing with increasing migration of Goans. Thanks to Portuguese passports, thousands of Goans managed to go to UK. Paddy fields were deserted as Goans were not interested in agriculture. The community of barbers in Mala gave up the job of haircutting for what they saw as more respectable jobs. Each created a vacancy filled by migrants.
Unskilled worker with no experience at all can command 500 a day in Goa. The situation has become worse after people from other States decided to re-locate or acquire holiday homes in Goa. They could afford to pay more and drove wages up with competition for drivers and maid servants. Maid servants who would charge1,500 in the early ‘80s now demand a minimum of 5,000. At the rental Dempo bhat villa I live in, I have to pay500 to `800 for a day’s work.
Maybe due to Swami Adityanth and the ban on beef, all the barbers of UP seem to have migrated to Goa and replaced the traditional Goan barbers. In the last two decades I have not found a single Goan barber.
The markets, excepting fish markets, are controlled by Muslims in every city in Goa. Even in the case of the fish markets the wholesale importer and exporter who was involved in the formalin controversy was an Ibrahim Shaikh.
Shopkeepers and waiters in restaurants are all bhaile or ghanti, as outsiders in Goa are called.

THERE is a remapping of India going on. The concept of linguistic states no longer exits. No one wants to remain in a particular state because he is a Kannadiga or a Bengali. With increased globalisation people move wherever they need to in order to find jobs. It is a constant churn till you find a place which offers you the highest wage for the job that you are familiar with. There is no caste, creed, community among the migrants. Necessity brings them all together and in Dempo bhat there are Kannadigas, Nepalis, and even some from UP and Bihar.
I know dozens of Naga girls who have moved from Bangalore and even Delhi to Goa because it is here that they get the biggest tips if not salaries.
The mass migration across the country every year is not a surprise because it is driven by economic factors. The migration is now southward as the southern states like Tamil Nadu, Karnataka, Andhra Pradesh and Kerala offer the highest wages.
As in Goa, most of the people in Kerala migrated abroad and their jobs are taken by migrants. The only advantage Goa has over Kerala is most people in Goa at least understand Hindi while no one will speak to you in Hindi in Kerala which is very proud of its language.
This is part of a global trend. Worldwide there is large scale migration happening. For some strange reason the largest group of migrants are Muslims. The majority of them are fleeing harassment and prosecution in Yemen and Iran.
The biggest cause is the continuing battle between the Sunni of Iran and the Shia of Iraq — the two largest Muslim religious groups in the Arab world. To escape the fighting Muslims migrate to countries in Europe. Recently, the Chancellor of Germany, Angela Merkel, expressed the fear that by 2040 Germany would be an Islamic country. The fact remains that Islam is the largest growing religion in the world, next to Buddhism.
Fortunately, India is too diverse to be converted into a Hindu state as Modi wants it to be. India and China will hopefully keep the doors open for a global order where everyone will be paid according to need and want.