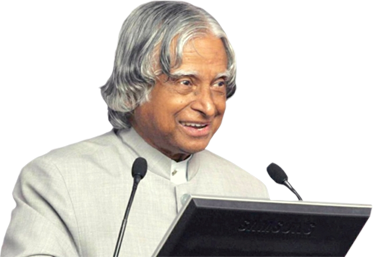 DROPPED: The standards of the prestigious DD Kosambi Festival of Ideas has dropped with much loved speakers like Faye D’Souza being dropped at the last moment

And a few stray thoughts on the Chinese coronavirus spreading to the tourism paradise of Goa. The first victim of coronavirus in Goa is incidentally not a Goan but a tourist from Delhi. Apparently, the suspected coronavirus patient had returned from China and come holidaying in Goa when the virus symptoms showed up. But the chances of Goans themselves catching the virus are very high as relations between China and Goa have increased greatly since the Chinese Olympics.
The most vulnerable are the mine owners who are among the biggest suppliers to the Chinese market. Goan mine owners first discovered the Chinese market for iron ore in the run up to the Olympics in China 2008. China decided to create massive new infrastructure with a view to impressing the world about China’s technological capabilities. The main stadium called Bird’s Nest was an unique example of modern architecture. Since large quantities of steel was necessary Chine started importing steel from all over the world. The advantage China has is that its steel units could manufacture steel from even iron ore dust, unlike other importers of iron ore like Japan and South Korea. Historically, iron ore from Goa which has low FE content and largely in powder form and just part of the processing mix in steel manufacturing plants in Japan and South Korea. Goa was among the biggest beneficiary and taking advantage of the opportunity produced an excess of iron ore heaps beyond authorized capacity. Every mining lease is permitted to extract a fixed quantity of ore to maintain inter-generation equity. However, Goan mine owners ignored permitted limits and made hay while the Chinese sun shone on them.
Indeed, the Shah Commission estimated that illegal over production was to the extent of `35,000 crore. Cases are still going on against the 86 mining leases which exceeded the capacity. During the Chinese export boom thousands if not lakhs of Goans visited China. Some Goans have even set up industrial units in China. So much so the risk of Goans catching the coronavirus is very real and high.
There are many rumors about the coronavirus. It is reported to have originated in the Wuhan province of China. It is reported to be similar to swine flu which caused havoc the world over including Goa. Goa being a tourist destination is vulnerable to any kind of virus from the common flu to AIDS and now the coronavirus. Not to be confused with the Tata retail outlet Corona which are the largest sellers of computer equipment and have open an outlet near Mall De Goa at Porvorim. The problem with the new viruses that keep getting discovered is that they are very contagious and spread very fast. Since they are a new generation of virus a cure for them has yet to be found.
Fortunately, there have been only about a hundred deaths because of the coranavirus so far, most of them in China. Among the advice provided by both the Chinese government and the Infection Agencies is to ensure that you do not come close to a coronavirus suspect. It is transmitted through the air from human to human. The symptoms are very much like that of the common flu excepting that they are much more severe. Common precautionary steps prescribed include covering your nose, mouth and washing hands frequently. The Goa government has set up a coronavirus isolation ward with 30 beds at the GMC. There is also a proposal to set up another quarantine center at Chicalim. Unfortunately, Goa does not have a lab for checking new viruses and samples have to be sent to the National Virological Laboratory in Pune for confirming the coronavirus. Though the focus is on visitors to China and Indians who have visited China in the recent past, you can catch the virus from any of the charter tourists who come from UK and Russia. So if you catch a cold take precautions and ensure that you stay away from people with cold infections till you are sure it is not a case of coronavirus.

AND a few stray thoughts on the Vigilance Panel’s indictment of former Chief Minister Laxmikant Parsekar, former Secretary for Mines Sains and former Director of Mines Prassana Acharya. Pramod Sawant has been insisting that the verdict of the Vigilance Commission is only a recommendation and it is not mandatory for the State to act on it. The Vigilance Commission disputes the claims of the CM and has directed the government to register a First Information Report against the concerned persons. Neither of the three found guilty by the Vigilance Commission are any longer involved with the Mining Department. Laxmikant Parsekar is no longer the chief minister and the Mines Secretary Prassana Acharya have been transferred out to another department. The primary issue is the renewal of the leases of 86 mines by the trio and found guilty by the Mining Department. The State government renewed the leases even as an investigation was going on into their illegal actions during the Chinese export boom. The Goa Foundation which had initiated the first case against the mine owners in Goa which led to the suspension of mining challenged the renewal of the leases by the State government. The Supreme Court ruled in favor of the Goa Foundation and declared that the renewal of the 86 leases was illegal.
As Laxmikant Parsekar has correctly pointed out the government seems to have singled him out for punishment. Every CM in the State from Pratapsingh Raoji Rane to the late Manohar Parrikar and still very much around Digambar Kamat have been accused of collusion with the mine owner. Rane and Digambar Kamat have been accused of condoning the delay in conversion of the concessions granted by the Portuguese into leases in 1987. Mining was not very popular or profitable till there was a huge surge in demand from China. Just before the Chinese Olympics many unused concessions were sought to be converted into leases as late as 2006. The conversion had to be done within three months of the Mining Department at the center in 1987 directing the conversion of concessions into leases. Former CMS Rane and Digambar Kamat who were indicted by the Shah commission for exceeding the time given for condoning the delay in conversion from concessions into leases.
The three chief ministers from Digambar to Rane to finally Parrikar were also accused of permitting mine owners for procuring even 1,000 percent of the authorized. Whatever the merits of the case it has to be admitted that suspension of mining has caused huge losses to Goa. The State has been losing over Rs3,000 crore on a count of royalty and other fees and taxes levied on the mining industry. The collateral damage by way of huge loss of jobs has affected the economy. It is estimated that directly or indirectly over three lakh mining employed lost their jobs. This includes not only those working in the mines but also those engaged in the transportation of the iron ore.
An entire economy had developed in the mining areas which included repair shops, restaurants and even jewelry shops patronized by dependents of those working in the mines. The government is responsible for its financial state because instead of forcing rich mine owners to compensate the mining dependent it has spent tax-payers money for subsidizing mining dependent workers.