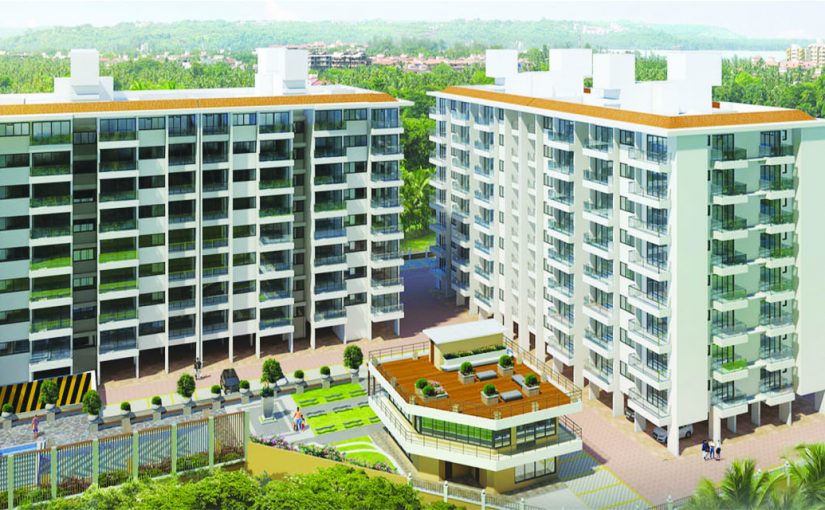 INCREASED: The prices of real estate are expected to shoot out of the sky because of the increase in stamp duty and conversion charges in the latest budget.

AND a few stray thoughts for yet another Saturday. For a Saturday following the week when the birthright of Goans was tampered with by Chief Minister Pramod Sawant. For a Saturday following the week when the already high prices for real estate shot up, increasing taxes. For a Saturday following the week when the CM claimed unfairly that 85% of the crimes like murder and rape were committed by migrants. For a Saturday following the week when the CAG report exposed the widespread corruption in the state. For a Saturday following the week when the Supreme Court ruled that reservations for promotions for scheduled castes and scheduled tribes was not mandatory.
AND a few stray thoughts on the Chief Minister Pramod Sawant tampering with the birthright of niz Goenkar. Niz Goenkar have always believed that they have a fundamental right to drink liquor, particularly fenny at very reasonable prices. Indeed, fenny is supposed to have medical properties and a spoonful of fenny is even given to small children. One of the main issues in the Opinion Poll which was held in 1967 was the fate of liquor in Goa. At that time there was total prohibition at least officially in the state of Maharashtra, when Moraji Desai was the chief minister. It was the Goan aunty who filled in the gap and supplied liquor to those who could not do without their daily quota of fenny and other country liquor.
The enterprising Goan ladies of Dhobi Talao in Mumbai and Dadar converted their drawing rooms into bars with the daughters doing the serving. The added attraction was the boiled chana which was supplied free with the alcohol. The atmosphere was so friendly that the best artists and authors preferred to drink in these Aunties’ bars rather than go to a restaurant even after prohibition was lifted. Even now in theory you require a permit costing a few rupees to drink in a public bar in Goa. The main worry of those who were against merger of Goa with Maharashtra was that Moraji Desai and his successor of VP Naik would extend prohibition to the then Union Territory of Goa also.
Then Maharashtra Chief Minister Vasantrao Naik even made a special visit to Goa to re-ensure niz Goenkar that prohibition would not be extended to Goa. Besides, the popularity of the fenny which recently acquired GPS distinction, every mass in every church could not be conducted without wine. The wine that the presiding priest sipped on was meant to represent the blood of Christ. It all goes back to the last supper when our Lord Jesus Christ proclaimed that he was offering his body represented by the bread and the wine which represented his blood. This was just before Lord Jesus Christ was betrayed by Judas, one of his disciples, for 30 pieces of silver from Roman authorities.

AND a few stray thoughts on the Comptroller & Auditor General of India (CAG) on the performance of the various departments of the government of Goa. CAG is a central government organisation entrusted with the audit of the accounts of various government departments. The latest CAG report has revealed that at least four departments of the government of Goa have been guilty of misappropriation of large sums of money. The CAG report has also pointed out that delay in compilation of major products, including in the South Goa District Hospital is because of delay in paying contractors for work they have already done. Even former CM Manohar Parrikar’s dream project of the Atal Sethu is not complete because L & T, leading engineering company, has not been paid for completion of the Ponda and Panjim approach roads to the Atal Sethu bridge. The majority of the road contractors have abandoned work because they have not been paid. There are no takers for fresh tenders issued by the government as the contractors are not confident that they will get their payments.
COMMENTING on the financial status of the government CAG has revealed that loans to the state government have exceeded 20,000 crore, on which interest and principle has to be repaid every year and this itself amounts to more than10,000 crore. CAG has also exposed large scale corruption in the Industrial Development Corporation where plots have been allotted without following proper procedures. The IDC was primarily responsible for misusing its power to allot land meant for the special economic zone to builders and those who had nothing to do with exports. The CAG has chased up the government for delay in several major projects like the super-speciality block of the GMC. The GPCC chief has accused the Pramod Sawant government of a major scam in the allotment of the `40 crore tender allegedly to Wellness Forever for supplying medicines to the GMC.
Historically, the GMC has only bought medicines directly from the manufacturer or pharmacies run by Goa. Antibiotic Ltd which is a government company. Talking about government companies most of the public sector companies run by the state government are sick. The worst case is the Kadamba Transport Corporation where the bulk of the original capital has been wiped out.
Other sick companies include GAPL and Goa Automobiles which are supposed to be converted into a helicopter repair facility. Goa Dairy and Sanjeevani Sugar Factory are also in bad shape. The problem with the CAG reports is that the government departments concerned are supposed to report back to CAG on the action taken by them on observations made. This seldom happens and every CAG report carries a backlog of failure of concerned departments in taking corrective action.

AND a last stray thought on the SC verdict that it is not mandatory for central or state governments to provide reservations in promotion to scheduled castes and schedule tribes. Historically, a certain proportion of seats in government colleges and jobs in government departments have been reserved for scheduled caste and scheduled tribes. The original motive was to give these tribes to catch up with the better upper castes who had denied them opportunities for education and employment. Unfortunately, reservations for the lowest of the low was diluted when politically powerful upper classes started claiming that they were also backward to get the reservations. More and more communities like the Marathas who control Maharashtra and the Jats who control the major states in North India started demanding reservations.
Despite the SC order that the total of reservations should not exceed 50% there are many states like Tamil Nadu where the reservations are 100%. In addition to the reservations there are also the provisions for minority communities to set up their own colleges and reserve not only seats but teaching posts for their own community under Article 30 under the Constitution. Which is why you have an Aligarh Muslim University and a Jamia University.
Most of the Church schools have a right to give preference to members of their own community. The present controversy is not about reservations but about promotions. Several state governments had introduced reservations not only for the original job but also for promotions. The SC has now made it clear that there cannot be reservations for promotions which will have to be strictly on merit. The BJP is very worried because they will lose their SC and ST votes.