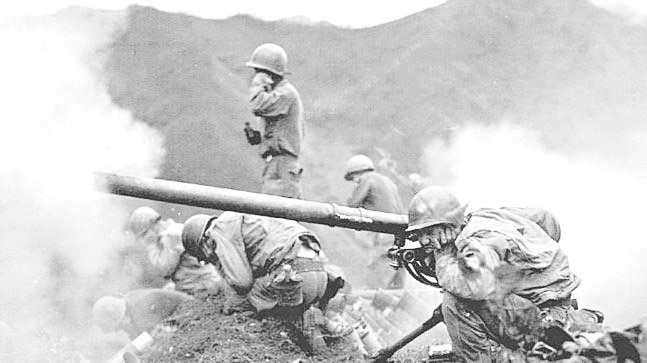 ACTION REPLAY: The Aksai Chin conflict of 1962 between India and China is repeating itself and confronting India with the two enemies of Covid-19 on one hand and war on the other hand.

And a few stray thoughts on my yet to be learned manners of how to eat with a knife and fork. Even more horrifying is the thought of eating with chopsticks. Which is why I get intimidated if I ever visit a Chinese restaurant. I am primarily a vegetarian by choice and not because I object to eating any animal in the world. But having been born and brought up in an orthodox Tamil Brahmin household and not having eaten any non-vegetarian food till I was 20 years, it has kind of become difficult to become a convert to non-veg food. Not that I have not tasted the entire range of non-veg cuisine.
I became a journalist at the age of 20. As a reporter and sub-editor in The Financial Express, the financial daily of the Indian Express group, the only place I could afford to eat was in five-star hotels. The then owner of the Indian Express group way back in 1968, Ramnath Goenka, was a kanjoos and paid very badly. His logic was that since journalists were invited for so many press conference lunches and dinners they only needed pocket money. So much so there were times when I used to have lunch at the The Taj Mahal Hotel and dinner at The Oberoi, and later walk back home because I did not have bus fare!

I have tasted and tried eating not only beef, pork and mutton, and fish, but even exotic dishes like black caviar which are the eggs of a very rare fish variety and can cost up to Rs50,000 per plate. I have had lunch and dinner with some of the top industrialists in the country including the late JRD Tata, chairperson of the Tata Group of Companies, at the revolving restaurant at the Taj Gateway. This was the first luxury hotel built by an Indian business house. The story goes that JRD was very angry when he was denied accommodation in some of the best hotels while in the United States. Which is why he decided to start the best hotels in the world in India.
I have spent almost two weeks on Air India One, the special plane hijacked by the Prime Minister when he goes on international visits. I had the privilege of travelling with then Prime Minister Dr Manmohan Singh to Brazil and Cuba in 2006. The distances were so huge that half the fortnight’s trip was spent on board the aircraft. But all the 30 journalists travelling with the PM were in the First Class which meant that they had a straight flatbed to sleep on. And throughout the journey we were served delicious food from the world over with champagne.

dining with the queen

I have had the privilege of dining with the Queen of England at her Buckingham Palace in London during a visit to the UK with then President of India Ramaswamy Venkataraman. Who like me was a Tamil Brahmin and did not eat anything non-vegetarian. And I have always eaten with my fingers — carefully setting aside cutlery like knife and fork. Nobody of course raised their eyes because even at Buckingham Palace it was the chief guest the President of India who set a precedent by eating with his hands rather fork and knife.
I can appreciate that when it comes to eating meats and fish a fork and knife is useful. You cannot cut a steak with your fingers. But it is nothing to be ashamed of if you use your fingers to eat any food. I mentioning all this here as a leading industrialist in Goa had no hesitation on the request of family friend Pascoal Menezes to teach him how to use Western-styled cutlery like knife and fork on the eve of his first visit abroad. Coincidently, the 110th anniversary of the late Pascoal Menezes, was celebrated on Wednesday, just a week after the birth anniversary of his close friend VM Salgaocar.

AND a few stray thoughts on the action replay of the Indo-Sino conflict of 1962. Those were the days when Jawaharlala Nehru was the prime minister of the country and the high priest of non-alignment. Which meant that India would maintain an equal relationship with all countries whether it was the all powerful United States or the Communist Chinese republic. Nehru was a Marxist and a great admirer of the two big Communist powers the Soviet Union and China. He was particularly close to Chou En-Lai. Those were the days of Hindu-Chini bhai bhai and there was great friendship between India and China. Many of Nehru’s friends warned him that China would betray him.
But Nehru and his Marxist Defence Minister VK Krishna Menon continued to embrace China. When the Chinese PM visited India there were great celebrations all over the country. To the utter shock of Nehru and Krishna Menon the Chinese launched a major attack and indeed captured a large portion of Indian territory in Arunachal Pradesh which borders China. The international community intervened to stop the war and a line of actual control was established. Which meant that the two countries would stop the war but retained whatever land they had already captured at the time of the ceasefire.
This time around it has been even more shocking. Prime Minister Narendra Modi has been claiming to be an even greater friend of the Chinese President Xi Jinping who it is alleged has unleashed the coronavirus on the world. Many of the leading countries in the world and particularly the United States have alleged that Covid19 is part of a biological welfare arsenal of China. US President Donald Trump has openly charged that Covid19 was created in a Wuhan district virology lab.
It is perhaps more than a coincidence that even as Covid19 continues to rage in the United States and Modi’s great friend China reports no more new cases, to embarrass and humiliate Narendra Modi, China has launched a war against India in Ladakh. Thousands of Chinese soldiers have occupied large parts of Indian territory in Ladakh. This time around however India is matching them blow for blow. The Indian army has matched the Chinese army and was not caught by surprise as in 1962.

China has always been jealous of India. There has always been rivalry between India and China as to who will be the second largest world power if not the largest after the United States. Now it seems obvious that besides destroying the economy of India with Covid19 the Chinese are determined to capture as much Indian territory as possible. The biggest bone of contention between India and China has been Arunachal Pradesh where an actual line of control was created after the 1962 war. China continues to show large parts of Arunachal Pradesh as part of Chinese territory and objects strongly whenever any senior Indian leader Narendra Modi visits AP which China believes is its territory.

AND a few stray thoughts on the lockdowns imposed by the rich and powerful of the country in addition to the lockdown imposed by Narendra Modi. The bold and the beautiful and rich and powerful live in their own plush gated colonies. Like for instance we have Aldeia de Goa in Bambolim, the 10-storeyed Shalom, the huge gated complexes like Models Millennium, Ocean Park built by Joe Mathais which has tens of thousands of flats, some built on more than 5,000 square feet areas.
It is bad enough that under Narendra Modi’s lockdown you cannot step out of the house on to the street between 7pm to 7am. Even during the day during the earlier phases of the lockdown everything was shut including offices, factories, hotels and restaurants. The only concession was that you could break the curfew and go out to get your household needs during a few hours of break in the morning and evening. But the conceited, arrogant managing committees of the ultra-rich gated colonies made the situation worse for their relatively less prosperous neighbours.
The managing committee of gated colonies like Models Millennium do not let any outsiders enter the colony premises. This includes not only newspaper delivery boys but also maid servants. With the result that very sophisticated and highly educated senior citizens in their 80s have to sweep and mop their own four bedroom apartments, bathrooms and kitchen utensils. This is an act of utter cruelty and committee members of such societies should be prosecuted by the Human Rights Commission for violating the rights of the senior citizens. The arrogant attitude of these highbrow society committee have also deprived thousands of maid servants of a job during the lockdown period. Which is perhaps why a bus load of Nepali women dependent on domestic jobs left Mapusa for Nepal on Tuesday last.

The situation in the super luxurious Gera Complex at Caranzalem is even worse. They do not permit friends to visit for lunch or dinner or a cup of tea. It’s very embarrassing since all restaurants are closed and you cannot meet friends out either. A friend decided to cook something at home to share with a resident of Gera complex. She was not permitted into the complex because the complex watchman stopped stopped all outsiders from entering the complex. The ostensible logic being that any outsider, even if it be the chief minister or governor of Goa may bring in infection to spread to residents! Someone may be Covid19 negative but asymptomatic.
We have also the instance of Bollywood bombshell Pooja Bedi holidaying in her flat in Goa under the pretext of being under quarantine. She has stolen the maid servants of her neighbours by paying them huge amounts of money. The consequence is that senior citizens living in neighbouring villas where the maids also went in to work were agitated and horrified, the same maids going to and fro. To those from Red Zone Mumbai and next to Green Zone Goan homes! Naturally the Goans told their common maid to take a holiday till they had finished with Pooja Bedi.

AND a last stray thought on the mass movement of migrants from highly industrialised areas of the country to the backward bimaru states of India. In the recent past thousands of trains and buses have been taking back migrant workers of UP, MP, Bihar, Rajasthan and Jharkhand (home of cricket hero MS Dhoni) back to their home states. This is because following the lockdown all mega industrial units in Mumbai, Pune, Chennai, Bangalore, shut down.
With the shutdown of mega industrial units like Tata Motors and Hero Honda and Bajaj all the ancillary units too closed down. The ancillary units are the backbone of the industry as it is here that workers make the hundreds of components, nuts and bolts of Mercedes cars. The over whelming majority of the employees of the ancillary units are daily wagers. With the lockdown they lost their jobs. They were thrown out of their rented accommodation. They ran out of money to stay on, buy food to eat. Nor could they go back to their native villages where they had home, family and land waiting for help to be cultivated – because there was no transportation. The most tragic symbol of the lockdown was the pathetic sign of men, women and children trudging thousands of kilometres back to their home states.
To add to their misery when they reach their home towns they would probably be home quarantined and not permitted to step out. Their parents and relatives to whom they sent money may not even take them back — for while they may welcome money, they do not want coronavirus.