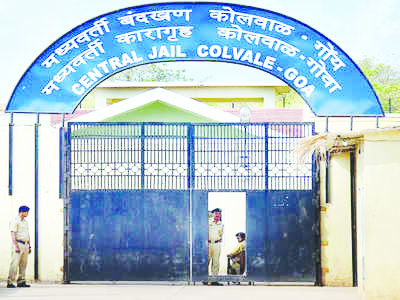 Containment of areas which have a high density of positive Covid-19 cases is justifiable. But it cannot be misused to extend the containment indefinitely without rhyme or reason…..

UNDOUBTEDLY Covid-19 is a deadly disaster. India continues to lead the world not only in the number of fresh cases daily but also the number of mortalities. Sunday alone witnessed 1,000 deaths and positive cases crossed four lakh. The number of fresh cases daily in India now exceeds that of the United States and Brazil. Locally, the situation is equally grim. On August 9, 2020, the state of Goa recorded 506 new cases, the largest in any single day, according to Health Minister Vishwajit Rane. It is now obvious that you cannot mix Covid-19 patients with other patients. It has been discovered that more than 20 doctors and dozens of nurses and ward boys in the Goa Medical College itself have got the viral infection. Some of the positive patients were accommodated at the GMC because there was no room for them at the Covid-19 ESI hospital in Margao.

Moreover, patients coming in for other serious health problems such as heart attacks or even their weekly kidney dialysis were apparently infected and passed it on to doctors and other medical staff. To the extent that now it has been decided that if you want to undergo any treatment in the GMC you will have to undergo the Covid-19 rapid antigen test. Those who are scheduled for surgery have to in addition also undergo the RC-PCR test, still considered the gold standard amongst tests for Covid-19.
If Covid-19 warriors themselves get infected what will be the administration or people do? As Dr Oscar Rebelo has rightly pointed out, the desperate need is for additional healthcare staff ranging from nurses to physiotherapists to administration managers. “We need people, and more people to man the war zone.” There is also a desperate need for volunteers. Forget about friends and neighbours, even members of a patient’s family are not willing to visit you if you have the contagion.
There is a provision for an attendant for every patient admitted in the ESI hospital in Margao. Perhaps one of the reasons for the complete recovery of Cuncolim MLA Clafasio Dias was that his son stood by his bedside for four weeks while he was in the hospital! Apart from looking after his father’s physical need, this loyalty was a major physiological boost for his father. Even in cases of patients who choose to self-isolate themselves, they cannot manage without an attendant. Attendants are difficult or impossible to find even during post-treatment period after serious medical conditions like heart attack or cancer.
During my almost one month stay at the ICU of the GMC after an alleged heart attack I could not find an attendant for love or for money. Of course, my wife Tara was there but she could not be there all the time as she also had to attend to the office. When I asked a so called private caretakers agency to send me an attendant a tall tough looking teenager from Nagaland in Nike shoes appeared, he had apparently just arrived and had little training and could not even speak Hindi, forget Konkani. There is no risk in being a volunteer because you are provided with all the safety equipment that you require including personal protection equipment. But it is unlikely that many people will volunteer considering that most Goans are reluctant to even donate blood for members of their family undergoing an surgery. Most of us have this totally unwarranted fear that if we donate blood we will become weak!

As part of our contribution to fight Covid-19 we are starting a WhatsApp group where people can volunteer to an attendant to reduce the burden on the medical staff. What we are most worried about is the continuing increase in number of cases in Goa. What started at Mangor Hill and was limited in the beginning to the Mormugoa taluka has spread the entire state over. Last Sunday alone saw apparently 17 new cases in the slum behind the College of Architecture at Altinho. Civic officials had to make desperate appeals to for residents to relocate to other parts of the state if they could. What was worse was that some of the residents of Gomtinagar who were confirmed cases were employed in the GMC. This seems to be the pattern where the majority of cases are popping up in slums. It started in the slums of Mormugoa taluka. It spread to Indiranagar slum in Chimbel. The pandemic rapidly spread to the vote bank population of former chief minister Digambar Kamat, Moti Dongor.
In capital city Panaji the largest number of cases were in the slum colony behind the College of Architecture at Altinho where there are 40 hutments. So far 17 of the residents of the slum have proved positive and the rest have been vacated from the region. If one looks at the surge in cases it is mostly in slums and industrial estates. The single largest number of cases exceeding 100 was at Tulip Diagnostic pharma company located at the Verna Industrial Estate. Three industrial units in Verna have shut down. Similarly, there is pressure to shut down the Cuncolim Industrial Estate following the discovery of the large number of positive cases there.
Initially, the Centre divided districts in the country into green, orange and red zones depending on number of positive cases in each district. The districts which were put in the red category were completely locked down. In the orange category the restriction was not so severe. In the green category which Goa took so much pride and belonging to there were no restriction in the beginning, excepting for general rules like maintaining a safe distance, washing and sanitizing hands frequently and regularly.
I am inclined to believe that it was Delhi Chief Minister Arvind Kejriwal who introduced the concept of containment when Delhi witnessed a very rapid increase in the number of cases. It was Delhi and Mumbai which headed the list till recently, though now the southern states of Tamil Nadu and Karnataka haven taken a lead. And of course Goa, the state which boasted that it was a green state without a single case up to two months ago.

The logic behind containment is to prevent the people in a high density infected area from spreading the infection. In a sense the people who lived in the containment zones were considered super spreaders. Unfortunately, unlike in every other small aspect of managing Covid-19 no standard operating procedure was laid down for containment. What areas would be contained was at the total discretion of the local mamladar. The collectors of both north and south Goa who are the ultimate authorities on declaring and lifting containment are outsiders and do not know ground reality. This led to complete misuse and distortion of power to declare an area a containment zone. Camarabhat though a large slum on the banks of the St Inez Creek or filthy nallah was opened up from containment after five weeks only recently. The worst victims of the containment of Camarabhat were the residents of Panaji and employees of the Corporation of the City of Panaji. This is because 90% of the garbage collection team and CCP truck drivers live in badly maintained Camarabhat tenements. It was declared a containment zone when two Covid-19 positive cases were recorded. In the presumption that because it was a slum the people living in Camarabhat would spread it to the rest of the city the containment kept getting extended to more than a month. Even though no fresh cases of Covid-19 positive were recorded in Camrabhat. I don’t even know whether at least the CCP employees were tested for the infection.
An even worst case of total misuse and abuse of authority was at Dempobhat where I have both my residence and office. Just opposite my office lives a large joint family of munkars, some 17 residents. In addition they had built small cubicles to rent out to Nepali migrants. One of the daughters of the matriarch who had got married to a boy in Cumbarjua returned home to pay a visit to her mother in the second week of July. During her two-day stay at Dempobhat her cough and cold symptoms became worse and she was shifted to a Covid-19 centre. All the 17 members of her extended family got themselves tested and were found negative. Even the Nepali servants got tested and found negative. Despite this the containment kept getting extended.

We can understand a containment area being extended to 14 days which is considered the maturity period during which symptoms could appear. In the case of Dempobhat there were no positive cases excepting for the one case. Within a fortnight the daughter recovered completely and was back at her in-laws.
The mamlatdar sent emisseries and the containment kept getting renewed although the coast was clear to open up the area bit the extension of containment continued and restlessness caught up with those whose movements were restricted. Extension without rhyme or reason can be dangerous because it sets a precedent in deprivation of the citizens’ liberties. There were of course snide remarks that residents in the containment area had nothing to complain about as they were getting free provisions without going to sarkari work! Which is not true because migrant residents who earn daily wages would not be paid if they did not report to work.

Besides free provisions have a bearing on the largesse of taxpayers money for they also went to perfectly healthy residents. It was only after I decided to run interference and spoke to the collector to explain the situation, the containment was finally lifted. But the bigger tragedy is that the area’s councillor was least bothered to monitor the situation at Dempobhat on a daily basis to see for herself the situation at ground level. I am as concerned as any other citizen about containing and eliminating the spread of Covid-19 in Goa and the country. I totally agree that if a large number of Covid-19 cases are found in a specific area such as the Tulip Diagnostic pharma unit in Verna it should be brought under a containment zone. Which means that nobody can go in and out of the containment zone demarked by barriers and manned by police. Constables posted would not let anyone go in and out of a containment zone.
I understand that one member of the affected families is permitted to go out to buy essentials. But the grim ground reality is that for the period of containment those who are of daily wages lose their livelihood. They may get free rations, vegetables and even milk. But they don’t have money to pay the rent for the small units they have hired. It’s a terrible waste of time and money from a social point of view. There should be containment where necessary. But it should be monitored at a senior level. Indefinite containment without monitoring is like the National Security Act which empowers the police to arrest and keep anyone in jail for six months without bail or no questions asked. Covid-19 containment zones do not have to become prolonged and extended jail sentences for the people affected by the contagion.