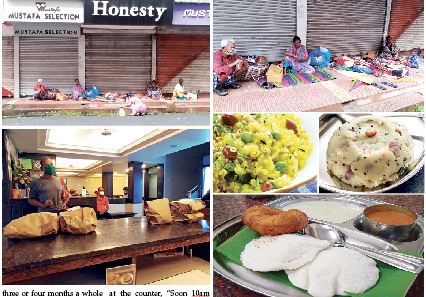 The times, they are a-changing in Panaji, Goa…family of beggars migrated from Pune, they set up home on pavements like this one opposite Navtara; the 50% discount offer from 8am to 9am on the menu makes many turn up to avail of the discount, but the service can do better; and my perennially favorite Udipi fare for a Sunday morning breakfast: idli, medhvada, poha, upma! Of the four the last two are easiest and fastest to turn out and the Navtara poha is savory and good.