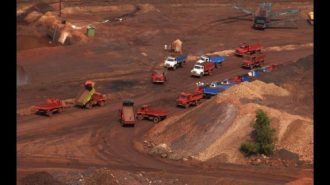 And a few stray thoughts for yet another Saturday. For a Saturday following the week when the Education department decided to resume standard 10th and 12th classes from November 21, 2020. For a Saturday following the week when the National Wildlife Board has not yet got around to taking a decision on double tracking of the South Western Railway. For a Saturday following the week when NGOs protested against the shooting of a soft-porn video at the Chapoli dam at Canacona taluka. For a Saturday following the week when fundamentalist Muslims went on a rampage in Europe.
And a few stray thoughts on the decision to resume 10th and 12th standard classes for students from November 21 after the Diwali holiday. The Diwali holidays themselves have been cut down drastically. Going by the government decision 40,000 students of standard 10th and 12th will resume regular classes after a gap of eight months due to the Covid-19 pandemic. No decision has been taken on resuming classes in primary to middle school. Even in the case of the 10th and 12th standard the standard operation procedure has not been announced.
According to the Central SOP schools which are outside containment zones have been allowed to re-open. This does not apply to Goa as it has no containment zone. The Central SOP stipulates that schools have to undertake proper cleaning and sanitization of the educational complexes. There must be provision of sanitizers, toilet disinfectants, also staggering of time-table classes along with other health and hygiene protocols easily accessible. The stake holders and particularly parents and teachers have consented to the re-opening of 10th and 12th standard classes. Providing the Covid-19 situation is well under control.
Though the number of Covid-19 cases are falling this may be deceptive as they may go up again with the return of Goa’s uncontrolled and unsupervised tourism season. But how the various guidelines particularly thermal screening and physical distancing will be maintained has still not been clarified by the government. Thermal screening includes the sanitization of surfaces besides making sure students and teachers are protected. Given that the classrooms have fixed capacity and are already over-crowded physical distancing might prove to be the biggest problem.
Presumably since the primary and middle school sections are not been opened students will be distributed across the school and shifts will be achieved to meet the goal of physical distancing.

AND a few stray thoughts on Islamic terrorists going on a rampage in France and Europe. There have been several cases of attacks by individual and groups of terrorist shouting Allah-hu-Akbar in France where several people have been killed. In a more recent incident five people died including one of the attackers and 17 others wounded in a shooting in the heart of Vienna, the capital of Austria, hours before a coronavirus lockdown started.
Interestingly, the dead attacker was a 20 years old Austrian-North Macedonian dual national who had a previous terror conviction. The Australian authorities confirm that Tuesday’s attack was clearly an Islamic terrorist attack. “It was an attack of hatred for our fundamental values, hatred for our way of life, hatred for our democracy in which all people have equal rights and dignity. The largest number of Islamic terrorist attacks have taken place in France which bans the display of any religious symbols in public. For instance you cannot go to school in France wearing a bindi or a turban or hijab or any other symbol which might distinguish you as belonging to a particular religion. There has been a general feeling that France has gone to the other extreme in insisting on treating all citizens as equal. The most brazen attack by Islamic fundamentalist in France was on the office of the popular publication “Charlie Hebdo” devoted to cartoons, which had published a caricature of Prophet Mohammad.
Under Islamic laws it is considered an Act of Blasphemy (insult) to portray Prophet Mohammad in any manner. Prophet Mohammad images may not be represented in any way. The closest representation of Prophet Mohammad is the Kaaba in Mecca. Besides Frances several countries in Europe and the UK also ban any public display of religious symbols.
However, the Sikh community has succeeded even in persuading the British government to permit Sikh members in Britain’s Royal Guards to wear a turban. However, in France there has been a long history of hostility between Muslims and the French over the occupation of Algeria, a Muslim state, by France. Even after the liberation of Algeria some of the bitterness still continuous. The extreme form of democracy now being implemented in France is probably against the experience of the French revolution when public committees decided to chop of the heads of the aristocratic classes including royalty like king and queens in public where the French revolutionaries had set up the infamous guillotine. It’s a history lesson like no other.

AND a few stray thoughts on the National Wildlife Board holding back permission for double tracking of the South Western Railway. The railway passes through Tinalghat, Castlerock and Caranzol and also through protected areas like Dandeli-Anshi tiger reserve and the Bhagwan Mahavir Wildlife Sanctuary, besides the Mollem National Park. The last station of the South Western Railway in Goa is Mollem while Castlerock (located at top of the famous Dudhsagar falls in Karnataka).
The Dehradun-based NWB is expected to conduct a detailed study to come up with remedial measures to protect the wildlife and natural habitat of the areas being acquired for double tracking. The primary objection according to the chief wildlife warden of Karnataka is that the area proposed for double tracking passes through a tiger reserved site. Ot may be recalled that in the recent past the pug marks of several tigers were found in the Sattari district on the border of Karnataka. The South Western Railway has submitted a proposal for diversion of 138.39 hectares of forest land under the Forest Conservation Act for doubling the tracks from Castlerock to Collem. Out of this 128.294 hectares fall in the Bhagwan Mahavir Wildlife Sanctuary.
Last Sunday night down south Goa thousands of protestors gathered at the railway track at Chandor and Guirdolim to block work of double tracking. Not only the NGOs but several senior cabinet ministers including ruling party BJP’s Nilesh Cabral and Michael Lobo have been insisting that the objective of double tracking is to build a coal corridor to facilitate the Jindal factory and Adani thermal power station in Hospet at Bellary — though Chief Minister Pramod Sawant is denying that the double tracking is meant for the literal doubling of the amount of coal to be transported from the Vasco-da-Gama railway station to Bengaluru through the mining district of Hospet and Bellary.

AND a few stray thoughts on the former chief minister and current leader of the Congress Legislative party Digambar Kamat being acquitted in the Praful Hede illegal mining case. This is very significant as two other former chief ministers, Pratapsingh Rane and the late Manohar Parrikar were also implicated in similar cases of illegal condonation of the mines beyond the time limit. In 1989 the Central government decided to convert all the ore concessions granted by the Portuguese government into leases as was the practise in the rest of the country. A time limit of six months was granted for the concessions to convert themselves into leases.
Many concession holders did not bother to convert their concessions to leases. This was because mining of ore was not profitable then. The price per ton in the international market was only 19 to 20 dollars per ton. This changed dramatically when China was allotted the 2004 Olympics. China wanted to demonstrate that it was the most developed country in the world. It built grand new stadiums including the Bird’s Nest. Indeed, till the late 90s the only importers of Goan ore were Japan and North Korea. This was because the iron content in the ore extracted in Goa was very low and often below 55%.
Moreover the ore available in Goa was in the form of fines (powder) which was not suitable for the manufacture of steel. Even in the case of Japan and Korea the ore was only used with higher grade qualities of ore in the mix. But when China was awarded the Olympics the situation changed dramatically.
It literally built hundreds of new stadiums were with the huge quantities of steel imported into China. As mentioned earlier the centrepiece of the infrastructure created by China for the Olympics was titled Bird’s Nest and it was made entirely of steel. Suddenly the demand for ore shot up from an average of 17 to 20 dollar to as high as 200 dollar a tonne.
Many of the concessions which had been abandoned suddenly became very valuable. So much so many of the concession holders like Praful Hede, a senior leader of the National Congress party, delayed in converting the concession into a lease condoned by Chief Minister Digambar Kamat. Similarly, dozens of other concessions was also condoned by Digambar Kamat, Pratapsingh Rane and Manohar Parrikar even as late as 2002. The Shah Commission which conducted an enquiry into the illegal extraction of ore valued at Rs 35,000 accused Digambar Kamat and the other two former CMs of illegally condoning the delay in converting the concessions.
In the case of the then Chief Minister Digambar Kamat he was accused of condoning the delay in securing a lease by Praful Hede for his mine in Collem. A special court was constituted and a case was filed against Digambar Kamat and several others. Fortunately for Digambar Kamat the special court judge Edgar Fernandes discharged Former CM Digambar Kamat of the charge of condoning the delay in conversion of the concession into a lease by Praful Hede. The special judge pointed out that the condonation was done not by the State government but by the Central government since the Ores & Mines department came under the Central government.
The order of the Mines department was issued under the Companies Act which is also under the jurisdiction of the Central government. Praful Hede has been accused of extracting ore from the Collem mine between 1998 and 2007 illegally without a lease and Digambar Kamat was also charged for permitting illegal extraction of ore from the Collem mine.
And talking about Collem and Mollem it may perhaps be appropriate to recall a joke often cracked by the late Dr Wilfred D’Souza. Dr Wilfred D’Souza used to talk about two women travelling in the South Western Railway from Goa to Bengaluru. When the train approached Mollem Station one of the ladies started screaming “molestation!” The other ladies under the impression that she had missed her station told her that they had only passed Collem station and that Mollem station has still to arrive!
PORNO SHOOTING