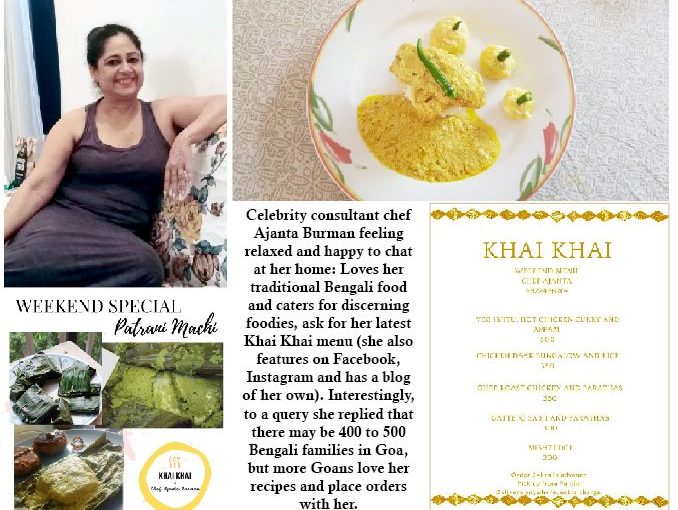 Celebrity consultant chef Ajanta Burman feeling relaxed and happy to chat at her home: Loves her traditional Bengali food and caters for discerning foodies, ask for her latest Khai Khai menu (she also features on Facebook, Instagram and has a blog of her own). Interestingly, to a query she replied that there may be 400 to 500 Bengali families in Goa, but more Goans love her recipes and place orders with her.

Take a bow Ajanta Burman, homemaker extraordinary and home cook with a magical Bengali touch, you’ll be left licking your lips an fingers!