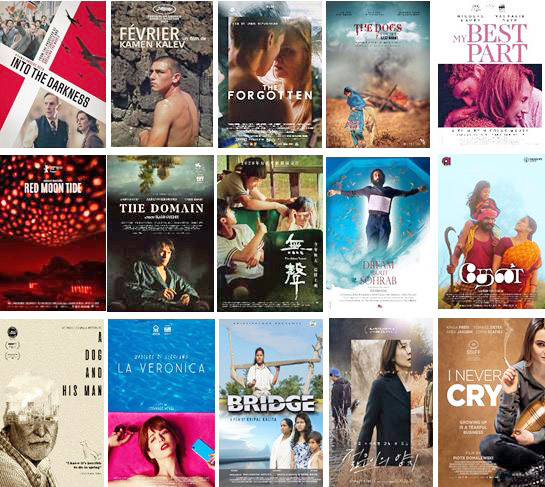 Covid-19 or no Covid-19 the 51 IFFI will take place from January 16 to 24, 2021 in Panaji, Goa and holds out the promise of lots of films worth viewing… although much of it will be online viewing this time around.

WHATEVER the status of the Covid-19 pandemic in India’s smallest state Goa, last’s year’s postponed 51st International Film Festival of India is now all set to roll come Saturday, January 16, 2021. It didn’t take place in November last year because of the pandemic and lockdowns which many people were at the mercy of and of course still are although in less stressful circumsances perhaps.

One may consider this IFFI it as one of the highlights of the year-long celebrations of Goa’s 60th Liberation Day,  although presumably the 52nd IFFI will be taking place in November later this year in 2021. It is clearly a case of in the stiff upper crust mode that the show must go on and the 51st IFFI will commence on Jan 16 and conclude on Jan 24. This one will be the shadow of the Covid-19 contagion and menace which is very much around.

Reportedly 60 percent of one of Goa’s much looked forward to good cinema event will be virtually online, while there is the promise that many films will be screened on the big screen with precautions in place. The Entertainment Society of Goa is expecting 200 guests although it is not clear how many delegates from outside Goa will register and turn up, many most probably  preferring to wait till the November IFFI edition later in the year.

The jury panel has been confirmed with Argentine filmmaker Pablo Cesar heading the panel and the others  comprising of Sri Lankan filmmaker Prasanna Vithange, Abu Bakr Shawky (Austria), Priyadarshan (India) and Rubaiyat Hossain (Bangladesh) – however, only three jury members have agreed to travel to Goa for the festival while the others will do the honors virtually.

Fifteen films are competing in the International Section, the three entries from India are namely, `Bridge’  by Kripal Kalita (Assamese), `A Dog and His Man’ (Chhattisgarhi) by Siddharth Tripathy and `Thaen’ (Tamil) by Ganesh Vinayakan.

Going by current reports as many as 224 films will be screened under different sections at this so described  hybrid IFFI (which cannot totally ignore the Covid-19 pandemic). The opening film announced is Danish filmmaker Thomas Vinterberg’s `Another Round’ which stars actor Mads Mikkelsen, this film was Denmark’s official entry for Oscars 2020 and the storyline revolves around weary high school teachers experimenting with the liberating effects of alcohol. The concluding or  curtains down film on January 24 is the historical drama `Wife of A Spy’ by Kiyoshi Kurosawa. The Japanese film bagged the Silver Lion for Best Director at the Venice International Festival and is having its India premiere at the 51st IFFI in Goa.

The Entertainment Society of Goa has also announced a special section for Goan films in Konkani and Marathi. Needless to say it’s left to be seen if the nine-day film festival will make Goans, who’ve undoubtedly become ardent cinegoers at least during IFFI time in Goa, take their chances with Covid-19 to see a film or two virtually and non-virtually!

Many of the razzmatazz events of the social-cultural kind will be absent for this 51st IFFI with socializing at a minimum. According to ESG’s Vice-President Subhash Phal Desai, registrations for the festival have opened and it will be on a first-come-first-serve basis.  ESG sources say even the budget has been heavily curtailed and they don’t expect to do an expenditure of more than say an estimated Rs10-Rs12 crore! This is to reiterate that IFFI was founded in 1952 and is considered one of the most significant film festivals of South Asia. It is organized and conducted jointly by the Directorate of Film Festivals (under the Ministry of Information & Broadcasting) and the Government of Goa.