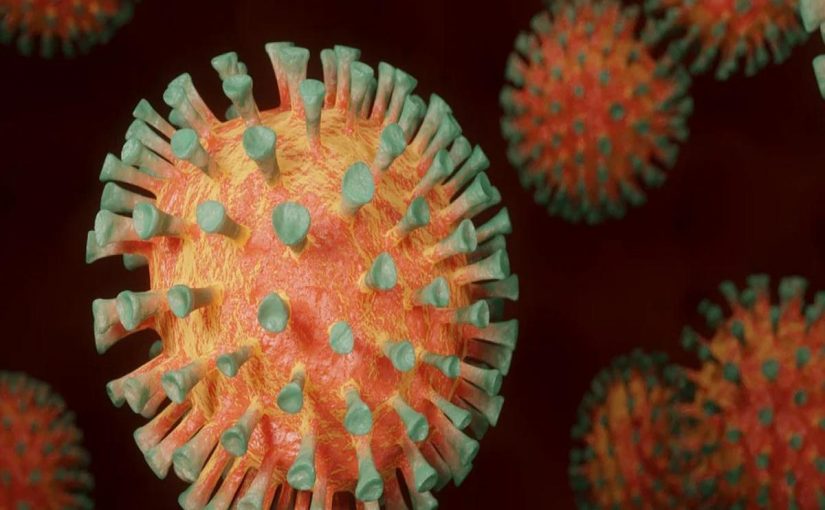 DEADLY: The new virus differs from Covid-19 on 16 points and it transmits faster, targets the young and does not give many a second chance.

The new variant of Covid-19 mutant virus has got out of control in the UK because of the speed with which it spreads. Within days the virus had affected not only the UK, but Ireland, Scotland and Wales too. The Oxford vaccine is reportedly equally effective against the mutant strain…

New Coronavirus strain in UK: India and several other countries have suspended flights to and from the UK. What mutations have led to the Coronavirus variant that has caused concern? How rapidly has it spread? And will it impact vaccination?
On Monday India suspended all flights from and to the UK until December 31, amid concerns about a new variant of SARS-CoV-2 that is “spreading & growing rapidly” there. Several other countries, too, have suspended UK flights and imposed travel restrictions.

What are these concerns leading to travel restrictions?

Last week, the new SARS-CoV-2 variant was revealed to be the reason behind the rapid surge in Covid-19 cases in South and East England. It is being referred to as VUI (Variant Under Investigation) 202012/01, or the B.1.1.7 lineage.
“Over the last few days, thanks to our world-class genomic capability, we have identified a new variant of the coronavirus, which may be associated with the faster spread in the South of England,” UK Health Secretary Matt Hancock told the House of commons on December 14. UK authorities have already notified the World Health Organization about the variant.
Public Health England (PHE) announced that 1,108 cases with this variant have been identified as of December 13, “predominantly in the South and East of England”. “PHE is working with partners to investigate and plans to share its findings over the next 2 weeks,” it said.

The variant was identified in genomic surveillance by COVID-19 Genomics UK (COG-UK), a consortium that analyses genome sequencing data from the UK. COG-UK is the largest contributor to the global Covid-19 database GISAID.
The variant is the result of multiple mutations in the spike protein of the novel coronavirus SARS-CoV-2, as well as mutations in other genomic regions of the RNA virus. Preliminary analysis suggests that it is more transmissible than previously circulating variants. COG-UK identified one of these mutations as “N501Y”, in an area of the spike protein that binds to a key protein in the human cell, the ACE2 receptor. This was an indication that the alterations may, theoretically, result in the virus becoming more infectious. “Efforts are underway to confirm whether or not any of these mutations are contributing to increased transmission,” the consortium said.
On Sunday, PHE said data from whole-genome sequencing, epidemiology and modelling suggests that the new variant “transmits more easily than other strains”.
However, it also emphasised that there is “no evidence” that the variant is more likely to cause severe disease or mortality. “… But we are continuing investigations to understand this better,” it said. It said mortality is a “lagging indicator” and it will “continually monitor this over the coming weeks”.
PHE has said it does not know yet the mechanism for this increase in transmission. “We know that mutations in the spike protein, the part of the virus that makes it infectious, can change how the virus interacts with human cells,” it said.
It said the evidence shows that infection rates in geographical areas where this particular strain has been circulating have increased faster than expected, and the modelling evidence has demonstrated that this variant has a higher transmission rate than other variants in current circulation.

How much of a concern is the higher transmissibility?

On December 18, New and Emerging Respiratory Virus Threats Advisory Group (NERVTAG), which advises the UK government on the threat posed by new and emerging respiratory viruses, said the new variant could potentially ramp up the reproduction number of the disease by up to 0.93. It said it has “moderate confidence” that the new variant “demonstrates a substantial increase in transmissibility compared to other variants”.
The expert body, however, concluded that there is “currently insufficient data to draw any conclusion” on the underlying mechanism of increased transmissibility”, the age distribution of cases and disease severity. It has said 4 deaths in around 1,000 cases have been identified, but “further work is needed to compare this fatality rate with comparable data sets”.
“The location of the mutations in the receptor-binding domain of the spike glycoprotein raises the possibility that this variant is antigenically distinct from prior variants. Four probable reinfections have been identified amongst 915 subjects with this variant but further work is needed to compare this reinfection rate with comparable data sets,” it said.
On Sunday, a threat assessment brief published by European Centre for Disease Prevention and Control said phylogenetic analysis reveals that the “cluster differs by 29 nucleotide substitutions from the original Wuhan strain”. “Three sequences from Denmark and one from Australia, from samples collected in November 2020, cluster with the UK variant, most likely indicating that international spread has occurred, although the extent remains unknown,” it said.

But has the virus not mutated before?

Whenever a virus replicates and circulates in a human population, mutations occur naturally, at a rate of around one to two mutations per month in the global phylogeny.
In fact, for SARS-CoV-2, COG-UK says that there are currently around 4,000 mutations in the spike protein. The variant D614G was earlier the dominant strain because it spread very easily. Another strain that originated in Spanish farmworkers, 20A. EU1, spread rapidly across Europe in summer.
“It is difficult to predict whether any given mutation is important when it first emerges, against a backdrop of the continuous emergence of new mutations. Understanding their significance may be possible based on experimental work that shows a link between the mutation and a subtle change in virus biology. However, it would take considerable time and effort to test the effect of many thousands of combinations of mutations,” COG-UK said.

Will it impact vaccine development and response?

On Sunday, UK authorities said further laboratory work is being undertaken as a priority to understand this. “There is currently no evidence to suggest that the Pfizer vaccine would not protect people against the new strain,” PHE said