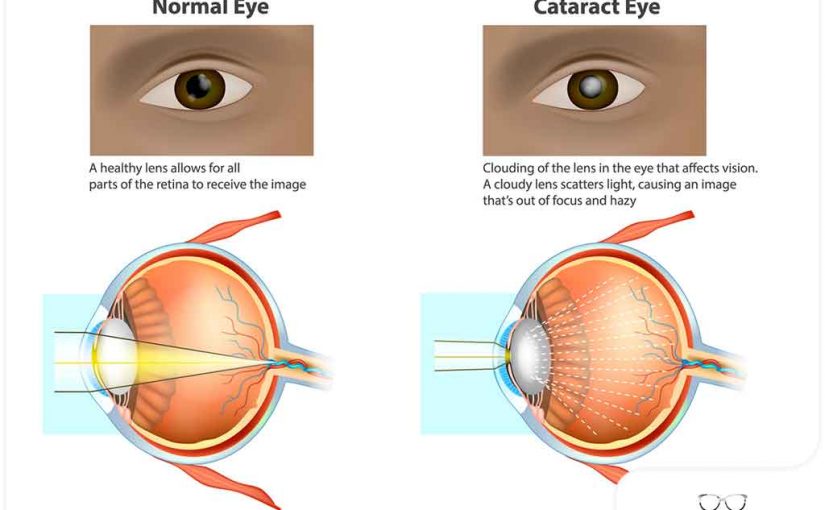 SOMETIMES the why’s are very important. I was in the operating theatre of the Manipal hospital for left eye cataract surgery and to my surprise, since it was a locally anaethesized eye surgery and although my left eye felt like a hard globe of stone, I was actually able to have a brief conversation with Dr Kaushik Dhume while he was doing my the surgery to insert a lens.
There was not an iota of feeling but under glare of high operating theater lights, as a lovely silvery with pink kaleidoscope danced in my sealed left eye, during a 40-minute deftly done operation, Dr Dhume said, you may talk! And I asked him why some people get cataracts while others don’t? How come I got cataracts in my eyes when I eat quite a bit of vitamin C rich fruit!
Never mind that the old adage is to eat a carrot a day if you want to hang on to your eyes. He replied, “Several reasons for cataracts and it could be genetic too. You move about a lot in the sun without protecting your eyes with good sunglasses…you need to protect the eyes against harmful ultra violet rays.” So it is true, all my life I’ve been an out of doors loafer and rarely, till recently, I started using sunglasses! But the damage of the years of roaming in the sunshine and eating dead food had done its radical damage and cataracts are one affliction no doctor can cure. There is no cure for cataracts. They have to be removed surgically with IOL implant and we have a choice of lens of course ranging from the economical to the most expensive.
What are eyes made up of? Mostly water and proteins which oxidize quickly, or slowly, over time form a curtain of dead protein matter atop the living lens of the eye. Say it is akin to rust formation on badly treated eyes. I tell Dr Dhume that there is medical talk of magical eye drops to dissolve cataracts and he replied it’s not so easy as erasing cataracts with eye drops, degeneration of the eyes with aging is is not so easy to deal with! One may not put some magical eye drops and just dissolve away the cataract film. The eye ball’s spherical shape is also there and as soft tissue degenerates vision gets affected too and then it just makes sense to deal with the cataract first by dissolving the original eye lens and inserting a doctored poly lens which lasts for the rest of one’s life. Vision improves but one may have to wear glasses for reading forever as I would have to do!
Powered poly eye lens range from the economical to the expensive and a selection has to be done for the appropriate one after studying the power degeneration in the eye…the eyes are the only visible organ of body beautiful and remember William Shakespeare? The literary chap who described the eyes as the windows of our soul – then we owe it to them to take care of them. And not take them for granted and abuse them in several ways.
Like what? Well, afternoon sunshine glare is bad, so protect your eyes from strong sunlight. Next, eat healthy and you must know how to define eating healthy – most of us don’t know and don’t care so it serves us right if our hospitals have become contemptuous money-spinning machines! Also, such things as maintaining weight and reducing alchohol intake helps and of course, manage your health problems ranging from diabetes to hypertension to whatever else.
By all means eat a carrot a day or drink a combo carrot-beetroot juice, it’s viamin A and the greens which contain a lot of anti-radical, anti-oxidant protection food for the eyes…so, educate yourself for the sake of your eyes. It’s no fun to lose your eyesight as we grow older or if there is some incident or trauma when young folk too lose their eyesight or it gets compromised. Imagine life without your eyes, just imagine.

NO 20/20 VISION
According to the National Eye Institute of USA many, at least 50% percent of Americans, have cataract formation in their eyes by the time they are in their 40s and 50s, their vision is affected by the time they’re in their 60s…when vision is compromised cataracts surgeries have to be done so that maximum vision is restored anew. Most times youthful 20/20 vision is gone with the wind but with the removal of immature or mature cataracts, vision may be restored in different gradations of power. After that it is up to you to respect your eyes for the rest of your life left to you!
Since most Americans drive vehicles it is imperative that they get their cataracts operated on and removed surgically. Sometimes careless surgery result in complications like infection, glaucoma, corneal scarring and all this can aggravate and take a toll of eyesight as we age. The most repeated eye surgery which takes place today is cataract removal surgery and in a sense medical science has moved forward from the old couching techniques to today’s phacoemulsification surgeries. IOLs or intraocular lens of various gradation play a role during this routine and are most common of eye surgeries.
If we do not end want to end with cataract formation basically we must understand this. That in it because of an overproduction of oxidants, which are oxygen molecules…they are chemically altered due to day to day living. Proteins break down and build up on the lens like a film or rust and so vision turns cloudy, because light cannot penetrate easily. There are three types of cataracts: nuclear sclerotic, cortical and posterior subcapsular. Of course, a lot of cataract formation is also trauma related and this kind if not arrested medically or lifestyle changes can move pretty fast.
The bottom line for today is we beware of all the radiation technology coming our way to make life more and more comfortable. Our fast-moving technology will take a toll on our senses if we don’t put in the protection planning first! So don’t get addicted to radiation technology in your life for hours on end without taking the precautions.
Find out what the precautions are and invest in them, don’t treat them with scant respect. Children today are in need of more and more laser eye surgeries to take care of their compromised eyesight courtesy all the time they so cursorily spend on magnetic radiation screens be it on their smart phones or computer screen or larger television LED screens at home.
Think about all this and how much technology you want in your life!