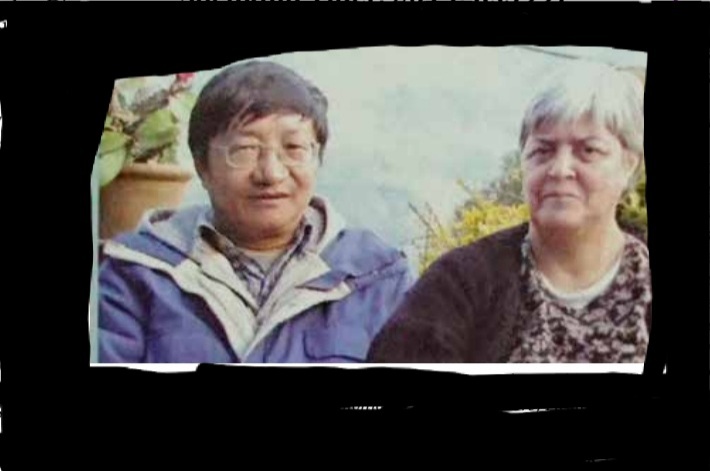 ARGUABLY the North East states of India offer the most complex and intriguing challenges when it comes to Central governance. Anyone seeking to understand the North East and Nagaland and the long-standing Naga nationalist movement must read this book titled Kuknalim Naga Armed Resistance, Testimonies of Leaders, Pastors, Healers and Soldier’ put together painstakingly by the well-known human rights activist and author of several books, Nandita Haksar, and her husband Sebastian M Hongray.

The book is the brightest a feather in their cap jointly for although she hails from a Kashmiri family (the daughter of PN Haksar), he knows his homeland Nagaland from the bottoms up roots and what ails it in small and large contexts. In a sense you may say the most commendable reading in such a book is the various voices of indigenous people who speak out so eloquently and passionately for their cause of being masters of the land on which they were born and which yielded their livelihood. It’s a right so easy to espouse and so difficult to achieve given all the conflicts of tribal and religious conversations courtesy Western Christian influences through colonial times and as much in the political realms of whose land, whose rights come first? Even as the people with the Mongolian features are part of the Indian identity politically, each of the eight states (Arunachal Pradesh, Assam, Manipur, Meghalaya, Mizoram, Nagaland, Tripura, Sikkim) have a personality of their own, some more so than the others. Of these perhaps Nagaland offers the most serious food for thought on the subject of belonging and what happens when religious missionaries of various Christian denominations (who think the world should be won for Christianity as much as Islam thinks it should be won for Islam, now presumably the Hindu nation desiring to flex its own perceived notions of superiority). Endless are the demons of religious chauvinism on the rise around the globe, to make short work of everything modern civilization has thus far achieved by enlightening the mind beyond race, caste, religion and whatever else, to forge the pathways of tolerant co-existence on mother earth. As far as India is concerned we need to read this book which offers a collection of points of view of the people of Nagaland (no different from the people of other North East states under the umbrella of the Indian Constitution)…if India can win the heart of Nagaland it wins the heart of the entire North East maybe! The book is a searing mirror to the souls of a people torn asunder by the primary aspirations of the Naga armed resistance. Religion is a strong bone of contention running through the history of Nagaland and the North East states and the authors endorse, “Religious intolerance is the hallmark of the times as is being demonstrated by the political developments in both India and Myanmar, and further afield in America. Unfortunately, the Naga nationalists have not been an exception to this trend.” This is an invaluably educative book and quite the first of its kind for it offers the narrative of the Naga national movement from the inside out (given the impeccable credentials of the authors). During the course of their respective concerns vis-à-vis the politics of human rights, they got to listen to many Naga nationalists in documented interviews in the late 1990s in Bangkok, Kathmandu, Dimapur and Delhi. The Indo-Naga conflict lasted more than seven decades with successive Indian prime ministers of India from Jawaharlal Nehru to today’s Narendra Modi still trying to resolve the conflicts. Conflicts arising from the period of the Naga national movement from World War II to 1997 when Naga nationalists under the NSCN (IM) entered into a ceasefire agreement with the Indian State and peace talks began. Kuknalim’ is truly an adventurous, groundbreaking work offering insights into the world of Naga insurgency and its geo-political significance. Agree or disagree it is vital that we as the people of this country engage with the people of the North East with several take home lessons from the Nagaland struggle for survival and to hang on to their identity and motherland even in the larger context of a divided Indian sub-continent.

INVASIONS
Many today think India could very well be a sub-continent of several countries in their own right instead of the one constitutional Indian identity emerging out of centuries of Muslim and Christian invasions and colonization. After all wasn’t Europe once upon a time just a mass of warring regions anxious to subdue and takeover one another’s kingdoms and wealth, not to mention religious victories, whatever they be?
Was it Moghul and British Raj colonialism which created ultimately a country as united in diversity as India? Or is this all so much grist for a changing political narrative which grinds exceedingly slowly to destroy or to create something worth striving for? Some questions will be answered in understanding this Nagaland saga of how the indigenous Naga people have resisted incursions into their territory to protect and hang on to what they undoubtedly have first rights – a common yet uncommon narrative recounted the world over. ‘Kuknalim’ requires a patient read because it deals with the complex questions of “identity politics: the role of religion in nationalism; and the sentiments that drive men and women to take up arms and endure extreme hardship in pursuit of their dreams.”
The Nagaland narrative is so much more than just the Nagaland narrative – it invokes just about every narrative which drives movements, insurrections and revolutions, for what is after all a search for the freedoms enshrined in universal human rights. What defines the freedom to live in wellbeing and pursuit of excellence?
This book is an extraordinary detailing of the many ups and downs which go into the process of doing justice in the Nagaland rigmarole of conflicts old and new and which started long before the 1990s to the present moment of future expectations. There is an earlier history when there was ceasefire in the 1960s but for this you must read an earlier book titled The Judgement that Never Came: Army Rule in North East India’ by Nandita Haksar, who sums up,As human rights activists, our stand was simple and clear: here can be no military solution to the Indo-Naga conflict. It can be resolved only through dialogue between the two parties to the conflict.’
Nagaland has come a long, long way in clueing us up about the intricacies of why insurrection begins and continues overtly and covertly, with the key question still haunting the mind: why is the peace the state seeks still unsatisfactory? Leaving the doors open for more trial and tribulation for a people who have suffered enormously at the hands of history and who surely deserve better.

ORIGINS OF THE NAGAS
ACCORDING to the oral traditions of many Naga tribes, their ancestors migrated from Yunnan in China. Some claim they were forced to leave during the construction of the Great Wall of China.
Having travelled from China through the jungles of Myanmar, the Nagas arrived at Makhel. The Naga tribes pronounce the name in different ways – Makhriffi, Meikhel, Mekroma, Mekharomei, Mckrimi, Makhel, or Makhriohfu – but there is no dispute over the exact location of the village or its significance.
Makhel is a small village near Sajouba, Tadubi village of Senapati district in Manipur on the border of Nagaland State. But Makhel existed long, long before the existence of Senapati, Manipur, or even India.
It is said this village became so prosperous that the people had to leave and migrate to different parts of the region. The community must have grown and flourished because there came a time when the land could no longer provide for all of them. It was time to move once again. It was a time of parting, a time to separate from one’s loved ones, search for new lands and establish new villages.
Before they dispersed, the people of Makhel planted a pear tree and under the tree they took a solemn oath that they would one day come together again. Even today the tree stands and is called Chutebu. No one was allowed to cut even a small branch of this sacred tree. Legend has it that anyone who tries to cut a branch will instantly fall to his death and a terrible storm will follow. However, if a branch of the tree broke on its own, the chief of Makhel would immediately send a message to all the people of Makhel and they would observe genna,’ during which period no one could go to the fields and all had to maintain a state of ritual purity. The fallen branch would be left to decay and return to the soil. This custom was practiced in living memory of Nagas before their conversion to Christianity. In 1880 a British army officer passing the village of Makhel noted that there was a pear tree which had stood for three or four hundred years, and was greatly venerated by the villagers. However, he did not discover the reason for this veneration. Often Naga scholars have described the tree as an apple tree in an attempt to link it to the Garden of Eden; they have not speculated on the symbolism of the pear tree. Pears are native to China. In ancient Chinese civilization, the pear tree symbolizes longevity and immortality. There is a Chinese superstition that pears should never be shared….sharing a pear would mean you separate from the person with whom you share the fruit. On January 1, 1992, a monolith was erected at the site of the pear tree (Chutebu) and the inscription on the monolith reads:This tree is known as the oldest tree in the history of the Nagas…This tree still stands as a symbol of unity and oneness of the whole Naga tribes…’