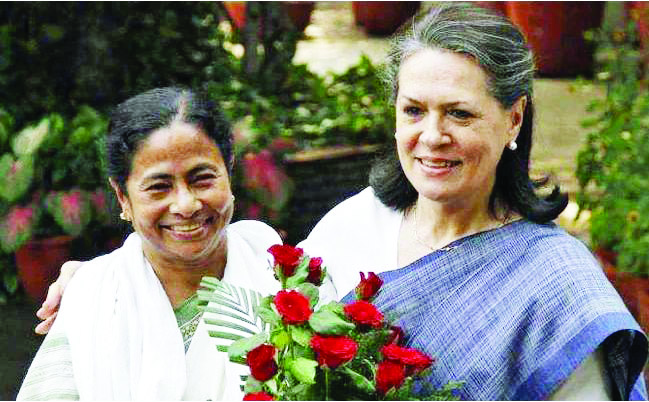 BJP WANTS TO OCCUPY YOUR MIND SPACE
AND a few stray thoughts on Prashant Kishor in his latest clarification has stated that he is against the BJP because it is trying to capture the cytological mind set of people of Goa. Prashant Kishor pointed out that the BJP wants more than your vote. It wants to completely dominate the country. In the past also there have been parties which have won more seats than the BJP won in 2014. But they did not try to impose their will on the people. There have been parties which have got a bigger majority then the BJP. We have seen parties which have ruled India for more years than the BJP. The BJP wants not only the vote. It wants to interfere on what you want to eat. It wants to interfere with what you wear. It wants to interfere with whom you marry. The BJP wants to wipe out the opposition. It is the right of any party to want to win. But it is not right to wipe out the opposition. The BJP government cannot claim that nothing has happened in the last 70 years. They did not have a monopoly on development. The greatest threat is that they will create a dictatorship. Which is why Prashant Kishor is very anxious that BJP should not come back to power. The Democracy should not be reduced to a dictatorship like in China and the Soviet Union. Prashant Kishor had already clarified that when he commented that the BJP will be in power for another two decades it was because of his disperse with the Congress party was not reforming itself. That it was still a leaderless party. Prashant Kishor believed that all opposition parties should come together as they did in the elections that followed the emergency declared by the late Indira Gandhi.

MAMATA FOR PM IN 2024
THE primary objective of Prashant Kishor, who heads the Indian Political Action Committee (I-PAC), wants to remove the BJP from the states it is now governing. Prashant claims to have played a major role in the victory of Nitesh Kumar in Bihar. He also claims he was instrumental in the victory of Arvind Kejriwal in Delhi; Stalin in Tamil Nadu. Uddhav Thackeray in Maharashtra and above all the thumping victory of Mamta Banerjee in West Bengal, not once but twice. Thanks to Prashant, Mamata won the West Bengal elections as well as the bye-elections.

CHALLENGE TO MODI
THE goal of Mamata, who has hired Prashant, is to challenge Narendra Modi in the 2024 in the Parliamentary elections for the prime minister’s post. In the meanwhile, Prashant is determined that the BJP should be defeated in all the states governed by it, starting with Goa and including the largest state of the country Uttar Pradesh, which has 80 members in Parliament. But I and several of Prashant’s fans are disturbed by his statements that “the BJP will continue to be in power for another two decades. The BJP will win the 2024 elections to Parliament. Which means Mamata will not get an opportunity to become a prime minister.”

PRASHANT SAYS “MISQUOTED”
THE I-PAC team keeps insisting that the statement made by Prashant was conditional. That he made the statement in the context of a question asked to him. He qualified that unless Congress gets its act together it will be not be possible to dislodge the BJP. Unfortunately, as Prashant Kishor should know, media ignored the explanations and only focused on his statement that the BJP will be in power for another 20 years. All of us still hope that the “Nazi” BJP government will be defeated in 2024.

PEOPLE DEMORALISED
WITH the statement that it will be difficult to defeat BJP in 2024 people are demoralised. What happened to the magician who got Modi elected twice and won nine elections? Has Prashant Kishor forgotten that despite the India Shining Campaign, Atal Bihari Vajpaye lost the elections. Has he forgotten that despite the Emergency, the late Indira Gandhi was elected to power with a huge majority?
Do not get carried away by the BJP hype on Hindutava. We are not a Hindu nation but a secular democratic nation. If Prashant Kishor can get Modi elected he can also get him and his party removed. We are not angry with Prashant Kishor. We are disappointed that he has admitted defeat so easily. We are confident that people of India will support I-PAC and Prashant Kishor to liberate us from the India’s Taliban.

BJP’S NO TO UTPAL
AND a few stray thoughts on why the BJP refused to give Utpal Parrikar, son of late Manohar Parrikar, a ticket for Panaji. The Bharatiya Janata party (BJP) prefers to give the ticket for the Panaji constituency to Babush Monserrate, who represents Panaji. It was Babush who came to the rescue of the BJP when Goa Forward and Sudin Dhavlikar withdrew support to the BJP, after the sad death of the late Manohar Parikar due to pancreatic cancer. The BJP government led by Pramod Sawant, actually the chosen one to succeed Parrikar as the chief minister, lost its majority in the assembly. It was Babush Monserate who persuaded ten of the Congress MLA’s to defect to the BJP.
It may be recalled that two of the Congress MLAs, namely Vishwajit Rane and Mauvin Goundinho, had resigned from the Congress and had got themselves re-elected on the BJP ticket. The strength of the Congress party which had secured 17 of the 40 seats in the Assembly first fell to 15. Following the defection of the 10, Congress party was reduced to 5 MLAs Earlier also in 2002 Babush had come to the help of Manohar Parrikar by resigning his own seat as a Congress MLA and getting re-elected as a BJP member. He also persuaded Pandurang Madkaikar, Isidore Fernandes and Francis Silveira, to resign as Congress MLAs and got them elected as the BJP MLA’s.
The BJP is in a fix. If it gives the ticket to Utpal Parrikar, son of the late Manohar Parrikar, there is no guarantee that he will win the Panaji Assembly seat. This is because Babush Monserate is bound to contest the Panjim seat if not as a BJP candidate as an Independent or on behalf of the Nationalist Congress of Sharad Pawar, or even Mamata-didi’s Trinamool Congress or Arvind Kejriwal’s Aam Aadmi party.
Babush Monserrate does not have to contest on any party’s ticket. He does not need political parties. It is the other way round, it is the political parties who are running after Babush. Babush has proven that he can contest on any party ticket and win the elections. Babush can not only win the Panaji Assembly seat but can win all the five assembly seat in Tiswadi taluka.
His wife Jennifer is the MLA of Taleigao constituency. His protégée Tony Fernandes, owner of Red Rosary school is the MLA of Santa Cruz. Francis Silveira, who is part of the Babush group, is the MLA of St Andre. Pandurang Madaikar, who keeps bad health, may be replaced by Uday Madkaikar.
This is why the local BJP is reluctant to give Utpal the ticket for the Panjim constituency. The BJP does not have enough winnable candidates and does not want to lose the five seats of Tiswadi. Besides, perhaps the biggest reason, Babush has the money to finance the election expenses of all five candidates.

AMIT AGAINST DYNASTY
UNFORTUNATELY for Goa the BJP says it is against dynasty politics, it is against the national policy of the BJP. When Home Minister Amit Shah visited Goa recently, he told Babush bluntly that the BJP does not believe in dynasties. The BJP policy is only for one ticket per family. Which means no ticket for Jennifer Monserrate and son Rohit Monserrate who is currently the mayor of Panjim, or the other chamcha of the Babush family.
It is left to be seen whether Pramod Sawant will be able to get Babush a ticket or Amit Shah, who is a much feared home minister, will succeed in clipping the wings of Babush.

KEJRIWAL IN GOA
AND a few stray thoughts on Arvind Kejriwal who comes running to Goa whenever pollution levels in Delhi shoot up. The air pollution in Delhi is so bad that visibility is reduced up to two meters. Flights cannot land or take off from Delhi. Part of the reason for the pollution is high carbon emissions from automobiles. But the primary reason for pollution is the burning of field stubble in the neighbouring states of Punjab and Haryana to prepare for the new harvest.
In the bitter cold of Delhi the pollution becomes deadly. Kejriwal suffers from asthma and the pollution makes the situation worse. Which is perhaps why he loves to escape to Goa to escape the pollution. We don’t mind Kejriwal taking a holiday in Goa where he stays in comfort at a Taj hotel in Dona Paula in Panaji.
But we do object to all the promises and guarantees he makes. It is bad enough that Arvind Kejriwal promises free power and water, unemployment allowance of Rs3,000 to Rs5000 to the unemployed, now he has turned more religious than Modi and Amit Shah. Before coming to Goa he went to Ayodhya to chant Jai Shree Ram. In Goa he is now promising pilgrimages to all sections of the Goan population. Hindus may go to Ayodhya. Catholics may go to Vailankani which is very popular with Churchill Alemao and family dedicated to terrorism. Muslims may go to the Ajmer Sharif dargah though I’m sure they would prefer to go on their Hajj in Saudi Arabia. Sikhs may go to the Golden Temple in Amritsar. All expenses paid for with the compliments of Delhi’s Chief Minister Arvind Kejriwal and AAP’s High Command.
We do not know where people like me who are nastic may go for we do not believe in any gods or goddesses and would prefer to go to Paris once in our lifetime to enjoy the to good life for a few days.

HERITAGE CAUSEWAY SINKS
AND a few stray thoughts on the Old Goa- Ribandar causeway which is more than 400 years old sinking in some sections. The old causeway has been the connecting link between old Goa and since Portuguese colonial times. This is the road along the Mandovi riverside from Ribandar to Old Goa. It was built by the Portuguese when they shifted their capital city from Old Goa or Velha Goa, which was suffering from a plague epidemic, to Panjim.
It may be recalled that the Governor-General during Portuguese rule ironically sat in the Adil Shah Palace. The Adil Shah Palace was also the location of the surrender of the Portuguese army to Indian troops when India invaded Goa in 1961. The flag mast opposite the Adil Shah Palace used to proudly fly the Portuguese flag. On December 19, 1961, the Portuguese flag was lowered and the Indian tiranga hoisted.
Any full or partial closure of the Ribandar Causeway has will affect traffic between Panjim, Ribandar and Old Goa. People wanting to go to Old Goa and Ponda will have to take the new highway from the Kadamba Bus-stand.

WHATSAPP PRIVACY
AND a last stray thought on how WhatsApp is transforming itself to a multi-device feature which includes sending and receiving cash. WhatsApp is changing and you can now connect your WhatsApp account to upload and download any images and texts on any computer. But WhatsApp like Facebook has not been able to carry out its promise of absolute privacy.
WhatsApp claims that it is encrypted from beginning to end and that the company itself cannot read your messages and images. This is not true and any hacker can get into your WhatsApp. With India buying the Pegasus spy software, even incriminating material can be planted on your WhatsApp to claim that you are a terrorist. The Supreme Court has ruled that at WhatsApp messages cannot be used as a evidence in any case including the Aryan Khan case.