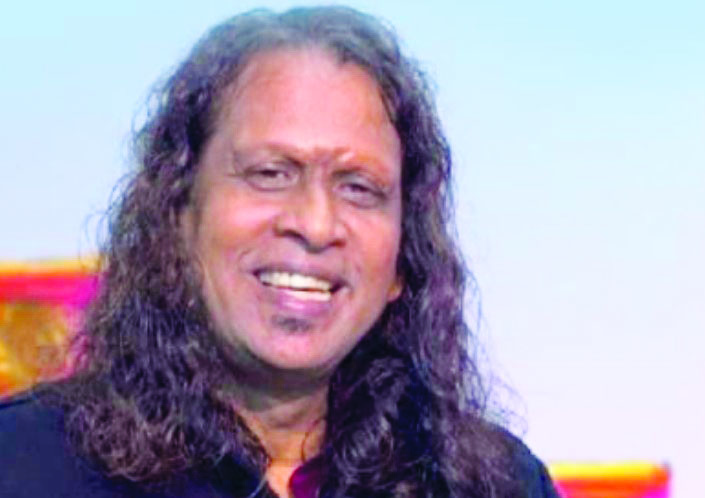 ARRESTED: Pastor Domnic and his wife Jo-an belong to the Five Pillars Christian Church based in Siolim, they were arrested by the Goa Police on the charge of forcible conversions but are out on bail now.

AND a few stray thoughts and a few observations for yet another Saturday. For a Saturday following the week when the Governor Sreedharan Pillai acknowledged that the communal harmony that prevailed in Goa was the jewel in the crown of Goa. For a Saturday following the week when the National Green Tribunal (NGT) has become hyperactive with several illegal structures being demolished, the sole exception being the bungalow in Old Goa. For a Saturday following the week when Chief Minister Pramod Sawant insisted that large scale conversions are still happening in Goa.
AND a few stray thoughts on Governor Sreedharan Pillai proving to be amongst the best governors that Goa is privileged to have. It is rare enough that the BJP government should appoint a Syrian Christian as the governor of Goa. The only other Christian who was appointed as governor of Goa was SC Jamir, a Christian from Nagaland. Lt General Jacob, the hero of the Bangladesh War, who notified the Mhadei and Netravali sanctuaries, was a Jew. Sreedharan Pillai has made it clear that the Cabo Raj Bhavan is a historical monument and that there was no question of demolishing it. I understand that several hotel groups want to take over the property with the support of Rohan Khaunte and Chief Minister Pramod Sawant.
The governor has made it clear that the new smaller residence for the governor will be in addition to the existing structure which will be preserved. Sreedharan Pillai is a governor with a great deal of humility. The governor considers himself a writer primarily rather than as a politician. When Konkani writer Damodar Mauzo won the Gyanpeeth award, it was Governor Pillai who went all the way to Majorda to visit and felicitate him. As long as Sreedharan Pillai is governor we are sure there will be no question of Goa adopting any hardcore BJP policies such as the ban on eating of beef, etc.
However, we do not know how the governor will react to the CM’s proposal to move an anti-conversion bill in Goa as it has been done in other BJP states. As far as we are aware there have been no forced conversions in Goa at least since Liberation. Historically, Goa has been a dumping ground for politicians who have become an embarrassment to the ruling party. It may be recalled that when Ramesh Bhandari fell out with the Gandhi family he was sent to Goa as the governor.
Amongst the controversial governors appointed by the Congress party was Dr Gopal Singh, who was a close associate of Indira Gandhi. The five foot governor had extensive security because he was one of the few Sikh leaders who supported the entry of the Indian Army into the Golden Temple in Amritsar. There were even policemen with guns on the tiny Raj Bhavan private beach to prevent attacks from the sea. While governor of Goa Dr Gopal Singh wrote a long poem called “The Man Who Never Died.” This was obviously a reference to Jesus Christ and as editor of the OHeraldo then I had the privilege of editing and publishing the poem.
Among the most respected of governors was Lt Gen Jacob, who in the face of opposition from the mine owners and the then CM Pratap Singh Rane, insisted on notifying the Netravali and Mhadei sanctuaries which have huge mining deposits. The most politically controversial Governor Bhanu Pratap Singh, who considered himself part of a royal family, was followed by a bearer with a spittoon for him to get rid of paan chew that he constantly had in his mouth.
The then Congress MLA Ravi Naik, who was disqualified by the Goa Bench of the Bombay High Court, was re-qualified by the Supreme Court. Even without consulting the home minister or the Congress high command Banu Pratap, sat aside Dr Wilfred D’Souza and appointed Ravi Naik again as the chief minister. The Congress high command did not take kindly to his act of defiance and sacked both governor and Chief Minister Ravi Naik. This was the shortest tenure of any chief minister in Goa because it lasted less than three days.

NATIONAL GREEN TRIBUNAL
AND a few stray thoughts on the National Green Tribunal getting hyperactive. It may be recalled that for the first time the NGT not only ordered the demolition of Sunset Cottages at Sauntawado in Calangute within 50 days but imposed a fine of Rs5 lakh/day if the demolition was not completed within scheduled date. The NGT has also barred any concrete structures like walls on beaches which would interfere with the natural flow of sea waves. This comes as a great relief to Ashok Madgaonkar, son of late Anand Madgaonkar, who has been fighting against the wall built at Vainguinim beach by Fomento Resorts for a long time.
We understand that there is a petition against a similar wall built by the Bambolim Grand Hyatt. The NGT has also objected to the construction of structures in the backwaters of Merces and Santa Cruz within the CRZ zoning. There are also objections to the building of a concrete structure on Hawaii beach at Dona Paula. However, the NGT has turned down the demand for a ban on holding functions at the site of the Dayanand Bandodkar stadium demolished by the late chief minister, Manohar Parrikar, for the International Film Festival of India.
But we do not know why the NGT has been refusing to order the demolition of the huge illegal structure built in the heritage zone close to the Se Cathedral. The structure belongs to NC Naina (Chudasama), a senior spokesperson of the BJP. There have been several protests and even hunger strikes demanding the demolition of the structure. Archbishop Filip Neri, now elevated to the rank of a cardinal, has also objected to the allegedly illegal structure. As in the majority of cases, the claim of NC Naina is also that they were only rebuilding on a pre-existing structure.
This is the biggest con as small fishermen’s huts which existed before 1991, when the Coastal Regulation Zone rules came into force, were suddenly transformed into big bungalows if not hotels. The NGT for instance has made it clear in one of its recent cases that there was no structure in one of the cases of illegal constructions on the beach before 1991. A major victory for Goans is that the Pune Bench of the NGT which was shut down during Covid-19 times is back in action. The Standing Council for the government of Goa at the NGT bench at Pune is advocate Favia Mesquita, the daughter of former senior BJP leader and NRI Commissioner Dr Wilfred Mesquita.

HINDU BAN GAYA CHRISTIAN?
AND a few stray thoughts on Chief Minister Pramod Sawant insisting that conversion of Hindus into Catholics continues to take place in Goa. The CM recently ordered the arrest of Domnic D’Souza and his wife Joan for forced conversions. Domnic is a pastor belonging to the Believer’s Church also called the Five Pillars Church based in Siolim — on the charge of converting Hindus. As far as we know, Domnic has not been guilty of any conversions for the majority who go to him are Catholics who are disillusioned with the formal Church. Sects like these focus only on Jesus Christ and do not acknowledge any of the other teachings of the church.
I recall that in the 90s there was a Christian cult called “Children of God” hailing from the church in St Inez. They were a spate of suicides among college kids suddenly and these were attributed to the “Children of Goa.” I understand that one of the doctrines of the Children of God cult was that children would be happier in heaven. I recall somebody giving me a CD which had sound bites of a fatal car accident with the children saying “Alleluia, we are coming!” I recall going to the Xavier’s Center of Historical Research with the then SP of Police-North Goa Ranjit Narayan, to discuss the matter with the then director of Xavier’s Centre and several senior priests. They all condemned the cult and encouraged the police to take action.
Part of the problem with this Pastor Domnic who was arrested and then released on bail is the fact that he and his wife were getting too dictatorial. I recall a young friend from Dona Paula, who became a member of the sect, and who was cured of his alcohol problem. The couple themselves had come to me claiming harassment by the Church and the Porta fathers. I have been in Goa since 1983 and I am not aware of a single case of conversion through coercion.
On the contrary, there have been many inter-religious marriages among prominent Goans Hindu and Catholic. This includes the Madgaonkar brothers who used to run a deep sea salvage company and river cruises, being pioneers in water sports in Goa. Both the Madgaonkar brothers married Catholic sisters. We have cases of prominent Goan Muslims falling in mog and getting married to Catholics, as in the case of Sadik Sheik of SR builders, who married Guida, popularly known as Madam Butterfly (of her boutique which is so called). She is the sister-in-law of Francisco Martins.
The most famous case of an inter-caste marriage between a Muslim boy and a Catholic girl which I facilitated was in the case of the daughter of Muslim MLA and Minister Sheik Hassan, to the brother of the well-known doctor-activist Oscar Rebello. The couple who befriended each other while studying law in the Salgaocar Law College at Miramar in Panaji got civilly married. Unfortunately, Minister Sheik Hassan met the Registrar of Marriages at a function who congratulated him on the marriage of his daughter – something of which he was totally in the dark. When Shaikh Hassan confronted his daughter, she claimed that it was a case of mistaken identity but she had probably eloped with her husband. The couple stayed with me at my Dona Paula underground basement flat of those years.
A showdown took place before me and I suggested to Sheik Hassan that if he did not recognize the marriage the couple may well jump off the Dona Paula Cliffside. Over a whole Sunday there were negotiations about the marriage with Columbia and Francisco Sardinha being arbitrators. Finally the bharaat started from my basement flat and the nikaah was performed the same night at Bambolim Beach Resort. It all ended happily with the then governor congratulating Minister Shaikh Hassan for his secular attitude at the marriage reception.
Given Goa’s cosmopolitan culture there is no question of there being any forced conversions in the state. In other states, people from the lower caste convert for economic reasons and are called “rice Christians.” Ironically, in Goa, the first to convert to Christianity after the Portuguese captured Goa, were many of the Saraswat Brahmins who wanted to hang on to their large properties and farming lands.