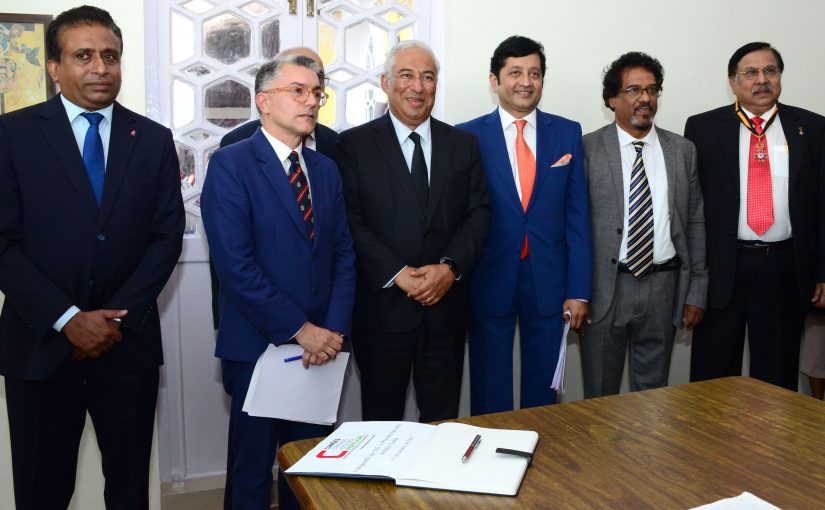 WHEN Congress was ruling we were in the frying pan. The BJP promised zero tolerance to corruption and we landed in the fire. People are looking towards new parties to bail them out, but are they any good?

We need a quality assurance plan! The level of political corruption is going up every time and must be arrested now. If we condone their deeds, they only take it to the next level. Parrikar and the BJP in Goa and the Centre have made so many U-turns. Are we happy just to bring this out before the public? What are the repercussions?

We elect representatives to look into our needs and aspirations. Parties know our needs and promise all we want but when elected they do U-turns. If we elect these same people, we are opening a Pandora’s Box and all parties will do the same. Whom do we trust? We see new parties silent on the number of ministers they plan. Hasn’t it been a major issue before to reduce the cabinet size?

The time has come when we must not vote to elect a government! We have to vote to ensure quality politicians, to bring them back to reality and arrest their increasing corruption and deceit. We are greeted by life-size posters of politicians, first introduced in Goa by the BJP. Soon it will be building-size posters!

We have to bury people who start fires. The official language issue was settled long ago. A life was lost, others struggled for the same, and some upstart thinks of raising the issue again just before elections? Cannot you fathom the intentions? It is here that his supporters need to perform a quality check.

Finally, old/former MLAs with no track record or dubious track record need to be discarded. There can be no compromise. People voted for independent new faces without a party: once elected they join the ruling party! They must be shown the door. Voters must see through the acts of treachery. Make a quality assurance plan for your constituency for the polls to review every party or independent candidate!

SUDIN Dhavalikar of MGP must eat crow for putting his big foot in his big mouth! He wants an apology from the visiting Portuguese prime minister for destruction of the state by the Portuguese. Let him first apologise for trying to merge Goa into Maharashtra with his singular mission of making Marathi the official language of Goa.

He seems to have forgotten that when India took over Goa in 1961, ordinary Goan citizens in Panjim were paraded naked by Indian Army chief Handoo who put Goa under martial law for two years. They were humiliated in public and were ordinary people like Sudin himself, working in public offices, doing their jobs and had no malice. This is exactly why they and hundreds of others ran away to other parts of the world – because they had no future here. Now are you asking the Handoos of the Indian Army to apologise for the imposition of martial law in Goa?

He wants Portuguese Consulate in Goa to be moved to stop Goans from seeking greener pastures. What have you and your party done to see that our youth are absorbed in local government jobs? Have you created a favourable infrastructure in Goa to attract our talented youth? You and your lackeys for years have sold government vacancies to outsiders for huge considerations months before the jobs were advertised on paper!

Come down from your high horse and walk with the people. Think before you open your mouth. In Konkani we have a saying, “Sudin, tuca ton assa mun to munis, nam zaliar tuca kavle vortelet asle.” Watch what you are saying before you froth at the mouth!

SOME senior leaders of the ruling BJP government, of late, have become so desperate that they have started importing known corrupt leaders from the main opposition party, namely the Congress. They have even sidelined their own party leaders with the sole intention of shamelessly giving sick opportunists a chance to fight in the forthcoming assembly elections in Goa.

India’s defence minister and former chief minister of Goa Manohar Parrikar had filed a case against former Congress MLA Mauvin Godinho with fanfare in the power scam a couple of years ago, and branded him as most corrupt in Goa. Today, Mr Parrikar has forgotten all that and Mauvin Godinho is being promised a BJP party ticket to fight in the elections. Clearly the BJP, which has always claimed to be a party with a difference, has no such principles now and is as much, if not more corrupt, than the former Congress regime in Goa. After embracing Godinho, the BJP is now embracing another controversial Congress MLA, Pandurang  Madkaikar.

Perhaps the BJP leaders think their party is like the holy river Ganga as they arrogantly entertain corrupt politicians from other parties and whitewash them. But no amount of Ganga water or soap can wash the dirt off these leaders in the eyes of the Goan public. The BJP can stop trying to hypnotise Goans with such political tricks.

I must point out some mistakes your reporter made when she interviewed me in your last issue (Goan Observer Jan 7 issue, titled ‘I don’t need to be in politics to make money!’). Please make the correction. The date of my wedding anniversary is January 5, 2012, and I cycled daily around 14 km on an average, including going for tuitions! The distance from my home to school is within three km, so school to and fro was around 6 km daily. My bicycle was my daily fitness machine and defined my desire to be eco-friendly even then, when I was a schoolboy!