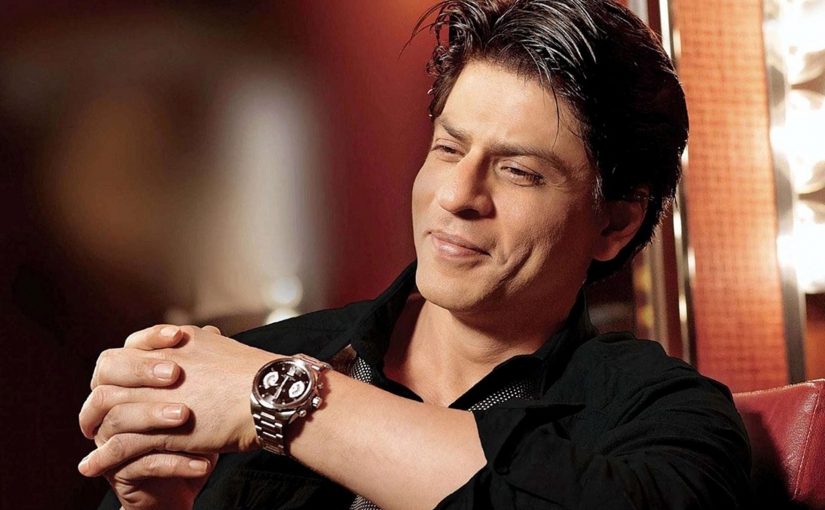 KING KHAN: Shah Rukh Khan has courted controversy in the past, earning political wrath and calls for bans on his films

Shah Rukh Khan may be the Badshah of Bollywood, but off-screen he is no stranger to controversies. Recently, when asked why Bollywood actors are so unlike Meryl Streep, who attacked US president Donald Trump at the Golden Globes, he threw the query back to journalists

Shah Rukh Khan, who like other Bollywood stars has aired his opinions in the past only to face the wrath of extremists, had an eloquent response when asked about criticism levelled at Indian actors for not being vocal on critical issues.

What Meryl Streep spoke about at the Golden Globe Awards is related to what’s happening in the US, something she believes in, and has a comment to make. Before any journalist starts comparing, is there a similar situation here that you want me to speak about? No. If there is a situation that is different, I am sure people who want to speak will speak differently.

I found it very odd that all journalists started saying “when will Indian actors start speaking like this?” Why would Indian actors speak about a situation that does not exist here? If there is an agenda and situation you want us to speak about, then you ask us about it and, obviously, we do speak.

I would like to turn around and ask: Why don’t journalists here behave the way their counterparts do in the West? You see journalists asking pointed questions to presidential candidates fearlessly and with facts. If the other person interrupts, they would stop and say, “It is his time”.

Here, I want to tell the journalists: ‘It is not your time, so can you please keep quiet? Can I listen to those two people you are asking questions to?’ There are two journalists on the TV screen and both are talking over each other and the panellists, sitting there, are not talking. It is a strange space…

Recently, I developed an issue. I am not complaining, I am part of this. Somewhere down the line, if you have a point of view and a very strong one, you need to directly tell me: “I am doing this piece on you. Shah Rukh, would you like to comment, pro or against? Would you like to take a side on this point of view that I have?” I might say that I agree with you, so I would like to make this statement. Or, maybe, I would say no, I don’t agree with what you are saying and you can go ahead and put it in your story. Every interview has become an editorial…

You may write a piece from the point of view that I am doing three back-to-back Muslim characters. With due respect to my professionalism as an actor, I did not even know what my name was in Karan Johar’s Ae Dil Hai Mushkil. I just went for two hours, did some shots and had fun with my friends, Karan, Ranbir (Kapoor) and Aishwarya (Rai Bachchan). I wrapped up around 2am and partied till 6am before flying back to Lisbon.

DON’T create a point of view. These are films which were postponed for two years. I would still like to believe that in this day and age, an artist is there to put across entertainment in the best way he or she thinks is possible. We don’t hold the audience responsible or at gun-point that they have to like every movie and point of view.

So, why is it that somewhere down the line, in this race of being the first ones to inform or to be the first ones with a certain point of view, media uses other people? Have the dignity to ask: “Are you with me?” We can both talk about it… Or, are you always going to utilise snippets, bytes, pieces and words to somehow bolster your point of view?

After Meryl Streep’s speech, asking me why Indian actors are not doing the same is weird. It is like asking me suddenly why I am not playing golf like Tiger Woods. I appreciate what she said and think it was very brave of her to say that in an event organised by the Hollywood Foreign Press Association. Our actors do speak. So do our actresses, filmmakers, producers and journalists.

But the bottom-line is, you’ve got to speak to people who understand what you are saying. More than the platform Streep used for speaking, she had the platform where people understood what she said… Like I have said before, journalists are not used to stardom – theirs as well as celebrities’. Suddenly, everybody looks better, does better make-up and the anchor is the star of every show. The editor is the star of every snippet. Everybody writes an article with a picture. Everybody is trying to lose weight, look nice. When I was seven years into stardom, I used to behave like this.

I AM waiting for mediapersons to get over their wonderful, newly-gained stardom. I am friends with most of them and really want to ask them: Why do you want to join the bandwagon of faceless people on social media who just want to say a thing and become famous? You don’t need to do that. You are someone who used to present the point of view of people, so that I can take your opinion, other people’s opinion, and decide what’s happening around the world. You are the first source of knowledge about what’s happening…

Meryl Streep is the woman I love the most in this world. I believe singing is God’s gift. Acting is something that can be crafted, learnt and trained in. If there is one actor who is gifted by God in acting, it is her. She is in a space where she has the right to talk about it.

Why would you say that I wish Indian actors spoke like this? Can I say I wish Indian journalists presented me like that too? Is that fair? Give me a platform where you present my point of view, not as part of the agenda you have in your storyline. I would speak – I always did, I always will. Something happens somewhere and I am not even aware of it.

People start questioning why Shah Rukh Khan is not speaking. If something is not affecting me or I have no knowledge about it, I am allowed to remain silent. If I don’t want to talk about an issue, does it make you less aware or less of a person? There is so much noise otherwise. There are days I don’t want to add to that noise, don’t want to be a hashtag. Sometimes I need space to find out what has happened and then decide if I want to comment.

By the time I find out, the moment is gone. I know my voice matters. I would like to say it at the right platform, space and express my ideology. I don’t want to be part of this hashtag trend.

There are a lot of idiots who will also start speaking up since you are asking them to. Believe me, you don’t want to hear them. As it is, there are so many people on social media. There used to be a “save power day”, when you kept the lights off for some hours. Similarly, for three hours, people should not tweet or retweet and just relax!