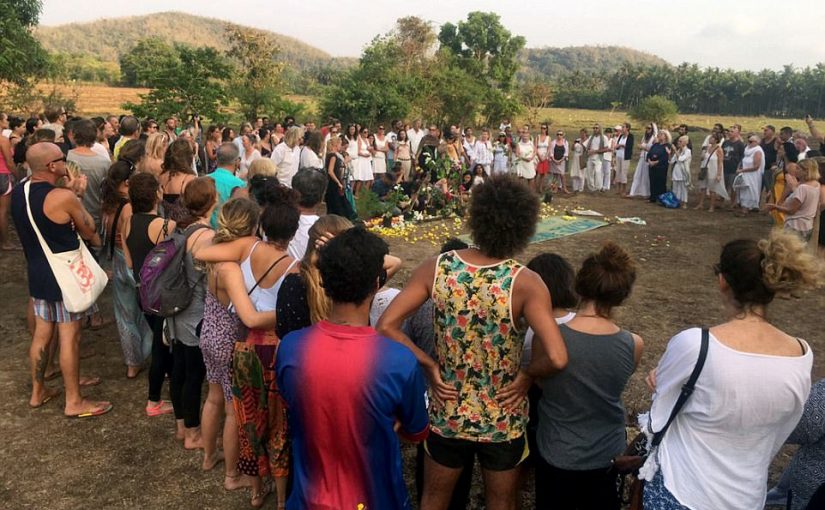 `I’M the luckiest person…off on another adventure!’ Poignant final message on Facebook from Irish tourist Danielle McLaughlin, 28, raped and murdered near Palolem beach on March 13. Police have taken in a convicted criminal, Vikat Bhagat, who has confessed he raped and brutalised his victim with a beer bottle. Her naked body was found in a pool of blood by a farmer four miles from the popular beach. Are tourists safe in Goa anymore? And who is responsible for Goa becoming a crime haven?

Will the new Manohar Parrikar government continue to play happy family political games while the police protect politicians, instead of residents and tourists who contribute to the tourism industry kitty?

I WITNESSED two incidents at Goa Medical College, a so-called premier institution! Some months ago, my brother was admitted in the CCU due to chest pains. At 12.30am I was handed his blood sample and asked to get tests done at Manipal Hospital. For my niece, admitted a week later for a gynecological problem, the same modus operandi was resorted to and it caused a great deal of inconvenience.

One cannot comprehend why an institution like the GMC does not have its own 24-hour path lab. Why we have the best equipped departments for all other maladies but the absence of the very basic path lab is a mystery! Are we to read some ulterior motive in this?

A friend who took a neighbour to GMC tells me that a Manipal Hospital ambulance is always parked there with a PRO trying to convince people to transfer patients! What does one make of this? It is unthinkable that the government is so bankrupt that it can’t have a working path lab in its own institution. The least they can do is to set up one and charge patients for tests, instead of inconveniencing relatives at ungodly hours.

What happens to patients’ relatives who come by ambulance and have no transport of their own? Where is our health minister? Or are we to assume that all the GMC worthies are somehow connected to a blood-sucking syndicate?

THE Goa government formation has ripped the masks off and exposed politicians and citizens. Why are we praising the government which has come to power? We have endorsed politicians to sell our sanity. We have now given full authority to politicians to promise anything while campaigning but go back on their promises, do as many U-turns as they wish. Who can we trust and on what basis will we not vote for any politician old or new? Look at how the Goa Forward leader has coolly washed his hands off any responsibility – instead of being remorseful he is busy giving interviews of justification. Unable to comprehend the gravity, as have so many others. This is truly a comical tragedy being enacted before our eyes!

GOA is witnessing a jamboree of blatant political prostitution sponsored by the cash-rich and power-intoxicated BJP. Even those in the world’s oldest profession are better! That the ever oscillating power-starved, foxy Vishwajit Rane, joined the bandwagon of political pimps comes as no surprise. Vijai, Jayesh, Vinod and Rohan may be joined by another few bandits in this Shigmo of betrayal, which is only taking Goa backwards with Goem, Goemkar and Goenkarponn laid to rest. The prophetic words of St Francis Xavier still ring true: Goa ninguem lavara mas por si acabara! No one will take Goa, but it will be finished by itself (or its own)!

GOA will be a coal hub! Adani, Jindal, Vedanta and MPT have secretly planned to turn our beautiful Goa into a black hole. Our greedy robber barons are planning to bring coal from Australia, Indonesia and other countries to green Goa to transport to Karnataka and beyond for proposed power plants and steel industries.

The government and these corporations don’t believe in sharing their devious plans by treating parts of the single project as separate ones. This kind of secrecy will allow them to get permissions for initial parts of the project, and later making it impossible for us to stop the rest of it.

All those who love Goa please attend the public hearings at Vasco Residency on March 20, 24 and 27, 2017, to lodge strong protests against the idea of turning Goa into a coal hub. This project will not only turn to hell the lives of thousands of fisherfolk but also the lakhs of residents in Vasco and Mormugoa. Coal dust will destroy their lungs forever. Cancer will increase and all this will be aggravated by the double tracking of railways, four-lane roads through our villages, dredging of rivers and possible ports such as Betul will be used to dump the “black poison” in our homes, water bodies and farms.

Adding to the woes of Goans I believe the new government has pressurised the court to invoke the 144 rule after the recent Dona Paula-NIO protest. Nobody may assemble beyond four or five persons and we may not even register our protest silently and peacefully. Or we may protest after due permissions are obtained and where nobody will see us register a protest. We are being silenced. Democracy is dead!

Akshay Salunke: Still no answers. Such confusion is there, will always be confused!

Casmiro Dias: Latest news coming in – Digvijay spoke to Sonia Gandhi and asked to appoint ex-defence minister A K Anthony to be sworn in as CM of Goa to counter Parrikar.

Raveena Shetgaonkar: Rane must be CM.

Akshay Salunke: Ms Raveena, if they made Rane the CM, he would have given good governance but still there are selfish people sitting. Haav CM tu CM.

Raveena Shetgaonkar: Rane can do good for Goans.

Akshay Salunke: And they are calling for protests without deciding the CM. Waah waah! It’s like inviting everyone for dinner without food!