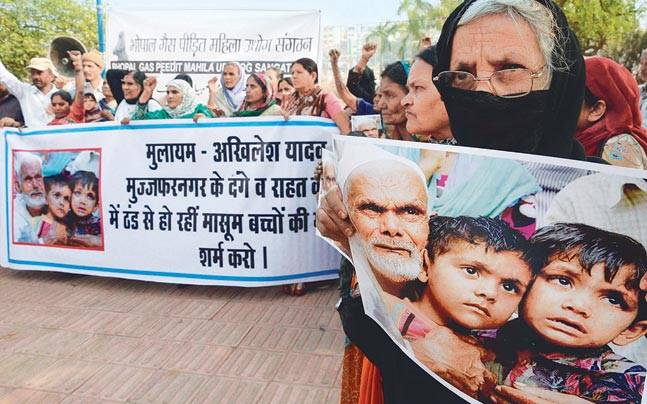 SILENCED: The Muslim minority, which accounts for 17 per cent of the population of India’s largest state Uttar Pradesh, were bullied into silence. The victims of the Muzaffarnagar riots have got neither justice nor compensation for their losses

The author of the Gujarat files, a book on the genocide in Gujarat in the post Godhra riots, attributes the overwhelming victory of the Bharatiya Janata Party (BJP) in Uttar Pradesh, where it won more than 300 seats, to the wily Amit Shah, the party president who polarised the state on communal lines