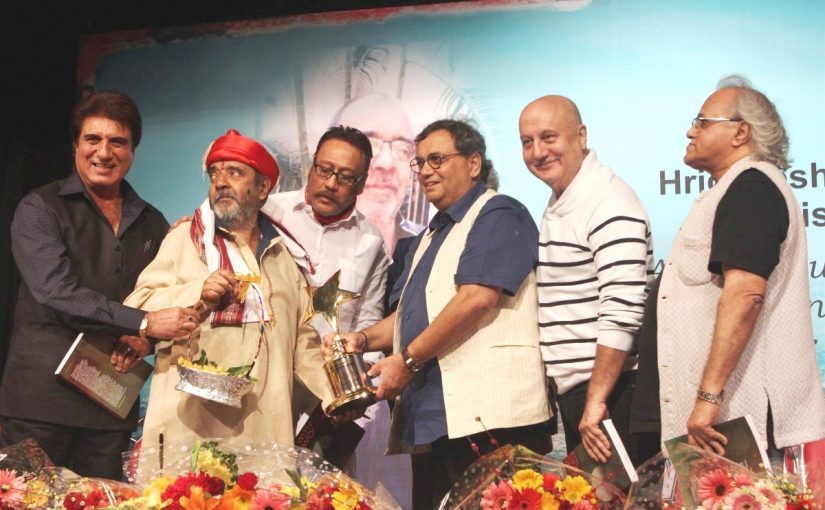 FILMY FANS: Ali Peter John is among the few film journalists who have many fans among the film industry because of his honesty. At the release of his book, Ali Peter (second from left) is seen with (left to right) Raj Babbar, Jackie Shorff, Subhash Ghai, Anupam Kher and Asrani

Rapid urbanisation in Mumbai has swept away charming Goan villages like Kondivita, which also used to be a hub for making of desi daaru

I FELT I would be reaching heaven on earth if I reached the village where I spent my youth, but I was so very wrong. Instead I felt my heart break and cry  as I saw that everything that my heart craved to see in my village had turned to dust and rubble. It was more painful than what I had seen in Nepal after several earthquakes had reduced Nepal to ruin.

I expected to see the warmth and smiles of my people who I had left behind more than forty years ago. Instead, I saw that most of them had left for some other world and others had left for what they called better prospects. The few who were there, wanted to know how I was alive, because they had got the news about my “sad demise” more than ten years ago.

THIS was not a new experience for me because there have been many other well-wishers who have tried to ‘kill’ me on several occasions in the past. I once received the news of my death three times in one evening. I’ve also seen the news about my death on the front page of the paper I worked for with the flattering headlines “APJ, Good man gone”.

People with who I had spent the best times when I was young, had lost all the innocence they once had written all over their faces. Innocence reminds me of what happened to my one-time friend, Norbert, who left his house and turned into an alcoholic. Later when he returned to the village as a beggar, he sat on the main road with a bowl in his hand, unaware that he was sitting on a stone under which there was a gutter. One morning his body was found in the gutter and not even his brothers came to claim his body which was taken away by the Municipal hearse. I remembered him vividly the evening I reached my village because in his death I saw the death of innocence of the entire village.

I was mad (not that I am normal otherwise) to expect people to come and show me how much they cared. In my time, even if an aunty had a cold, the entire village would reach her house to know what they could do for her. I tried to live in my village for three days and believe me I started fearing everyone who I once knew and who I could not forget.

THE huge bungalows owned by the Christian community, quaintly called East Indians, had all fallen into ruin and the other bungalows were sold by the third generation to men with money who had taken over the village.

The house where I used to go for my tuitions, (where I would spend my time looking after Vallie teacher’s hens, pigs and goats, more than learning my nursery rhymes), had been demolished. Vallie aunty, my teacher, who was a spinster until the end, had died after handing over all her property to the woman who had taken care of her during the last days of her life. The woman gave away the bungalow for a few crores and is a rich woman today. She has grown even richer by having her late husband Foster’s bungalow sold for another few crores.

No one talks about the good things in life now, no one sings and dances, no one has any kind of celebrations. All the trees on which flowers once blossomed have gone dry, and perhaps exist only to tell stories about the good old days they were witness to.

Boys who never went to school or hardly went to school are local leaders now – belonging to different parties which I feel are only making use of them for their own selfish ends. Some are shaakhapramukhs and other pramuukhs.

On some of the trees I see the heads and hearts of people hanging instead of leaves which once used to make my village look like a painting on a wall. On some other trees I see all the good feelings that ruled the village now clinging to the trees with the mortar and cement that has gone into the destruction of my village.

I FINALLY try to find the house which my mother, Mary Ali had built, that I had named “M. Ali House” and to which my brother had given a new shape. The house is very much there, although there have already been five changes of tenants. Strangely, the wooden letter box, which was my only contribution to the house ,was still there. God alone knows why.

On the third day, I did not even have any water to drink. I was scared to ask anyone for water because these were not the people I had come to meet with such great expectations.

I alone know how I collected my belongings, felt my heart breathing fast till I got into an auto whose driver I had to convince that there was a place called Yari Road and came back home, fell on my bed and vowed never to return to my village again. RIP Kondivita – your memories will help me live the rest of my life.