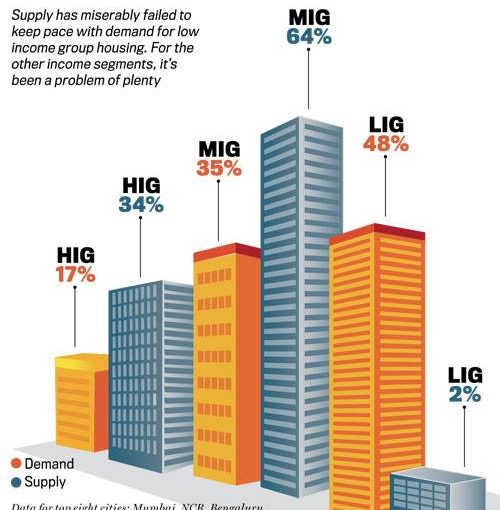 CHEAPER HOUSING: While data is not as readily available to track demand and supply in Goa, speaking to any average Goan family will elicit stories of woe. Only rich ‘outsiders’ are able to buy homes in Goa at current prevailing rates

Land which was identified and bought by the Housing Board to build low income group (LIG) houses for the poorest of the poor, has been gifted to Xavier Marques, known as a Mumbai don and co-accused in the Churchill Alemao gold smuggling case, courtesy Vijai Sardesai and Joaquim Alemao. A huge building complex along with a mall and multiplex is now coming up in the land that was reserved for the homeless poor

ACCORDING to information secured by the former Fatorda MLA Damu Naik, the Housing Board was forced to surrender 30,256 sq metres of land in the heart of Margao which it had acquired for building affordable low cost housing for Goans, for the benefit of the underworld don Xavier Marques, a close associate of the Alemao brothers. The land which was purchased by the Housing Board for building lower income group (LIG) and middle income group (MIG) housing was sold to Xavier Marques at the instance of Vijai Sardesai and Joaquim Alemao even before it was surrendered by the Housing Board. Moreover the land which was classified as settlement zone in 2008 was converted into a commercial zone in the Outline Development Plan of 2010. A huge multi- storied commercial complex, comprising 600 flats, three multiplex theatres and a mall, was cleared by the South Goa Planning and Development Authority on August 7, 2015, in favour of Shrem Aansav Reality which is a front for Marques Farm Ltd which purchased the property. Board it was decided to acquire 30,256 sq mtrs of land in chalta No 1 of PTS 57, Margao. The Southern  Division office of Housing Board located at Gogol Margao wrote to the Town and Country Planning Department on February 7, 2008, seeking a NOC for acquiring land for implementing schemes for the LIG and MIG housing projects. The TCP issued the NOC on August 7, 2008, six months after the application by the Housing Board. The TCP also reclassified the area sought to be purchased by the Housing Board as settlement zone in the Outline Development Plan.

Since the land was under the control of the Economic Development Corporation (EDC), the Housing Board wrote to the board to find out how much it would have to pay to acquire the land. The Board was informed by the Mamlatdar of Salcete of the price prevailing in the area and the purchase price was conveyed to the Housing Board on August 22, 2008. The head office of Goa Housing Board secured the permission of the Department of Housing project stressing that the land was ideal for the implementation of a housing project for the poor. The Housing Board stressed that the land was barren, without any agriculture or greenery, and was not affecting any religion institution or public right of way. The board also informed the government that adequate provision had been made in the budget of the Housing Board for the purchase of the land.

The Housing Board on receiving the clearance from the government referred the matter to the Collector of South Goa to complete the process of acquisition of the land to facilitate the completion of the low income housing projects.

On September 23, 2008, the Deputy Collector of Salcete requested the Housing Board (South) to submit relevant documents and also requested it to deposit 25 per cent of the cost of the land acquisition to the EDC.

During the 404th meeting of the Housing Board held on May 26, 2009, it was decided to deposit `21.18 lakhs with EDC, that being 25 per cent of the cost of acquiring the land. The cheque was sent to the EDC on September 4, 2009. The Housing Board then directed the Deputy Collector to expedite the acquisition of land. The Collector in turn asked the Director of Printing to issue the Gazette notification on the transfer of the land to Housing Board. When everything had been finalised, suddenly the Housing Board under pressure allegedly from the Fatorda MLA Vijai Sardesai, acting on behalf of Xavier Marques, sabotaged the project for building low cost housing for the common man.

The matter was pending from 2009 to 2011. In an undated letter, Vincent Gracias, allegedly an agent of the present Town and Country Planning Minister Vijai Sardesai, claimed that the land which had been declared barren by the collector of South Goa, was fertile agriculture property from which he and his co-owners received regular income. The Fatorda MLA’s agent Vincent Gracias sought the cancellation of the acquisition, on the claim that the land was tenanted. The name of the tenant was claimed to be Jose Gomes as recorded in form B of the survey department. However Vincent Gracias did not submit any co-ownership documents.

To the shock of Margao residents, the very next day then Chairman of the Housing Board, at the 419th meeting of the Housing Board, suggested that in view of the objection raised by Vincent Gracias the board should drop the proposal to buy the land in Margao for which it had already paid 25 per cent. This despite the fact that the claim of Vincent Gracias that the land was cultivated was denied by the earlier Collector who had got the land inspected and declared it barren and most suitable for low cost housing. The Managing Director of the Housing Board is alleged to have requested the Housing department of the government to drop the acquisition as demanded by Vincent Gracias.

Curiously the Managing Director of the Housing Board referred to the letter not of Vincent Gracias but of Wilson Gracias even though the letter was signed by a Vincent Gracias. The board dropped the acquisition under pressure allegedly from Vijai Sardesai on behalf of Xavier Marques, who is not only a good friend but godfather of the children of Joaquim Alemao. Vijai Sardesai, on his part, is very close to Joaquim Alemao, having worked as Vice Chairman of Goa State Urban Development Authority when Joaquim was the Urban Development Minister.

Hence the elaborate process of acquiring 30,256 sq metre by the Housing Board for low cost housing in Margao city was dropped on the basis of one page letter by an individual whose identity has not been proved. Moreover after the Housing Board was forced to drop the acquisition suddenly overnight, the TCP, which was controlled by Vijai, changed the zoning pattern of the land from settlement to commercial in the Outline Development Plan for 2010.

The land was sold vide Deed of Sale- Book 1- MGO-BK-1-05948-2010 even before Vincent Gracias submitted his letter claiming the land was tenanted and therefore the acquisition should be dropped. This makes it clear that the letter to the Housing Board by the so called Vincent Gracias was part of the conspiracy by Xavier Marques and company to grab the prime land in the heart of Margao worth more than `2,000 crore.

In the sale deed executed between the vendor Demelo and the purchaser Marques Farm Ltd, curiously the name of Vincent Gracias appears on the sale deed as the co-owner. The construction license was issued to Shrem Aansav Reality Pvt Ltd on September 23, 2015, at the instance of Vijai Sardesai who virtually controlled the South Goa planning and Development Authority. Even the nominated member, Dilip Prabhudesai, who was co-opted as member of the Planning and Development Authority did not object to the dropping of the Housing Board proposal for low cost housing and the granting of a license to a front for the don Xavier Marques.

Marques was co-accused in the gold smuggling case in the early 90s in which all the Alemao brothers were involved. He owns a large forest property in Sanguem where several film stars have their farm houses. Marques also has a beach resort in Candolim which is within 50 mts of the high tide line.

In a recent development Marques has been made a member of the reconstituted management committee of the Entertainment Society of Goa headed by Chief Minister Manohar Parrikar.