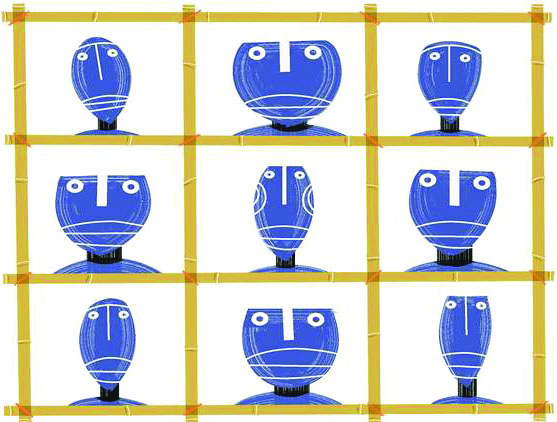 DISTRUST: The RSS and other Hindutva organisations have begun the campaign of identifying Indians and others (Illustration: CR Sasikumar)

The advisory of the Ministry of Information and Broadcasting to satellite and TV channels to avoid using the term “Dalit” to refer to the Scheduled Castes has created an existential crisis. The other day when the Pune police raided my house and confiscated all my computers and digital storage devices, I spoke to the press representing myself as a Dalit scholar. How will I present myself to the media in my next press conference?

I have published a volume titled Dalit Studies and compiled two major volumes on Dalit literature — No Alphabet in Sight and Steel Nibs Are Sprouting. How will the TV channels refer to my books? Will my Dalit Studies be called “Scheduled Caste Studies” when they report on my publications? I don’t know if I could still call myself a Dalit but certainly, the media should avoid calling me a Dalit in their reports. Some channels quickly accepted this “advisory” and used the term Scheduled Castes to refer to Dalits while discussing the Bhima Koregaon struggle. This banning of “Dalit” is not a simple issue of nomenclature. It is part of a larger agenda to create one nation and one identity.

The ministry’s advisory dated August 7 cites the order of Bombay High Court (PIL no. 114/2016). It quotes: “As Central Government has issued necessary directions to its officers, we find that it can also issue suitable directions as per law to the respondent No 2 and the media to refrain from using the same word. Various institutes in the field are not before us and hence, we direct respondent No 1 to consider the question of issuing such action to the media and take [a] suitable decision upon it within next six weeks.”

Before we further examine this policing of the nomenclature of marginalised communities, a brief trajectory of the term “Dalit” will illuminate our discussion. Gopal Guru delineates the trajectory of the politics of the term in The Politics of Naming. Following Baburao Bagul’s analysis, Guru suggests that Dalit is a revolutionary category and it has the capacity to reach out to larger sections of people. It is not a mere linguistic construction but is based on materialist epistemology. Dalit refers to multiple, polycentric and dynamic relations of life. In other words, Dalit is an open-ended category of mobilisation and assertion of diverse communities subjected to untouchability.

This term or name has not been accepted by all communities. It was noted that the middle-class Dalits have objected to the use of this term as it reminds them of their oppressive past. Some have objected to Dalit as it is similar to class or it has become exclusive to the identities of specific Scheduled Castes. The term Dalit is also pitted against terms like Buddhist or Bahujan. This internal creative debate on the term Dalit has always enriched its potential. The individual members of the Scheduled Castes have a right to not use the term Dalit. Precisely for this reason, the court has clearly desisted from banning the use of “Dalit” in society. The ministry also cleverly calls it an “advisory”.

To understand the ministry’s mischief, we need to contextualise the policing of identities. The RSS and other Hindutva organisations have begun the campaign of identifying Indians and others. This process of naming and stigmatising the minorities as the “others” is an everyday experience. The RSS is quick to respond by advising its volunteers to avoid the term “Dalit”. It prefers “Scheduled Caste”. Scheduled Caste is a category of administration and statistics and it cannot encompass the diverse and rich life of Dalits.

I have examined a special issue of the RSS mouthpiece Organiser on Ambedkar, “Revisiting Ambedkar”. RSS pracharaks did not use the term Dalit. Narendra Jadhav, who is not a trained RSS pracharak, calls Ambedkar “a Dalit leader”. RSS pracharaks use “untouchable.” If we find “Dalit” at one or two places, this may be because of the English translators’ usage. The RSS described three saint poets as “Untouchables” in the hoardings for the RSS-sponsored Rashtrodaya Samagam (Nation Awakening Meet) held on February 25 in Meerut. Dalit communities protested against this derogatory naming of the saints. It is my view that the legislating of terms, categories and thought is one of the central agendas of the RSS. The source for the I&B Ministry mischief is the intrusion of Hindutva forces in the institutions and state machinery of this country.

Like the ministry, the police also share this ideological affinity. The Pune police and the Telangana special task force have asked me a number of questions in casual conversation. They asked me about my caste as any common Indian would. But then they asked my wife, Pavana, why she is not wearing marital symbols as she is a Brahmin. My inter-caste marriage, my caste status and my atheist culture have been brought up for discussion. I was told that reading Marx and Mao makes me a Maoist or Urban Naxal. Reading Marx and Ambedkar makes me part of the Bhima Koregaon conspiracy case. If I have no connection with the Maoists, why am I keeping these books? As Harish Khare observes, the Dalit is the new Muslim today. Or a Maoist. Because this is Hindu Rashtra. I have to have one identity, one Aadhaar card, one caste certificate and one religion.