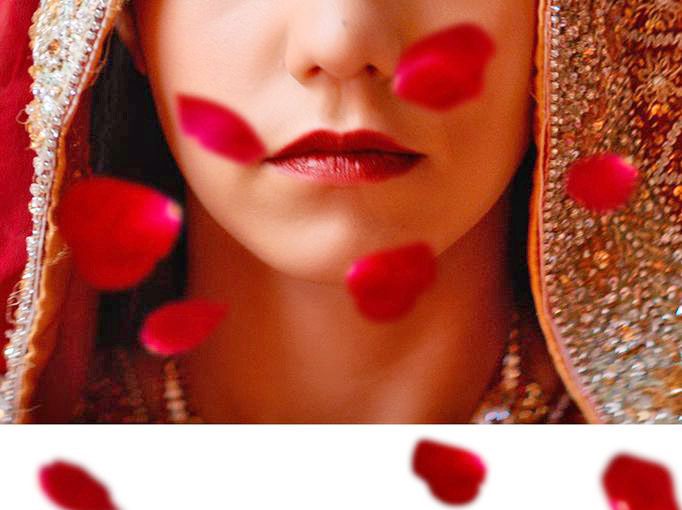 At the European Film Festival…contemporary films offer an idea of life and times in a rapidly changing world. A still from the film `A Wedding’ where liberal and traditional values clash

DON’T know long I will be able to continue seeing films, my dears, but as long as I can I will! I’m so addicted to films on the big screen that I even the idiot box puts me off these days! This is to say the European Union Film Festival 2018 was in town and since I’m a Cinephile Club member for whatever it is worth, I thought I’d seek escapism into a couple of films at least seeing it’s become my favorite past time. Every film festival has its charm, retrospective or contemporary.
But it was not be. This time I managed to catch just a handful of films at this prestigious film festival which travels to various places in the country…it’s organized between the Entertainment Society of Goa, Directorate of Film Festivals and Delegation of the European Union to India…the festival came to Panaji, Goa, for the first time on the festival circuit in India.
These were a contemporary bouquet of films made in 2017 and gave one an idea of what life and times are all about in the European countries, many of them adjusting to waves of migrants running away from terror in their own countries in the Middle East, African continent and elsewhere (all the banana countries run by brutal regimes or religious tyrannies to send their people fleeing for their life with children and whole families if possible in one go).
So much of migration from third world to first world has been going on in recent years, call it global migration if you like although the migrations are usually about people being persecuted by their countries of birth for one reason or another. The migration story is timeless and repeats itself ad nauseam! They were screening two films every evening at the Maquinez Palace auditorium and I managed to catch some of the 5.30 pm shows to get back home fairly early, most European films are no more than 90 minute films.
Austria’s Magic of Children had a bunch of children discovering the happy great outdoors to escape from petty control freak adults, a touch of surreal in this film with ancestors framed up on the walls coming alive every now and then to add to the narrative. Then I saw Finland’s Unexpected Journey (all about teenaged Kamal, bored of life in Finland and the covert, overt suspicion between host community and migrant family settlers, who agrees to take off in his stepfather’s car at the urging of Finnish senior Veikko trying to trace his gay son somewhere in the countryside, a most lively film). Kissing from Greece was okay; and Kills on Wheels from Hungary is a racy and funny tongue-in-cheek comedy with a wheelchair-bound young man offering his services to local mafia to do `supari’ killings! The handicapped are human too and have to earn a living any which way they can.
Sweden’s Eternal Summer takes one through Sweden’s breathtaking landscape, as a couple check out each other’s serious

intentions about togetherness. But the most shattering film of them all for me was A Wedding (a Luxembourg production by Stephan Streker). This film should be of interest to us in India. Here’s this Muslim business family in Luxembourg, settled in very well over the years, all communicating in fluent French at home as also Hindi when it comes to connections of original roots (in Pakistan in this case)…despite a liberal European milieu the family clings tenaciously to Muslim values. As soon as their daughters are teenagers a traditional marriage with a Muslim man is arranged (a marriage in Pakistan perhaps).
But here in the film we have an 18-year-old Zahira who gets pregnant, her boyfriend doesn’t want to marry…and she doesn’t want to abort the child like many a pregnant teenager does, she wants to be an unwed mother (in European society which indulges young unmarried mothers!). Poor Zahira, she compounds her `sins’ by refusing to abort and get married jhat pat to a boy found for her in Pakistan….instead she runs away for a fling with a European boy interested in her!
Alas, she made the mistake of returning home for a brother she loves, who quietly hugs her with tears in his eyes even while he ruthlessly thrusts a knife through her. It’s called honour killing, justified in the name of love! Daughters, or for that matter women, will never really be loved as much as sons in Islamic and Hindu societies.
They may live only if they toe the patriarchal codes of conduct laid down for them. Otherwise, it’s okay to kill them! Even if they’re born, bred, educated in Western societies where right to life and pursuit of happiness is taken for granted and enjoyed by both sexes, at least in the eyes of the law.
In India and China, of course, we still continue to believe that it’s best to do away with a female child while in womb itself. Not funny. I don’t think I’ll forget this film in a hurry. There’s nothing so retrogressive, depressive or oppressive as male chauvinist mindsets. I mean, I forgive my father’s generation which grew up with male chauvinism all around them and perhaps didn’t know any better…but not my brother’s or husband’s generation which received so much more by way of a liberal education!
In this respect I always say, education is not in pieces of paper but in how we think, regardless of who we are, male, female, bisexual or gay. Naturally, how we think is how we behave and bring up our children in word, deed and action as in the examples we set. Think about all this, my dears. It’s avjo, poiteverem, selamat datang, au revoir, arrivedecci and vachun yetta here for now.