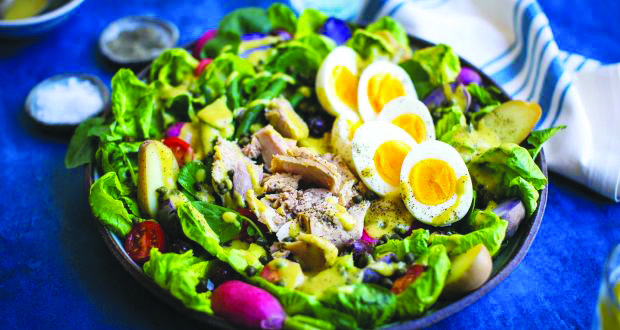 So called clean eating has become a craze, but as with everything else balance is important

Gluten-free, sugar-free, oil-free, grain-free, legume-free, raw hummus wheat-free bread… the supermarket shelves have become shrines to ‘clean eating’ – a faith that promises happiness, healthiness and an abundance of energy at a go. The craze triggered by vegan food photos and social media hashtags like #cleaneating, #eatclean has millions of followers worldwide. In fact, #cleaneating has over 60 million followers alone!
But as they say, too much of anything cannot be a good thing. And experts around the world have started talking about the obsession with clean eating that has, ironically, become quite unhealthy.
What is clean eating?
Simply put, when you choose whole foods as they are closest to nature, or in their least-processed state, you are choosing ‘clean’ foods. After that the definition varies according to the particular diet you have chosen – from dairy-free to grain-free, gluten-free and vegan and many more. So far, so good. But how did this trend — which depending on your body type promises to rid your body of toxins and make you fit and happy — become unhealthy?
Unhealthy obsession
Wellness blogger Jia Singh, 30, says, “I’d like to eat healthy but this madness surrounding clean eating is disturbing. One day, we cut out oil, next day it’s diary, and then something else… where does it stop?” Mynah Varma, a 22-year-old fashion design student explains how a clean food diet made her weak. “I was told to go off grains and sugar. The first thing that happened is I felt drained. For days, I had no energy and my blood pressure became alarmingly low. Then I started losing hair, which scared me.” Though Varma still follows a clean diet, she brought back grains in her diet to feel energetic.
We have replaced ordinary, everyday food with fancy food items almost alien to our diet, says dietician Ishi Khosla. “Food is not being looked as food anymore, it’s a fad,” she says.
Canadian dietician Kate Comeau says the problem is that the term ‘clean eating’ is vague and unscientific, yet is used loosely on a daily basis by bloggers and alternative health practitioners to categorise foods and make them appear trendy. The visual appeal of these foods, or bloggers promoting them, attracts people to follow them blindly, without medical advice, which can be dangerous.
For UK-based blogger Eloise du Luart what started as a healthy practice led her to a path where she did not just become physically unhealthy (her bones became brittle and she suffered from malnutrition) but reached a stage where her friends stayed away from her and family “walked on eggshells around her”. In several interviews, du Luart explains how food blogging led her to develop a condition known as orthorexia (an obsession with healthy foods and clean eating).
“It was all this false sense of perfection. Now, when I look back, I can see the control and the obsession,” she says in a BBC News interview. For du Luart, it was mandatory for the food she was posting on her Instagram account to look good. And that’s not where her obsession stopped. Eventually, she would be so picky about attending get-togethers, about the food served everywhere, that people started to stay away from her. Even at home, it was difficult for other members of her family to talk to her about anything related to food.
Food, not fad
The after-effects of the reductionist approach to food are long-term – nutritional deficiencies, poor stamina and risk to the immune system; all of which are detrimental to psychological health too.
Khosla says, “Food has to be looked at as a pleasure too – an experience you enjoy. What counts is when you eat, how much you eat and what your body can digest.” The one basic rule is: eat food with common sense.
Signs that clean eating has turned into an obsession
You have rigid dietary restrictions and ritualised eating
You attempt to control everything about the foods you eat
There’s an extraordinary amount of fear to eat something that is outside your healthy eating programme
Irrational concern over food preparation techniques, especially the washing of food or sterilisation of utensils
Excessively eliminating certain food
You’re terrified of tomatoes one day because some study says they cause heartburn. The next day, it’s sushi (mercury!). The following, it’s legumes.
There is an increase in consumption of herbal remedies or probiotics.
You have a superiority complex about your diet. You see yourself on a nutritional pedestal.
Clean eating has taken a misguided turn. It has been morphed from a very simple sense of awareness about food into a completely fad diet-driven society.