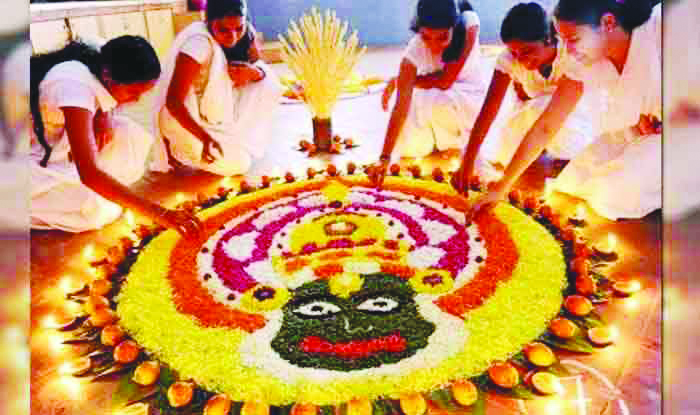 MALAYALIS: The Malayalis were among the first to migrate to Goa to fill up the vacancies for Engineers in the electricity and Public works department. Most of them have settle in Goa and the second and third generation have virtually taken over some institution like nursing in GMC

safe, secure, and offers a very good quality of life. Goa is the only state where there are no open caste and class conflicts, and, relative to the metros, the cost of real estate is still quite cheap!

For the generation of middle-class desis who went to college in the mid-Seventies, Goa was Mario Miranda and Anjuna beach. Mario because he was a marvellous cartoonist who created a gallery of Goan types and Anjuna because it was a nude beach. I remember making my pilgrimage to Anjuna in 1977 after the last of my B.A. exams. In just this spirit of voyeuristic reverence did slightly older contemporaries set off for Rishikesh to gawk at the Beatles; rock stars and nude beaches were our chance to catch a first-hand glimpse of Elsewhere.
When I next visited Goa, I was a family man, deep into middle-age. It was 2008, around the time that Delhi’s middle class, buoyed by a booming property market, found the disposable income to buy second homes. While their parents had looked to

North Indian hill stations for their retreats, this generation began buying into Goa. While Goa had been ‘discovered’ by the affluent Mumbaikar earlier, this new migration was remarkable in its size and suddenness. Impressionistically, every third friend or acquaintance in Delhi had seemingly either bought or was in the process of buying a home in Goa.
The obvious explanation for this — sun, sea, sand — is both true and misleading. It’s true to the extent that desis are unselfconsciously imitative and they’ve persuaded themselves that they want to sunbathe and paddle in salt water because that’s what white people do. This is a powerful incentive; strong enough to overcome their landlocked fear of the rumbling menace of the sea and its powerful fishiness. It explains the passion for sea-side property. It is misleading because while it is a reasonable explanation for the hordes of holiday makers who visit Goa during the season, it doesn’t explain the North Indian willingness to buy a second home to live in a place that’s a three-hour flight away.
The need to live in Goa has very little to do with beaches and swimming pools. It has to do with the fact that compared to Delhi,

Goa is a cosmopolitan and civilized place to live in. This is something that most prospective buyers instinctively recognize even if their stated reasons for buying are phrased in the language of day-trippers and holiday makers.
Being affluent in the West is easy because there is no guilt in enjoying your money in a world where nearly everyone else lives well above the level of bare subsistence. Being affluent in Delhi is harder for aesthetic and moral reasons. If you’re rich and heartless, your pleasure in your money is diminished by the unsightliness of wretchedness and disability at every traffic light. Extreme poverty disfigures your landscape, so it makes complete sense to relocate to a place where such poverty doesn’t exist. Goa is one of the few places in India of which that can be said.
If you’re affluent and conscience-stricken, Goa is even more attractive. Because then, you’re self-aware enough to know that the promise of modernity is the promise of a generalized well-being. This is not a promise that has been fulfilled in India which makes it hard to be comfortably liberal in a grotesquely unequal place like Delhi. To the desi outsider, Goa seems like a modest welfare State. The misery visible in the most affluent neighbourhoods of Delhi just doesn’t exist in Goa. So to live in Goa is to take an extended holiday from the commonplace horrors of Hindustan.
The absence of degrading poverty is connected to the other thing a visitor from the North Indian hinterland notices immediately: an absence of deference. This is true of most places in western India when compared to the vicious hierarchies

of Bimaru states, but it is most visibly true of Goa. For example, the taxi driver who takes you from the airport to your hotel or between Panjim and the villages in its vicinity, is friendly, even garrulous, but not in an ingratiating way. He makes a reasonable living (taxis in Goa must be the most expensive in the country) and his expectations are solidly middle-class. The local grocery store, in Corjuem, a village in North Goa, where I stayed for a few days, was just another house down the road, run by a bespectacled, middle-aged man who could have been my uncle. Delhiwallahs like me, regardless of how evolved we think we are, expect the local kirana shop owner to be socially inferior. When we are polite to him, we are being gracious. Whereas the transaction in the Goan grocery shop was a matter-of-fact exchange between (for want of a better word) citizens.
But there is another quality to Goa that truly sets it apart from the Indian hinterland. After all, the absence of deference, the sense of equal citizenship, the nourishing presence of a basic welfare State, aren’t unique to Goa. Kerala, on the same western coast, can lay claim to all those virtues. Visiting Kochi some weeks ago, I was exploring the church where Vasco da Gama had been first buried, when the similarity of the Fort area to parts of Goa struck me: the seaside, the rain trees, the tiled and pitched roofs, the great colonial buildings.
There is, though, a crucial difference. First, there are no bars or drinking places outside of hotels in Kerala because political parties think there are votes to be won by flirting with prohibition. And when my wife and I were taken to a bar in a three or four star hotel, she was the only woman in the room. The waiters were so enthused by her presence that by the time she drank an inch of beer, they began solicitously asking if she wanted more. Our hosts explained that in Kochi women weren’t expected to drink in public bars.
The moral of the story is that Goa is not just a more egalitarian place socially, it is also a cosmopolitan one. Drinking is not policed, bars are an everyday part of not just Panjim and the beaches but inland villages. In Corjuem, the local bar bordered the local grocery store, and – this is important – was frequented by locals which included women. One reason why Goa is a North

Indian fantasy of not-India is that drinking is a normal business. Goans are so dedicated to affordable drinking that there are first-rate indigenously made substitutes for tequila and Cointreau that no one in Delhi’s ever heard of.
Even as Delhiwallahs buy into this world, they hold it at an arm’s length. They socialize, as expatriates inevitably will, in tight settler networks, they live in gated ‘villas’ and apartment complexes, they complain about the laziness of the natives and they tap the poorest states of India for the live-in, oppress-at-will, domestic servants that Goa’s egalitarian world will not supply. The irony of this North Indian influx is that people-like-us live in Goa because it’s not-India… and then, inexorably, remake it in our image.