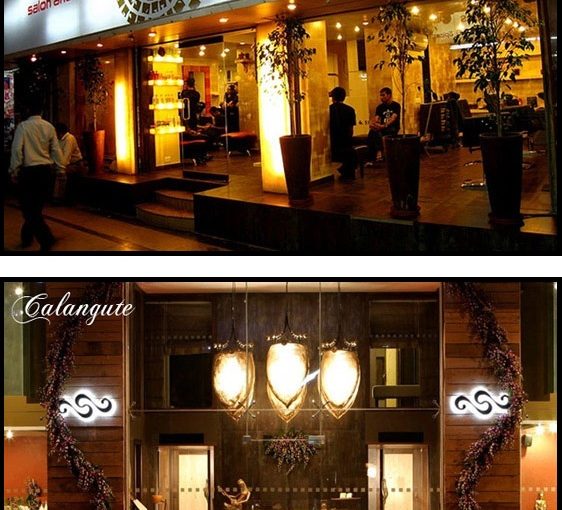 EXPOSED: Goan Observer has in the past exposed the involvement of Snip chain of saloons in trafficking and exploitation of women as documented by an American anthropologist studying the spa industry in Goa. The present dispute was over the work permit of an Indonesian lady who was employed by Snip even though she had a work permit for some other company that was not even in the same field

Veteran SP Bosco George, considered one of the most honest and conscientious police officers in the state, has rebutted the charges by owners of the Snip chain of saloons who were previously investigated for illegally bringing in women from abroad for their beauty parlors. Bosco George is the SP in-charge of the Foreigners Regional Registration Office

As SP in-charge of the Foreigners Regional Registration Office, Bosco George did not know the sequence of events that would unfold when he received a request for registration of six female Indonesian nationals in May 2018.
The facts of the case, as put forth by Bosco George in his reply to a complaint dated September 28, 2018 are as follows:
On receiving the passports, visas and other documents submitted, the FRRO went through them and finally passed an order on September 10, 2018, noting that the conditions of the visas had been violated, saying —
“On above Visa No. VK4655998 dated 08/02/2018 there is endorsement “Registration within 14 days of arrival in India”. However you have approached for registration after 14 days i.e on 11/05/2018.
Also there is’ endorsement on the Visa “To work as Spa Trainer at Ajanta Medicals Pvt. Ltd.” in Goa. However as per the documents furnished by you it is transpired that you are employed at M/s Snip Salon and Spa Panaji.
It also transpires that Ajanta Medicals Pvt. Ltd. Situated at 71 Bethora Industrial Estate, Bethora, Ponda is a manufacturing unit manufacturing “Adusol” Ayurvedic Compound and is not connected with the working of Snip Spa & Saloon which is a beauty parlour and thereby not fulfilling the Visa Manual conditions.
All the above acts on your part amounts to Visa violation. “
The same Order dated September 10, directed the six female Indonesian nationals to exit/leave the country by September 20, 2018, and further directed them to furnish a copy of the confirmed tickets by September 17, 2018, to the office to process their file in order to facilitate their exit by September 20.

The aggrieved six Indonesian nationals preferred a Writ Petition having Stamp number main no. 3145/2018 before the High Court challenging the Order dated September 10, 2018.
The High Court on September 25, 2018 passed the following Order:
The impugned order dated 10 September 2018 be treated as a show cause notice specifying the grounds against the Petitioner.
The Petitioner will appear before the FRRO, Panaji, Goa on 28 September 2018 at 11.00 a.m. personally or through a representative or Advocate/s.
It is open to the FRRO to grant time to the Petitioner by fixing further date, in case the Petitioner wants to produce document in support of her case.
The FRRO will, after considering the reply of the Petitioner, pass necessary order as per law.

Accordingly on September 28 at around 11.00 am the learned Advocate/Complainant appeared before the FRRO for the personal hearing, introduced herself as Adv S Pai Raikar and said that she was appearing on behalf of the six Indonesian nationals.
Deputy Superintendent of Police Mrs Maria Monserrate and Police Inspector Mrs Nutan U Vernekar were present during the entire hearing.

(Ed. note: The following extracts are from Bosco George’s (hereafter the ‘Undersigned’) reply to a complaint filed after the September 28 meeting. Irrelevant or repetitive portions have been excluded)

‘4) In view of above order a personal hearing was being given to you on 28/09/2018. While your statement was being recorded your advocates objected to the same and you left the office with them.
5) You have also furnished an application dated 28/09/2018 seeking three weeks time to procure documents required to be submitted along with the reply to the Show Cause notice issued by this authority.
6) It is to inform that you have already violated the visa conditions of non registration and change of employment and no further time can be considered as since the date of your application i.e. 1/05/2018 sufficient time has been granted by this office which is more than four and a half months. More over an MOU which was produced is not complementary to the requirement of change of employer. This authority relies on the documents which were furnished at the time of seeking above employment visa and which were furnished to this office during registration and enquiry.
7) As per Chapter 7 “Employment Visa“ of Visa Manual, Government of India, Ministry of Home Affairs, at point 7.11 “Dealing with change of employer”, as per para ii (a) Prior permission of the Ministry of Home Affairs is required for change of employment and to a Note:For the above purpose the holding company and subsidiary shall have the same meaning as provided in section 2 of the Companies Act 2013.
8) Therefore, In exercise of the powers conferred by clause (0) of Sub-Section (2) of Section 3 of Foreigners Act 1946 (Central Act 31 of 1946), read with Notification No.1103 (E) dated 14/05/2012 of Ministry of Home Affairs, New Delhi, the Undersigned being FRRO, Goa hereby orders that since Ms. Luh Putu Evi Damayanti, Indonesian national, holder of Passport No. B 0015231 has violated the above Visa conditions, she shall leave India by 05/10/2018”.