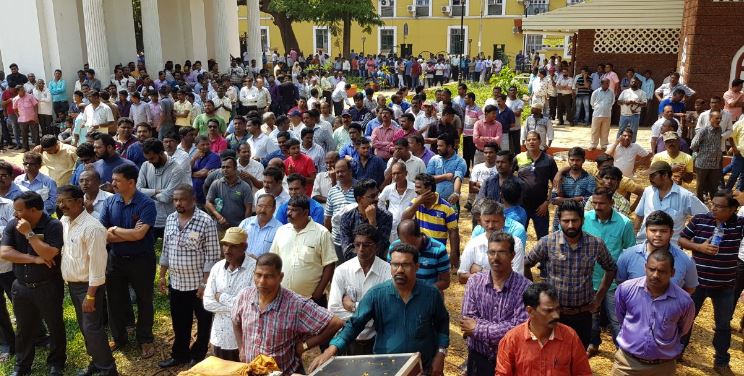 THREAT: The mining dependants who met at the Azad Maidan have decided to protest before parliament in Delhi in the winter session. Senior BJP leaders like Nilesh Cabral and even Speaker Pramod Sawant have offered to support them. (In pic – February 2018 mining protest)