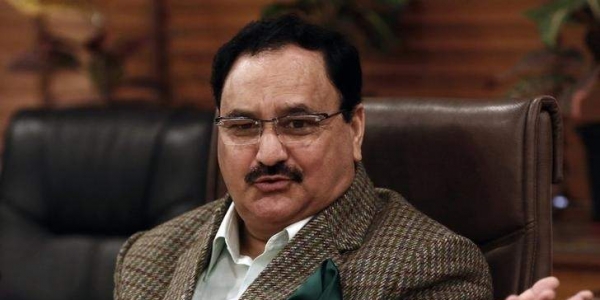 CORRECTIVE SURGERY: The All India Institute of Medical Sciences has had to have a separate corrective surgery department for victims of faulty implants or unqualified doctors. The Health Ministry under Union Minister Nadda approved compensations between `30 lakh and `1.23 crore for victims of J&J’s faulty implants recently on the recommendations of an expert committee but affected patients allege only J&J was consulted

Johnson & Johnson which was earlier hauled up for charges that its baby powder had caused cancer in isolated cases, is now under fire for faulty implants. TVictims have written to Union Health Minister J P Nada rejecting the compensation formula accepted by the government stating it was done without consulting the affected patients or civil society groups

A group of patients, who suffered due to alleged faulty hip replacement surgeries by a multinational firm, said today that the Centre’s response to their pain had been of “apathy and dismissiveness”, and rued lack of consideration of criminal charges against the company.
With reports indicating that an expert panel set up to investigate complaints about hip implant devices has suggested that the company pay compensation of around `20 lakh to the affected patients, they said it would only “add insult to serious injury”.
According to reports, pharma giant Johnson and Johnson “suppressed” facts on the harm caused by surgeries which were conducted on patients in India using “faulty” hip replacement systems.
“We are writing to you as a group of patients who have suffered as a result of Johnson and Johnson’s faulty ASR hip implants which were globally recalled in 2010. We have suffered severe consequences — medical, financial and personal — because of the hip implant and have been forced to lead severely compromised lives.”
“In spite of our attempts over several years to draw attention to the serious safety concerns with the ASR hip implant device, and the pain and agony experienced by us, the response from the government for years was one of apathy and dismissiveness,” they wrote in the letter to Union Health Minister J P Nadda.
They said the government constituted a high-powered expert committee to look into the ASR hip implant and the conduct of Johnson and Johnson in light of the failure of the device in 2017.
This committee submitted its final report to the Ministry of Health and Family Welfare in February 2018.
“It is now six months since the report was submitted but it has not been made available to the public or to us.”
Since February, some of us have made requests for the Expert Committee report to officials in the CDSCO (Central Drugs Standard Control Organisation) and in the Ministry of Health and Family Welfare, only to be told that the report cannot be shared without providing any reasons,” they said.
The letter was signed by Vijay Vojhala; Jennifer Barucha, daughter of Daisy Barucha who passed away in 2014; Praful Sardesai; Vinay Agarwal; and Shailesh Bachate among others.
The patients said top government officials have made comments in newspapers about the setting up of central and regional committees to make evaluations for compensation to patients on the basis of the recommendations.
“A few leading newspapers have also published small excerpts of the observations and recommendations of the committee.
Some have also reported actual compensatory amounts, which if accurate in terms of the amounts mentioned, would only add insult to serious injury.
“The one matter astonishingly missing from these reports is whether there has been any consideration of criminal charges or investigations into the criminal acts of Johnson and Johnson in marketing this faulty product,” they said.
Nadda yesterday said his ministry was holding deliberations on an expert panel’s report and would take necessary steps.
“It is surprising that the media has been able to get the report yet the persons directly affected have kept in the dark. Indeed, we are unable to make sense of these claims and media reports being unaware of the contents of the expert committee report, which is still secret.”
“We believe that the investigation of Johnson and Johnson’s faulty hip implants and the resulting governmental action should be done in a transparent manner so as to ensure that vested interests do not unduly influence the process, the letter stated,” they wrote in the letter.
The group said in the last eight years, since the recall of this product, they have endured pain and become disabled while some of them have lost family members who died awaiting redressal.
“Denying us the report of the Expert Committee which was instituted after our constant requests and perseverance, and which sought the testimony and experiences of patients, is like rubbing salt on our wounds, and undermines our struggle for justice.”
“Therefore, we request that the final report of the Expert Committee is made available to us in its entirety and also put in the public domain. We also seek participation in any further deliberations by the Government on the action to be taken on the report,” they said.
Reports quoting the expert committee findings say that over 3,600 patients with faulty implants remain untraceable and that at least four deaths have been reported among these patients.
The Health Ministry had on August 25 said that following the reports which appeared in the media, it has directed the formation of state-level committees for hearing the grievances.
“The compensation to the patients will be decided based on examinations done on them. Now we have to assess how many (patients) are affected due to it. That is why state committees will be formed.”
Apart from this, advertisements will also be put up in prominent newspapers so that the affected patients know about this and can approach the committee with their grievances,” the Drugs Controller General of India Eswara Reddy had told PTI.