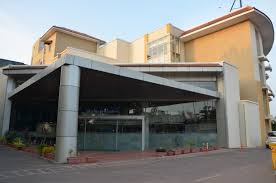 ILLEGAL: Private hospitals like Manipal have been allegedly carrying out kidney transplants though they are not authorized to do so. There have also been several scams associated with the orthopaedic department in the GMC

In a detailed investigation, a team of international journalists from over a hundred media organisations, including the BBC, the Guardian and our own Indian Express, exposed the usage of substandard implants, ranging from stents to knee and hip implants. Goans who have been affected by the use of faulty implants by local doctors can claim part of the compensation that has been awarded to patients in the US and UK. We carry reports from the Indian Express on the highlights of the investigation in the following pages

Freshly in the wake of Johnson’s baby powder proving to be carcinogenic comes the news of an international racket in the entire range of implants. The exposure was made by an international team of journalists from 55 countries representing leading publications including the Guardian and the BBC (UK), Washington Post (US), La Monde (France) and The Indian Express (India).
The investigations have revealed that big name and revered pharma companies like Bayers Abbott not to mention Johnson have been supplying substandard implants to India which have been recalled in Western countries following widespread protests. The implants include complete hip implants, knee implants and even dental implants.
The All India Institute of Medical Sciences (AIIMS) has a special ward for undertaking corrective surgery caused by faulty implants. A top doctor in the corrective surgery ward, Dr C S Yadav, has wryly remarked that considering there were 350 different brands of complete hip implants, one may imagine the chaos. If aircraft had 350 different kinds of engines they would crash everyday. There is no regulatory authority for checking implants either at the wholesale or retail or manufacturers level.
The food and drug administration in various countries, including the FDA in the USA, considered the most efficient of the lot, do not cover manufacturers of faulty implants. They only take action when doctors report malfunctioning of implants and the rising trend in corrective surgeries with regard to specific batches of implants linked to a particular MNC. While the FDA in the US has ordered compensation to victims, it takes decades to get compensation from Indian hospitals as the FDA here has no proper regulations for implants.

It was only recently that the Ministry of Health brought in some legislation on stents which are used to widen veins when there are blockages in the arteries. The standard stent which cost `32,000 ex-factory is billed to the patient for between `1.25 and `2 lakh. This is also true of other cardiac implants like pacemakers and defibrillators. The most disturbing of the stent implant rackets is the practice of harvesting stents which still have shelf life from dead bodies in collusion with funeral parlours in the US. These stents are removed, probably without the consent of the patient’s relatives, and are sold by dealers in the country — although some NRI cardiologists, including some in Goa, donate them as great acts of charity. As far as we know the practice of using stents harvested from dead bodies has not been approved by any regulatory authority.
Traditionally in Goa you cannot rely on the quality of any consumable item supplied by the hospital. Whether it is surgical gloves used by doctors and nurses, or stents for heart surgery, or equipment used for knee and total hip transplants. It is of course much worse in government hospitals like the GMC. Inevitably, you will find agents of the doctors hovering around the orthopaedic ward which requires the largest number of implants.
Implants need not be stents or entire hips or knees, but incudes the screws and plates used in factures. The doctor directs you to buy the implant concerned whether it is a screw or a plate or an entire hip only from the agent concerned. You are not permitted to buy it from the open market.
There is a doctor who is now very close to Vishwajit Rane who had perfected the art of forcing patients to buy equipment needed during surgery exclusively from his agents. The notorious doctor is even alleged to have pilfered material from the hospital for using in his private patients.

Besides implants Goa and India have also become an unofficial laboratory with patients not only in government hospitals but private hospitals with patients being treated like guinea pigs. Some time ago the HOD and a lecturer from the TB & Chest Hospital were suspended for conducing illegal trials for a leading multinational.
For the second time Novartis is the biggest manufacturer of insulin in the world is conducting trials on is new drugs for diabetes under the guise of holding educational camps for diabetic patients. During its earlier tenure Novartis which was brought into Goa by Vishwajit Rane when he was the health minister, the company got thousands of Goa addicted to insulin which were supplied free for a few months as bait. Insulin is more addictive than cocaine and once hooked it is impossible to wean off.
Diabetes is the most expensive disease as just the strips which are needed to keep track of blood sugar levels and used two to four times a day cost a minimum of `20 per strip. As in most consumer products the testing equipment comes cheap but the consumables cost a bomb. If a doctor is not ethical he will put you on insulin as he gets a much higher kickback on insulin from the manufacturing company.
The more expensive the drug prescribed whether it is for; a common cold or for a dengue and malaria the higher the commission extended to the GP. I recall a time when antibiotics were never prescribed for the common cold. A manufacturer of pharma products himself has posted on Facebook that in the case of a cold if you not use any medication it lasts for three days. If you use an antibiotic it will last for a week or more.
Despite this more and more expensive antibiotics are prescribed by even doctors whom you trusted for their honesty. The excuse, which has a large measure of truth, is that the majority of us have become resistant to most antibiotics. This is because the rules are not followed. If you start on antibiotic you have to complete the full course which is a minimum of five to ten days. Most imagine that they feel better within three days and stop the antibiotic.
Even worse is self-medication since patients who feel that a particular antibiotic has been effective the previous time, go and buy the same antibiotic from the obliging pharmacy. Though in theory no scheduled drug should be sold over the counter this is followed more in the breach.
The worst part of being a patient in the country is that everyone in a hospital from the ward boy to the consultant thinks he knows more about your body than the patient. Asking questions is strictly forbidden. You are expected to rely on the wisdom of the health provider. If you ask any questions you are liable to be considered a difficult patient and treated even worse than normal.
The backbone of every hospital are the nurses and the resident doctors. The consultant may be highly reputed but he sees you only for a few minutes. In an emergency you are dependent on the resident or the nurse. Over 99% of the residents in allopathic hospitals are homeopaths or Ayurvedic. Hundred percent of the nurses in private hospitals in Goa in do not have trained nurses and those who have diploma holders are paid less than `10,000 in contrast to government nurses who get `60,000 at the start of the pay scale. Which is why we need to support the all India convention being held by trained nurses in Goa in the near future.