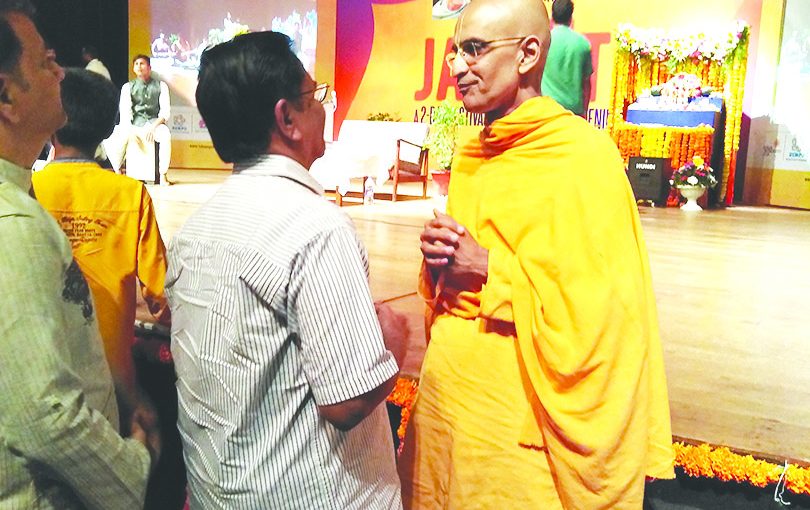 SPIRITUAL AWAKENING V/S HAPPINESS: Read your ‘Bhagvad Gita’ for taking decisions and finding solutions to be happy, says ISKCON guru Radha Gopinath Das; Later on speaking to a one of the visitors at the Jagruti 2019 festival.
The ‘samudra manthan leela’ story… offers many leads to churning a happy life for oneself!