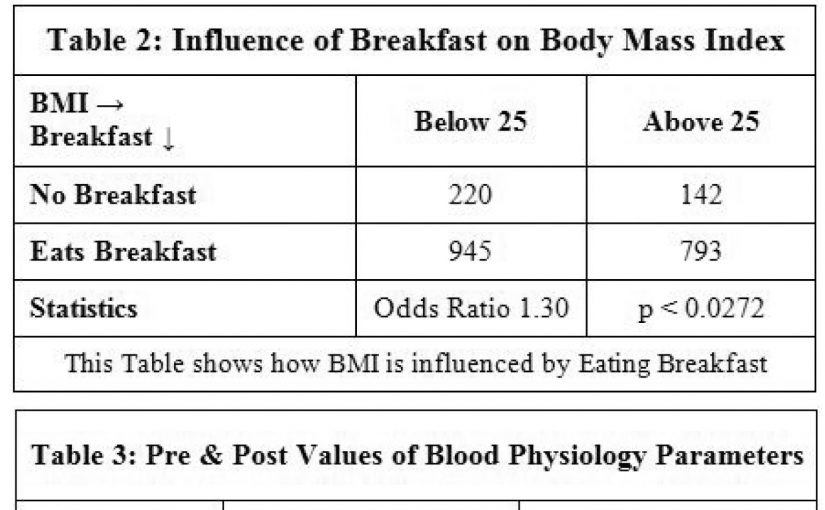 In his continuing series of articles, Dr ALEX HANKEY, professor at S-VYASA university in Bangalore, explains how he came to believe that the AYUSH systems of medicine are the key to the current epidemic of chronic disease

This previous article described how I came to supervise my most creatively extraordinary research student since I came to India in 2006: my amazing student, Dr Purnima Datey, who, a few weeks ago, received a PhD for her work on Ayurveda on 12th January. She lives in Bhopal where she and her husband have changed the lives of several children from the local slum, paying for some who wanted an education to attend school, and employing many in her various Rasahara Kendras, herbal juice clinics. Her husband helps run a small business and works part time for that section of the local RSS. As a result, I have been privileged to meet several Pracharaks from that organisation at their house when I have stayed there. As I said in the previous article, Purnima is the niece of a Vaidya in Pune, the late P.Y. Vaidya Khadivale, who was awarded India’s Vaidyaratna accolade a few months before he passed on early in 2018. His influence completely imbued Dr Purnima with Ayurveda. It was completely natural for her to make amazingly original suggestions for new Ayurveda research during the time we have been working together – and continue to do so, her latest paper was submitted to a prestigious Indian journal only last week.
When patients come to any one of Purnima’s four clinics, they are asked to fill out a form giving information about their complaint, and also their current habits of diet and lifestyle, Ahara and Vihara, to use the Sanskrit terms. This is because Ayurveda’s understanding of what constitutes an ideal lifestyle is so profound that its practitioners can tell the kind of problems that will arise in their physiology when a person deviates from such a lifestyle in specific ways. Insisting that her patients follow correct diet and lifestyle is one of the means by which her treatments achieve consistently beneficial results. Even something as simple as sleeping late in the mornings, or sleeping after lunch, both of which can aggravate Kapha Dosha, can be shown to increase the probability of succumbing to a Kapha Roga — the class of disease induced by imbalances in functions that Ayurveda attributes to Kapha Dosha.
At Purnima’s insistence, and with my willing cooperation, we analysed several of these kinds of factors. The first was the effect of eating the midday meal at the wrong time. Ayurveda states that the main meal of the day should be eaten during the second Prahara, the second quarter of the daylight hours, ending when Surya is at his zenith – about 12.15 in Bhopal, and closer to 12.30 in Goa, being considerably to the west. To my astonishment, we were able to show that people who eat lunch late (as most people in India are in the habit of doing) have significantly increased body mass index, scientifically known as their BMI. In many places, we may notice that restaurants and hotels serving lunch do not begin to really fill up until after 1.30 pm, indicating widespread bad habits that can only increase disease susceptibility to diseases like type 2 diabetes mellitus.
The reason given by Ayurveda for such increases is very simple. Digestion is strongest when Pitta Dosha becomes dominant in the middle third of the daytime, i.e. the daylight hours, since our physiologies naturally adapt to the season. However, it takes several hours to digest a meal, and if one starts eating that late, liver function will have weakened by the time food passes out of the stomach. The result will be incomplete digestion and toxicity in the body recognized by most if not all the AYUSH systems of medicine as a key element of pathogenesis, i.e. a major source of disease.
We were thrilled to find that the data we obtained from forms filled out at her clinics seemed to confirm Purnima’s instinct that Ayurveda’s insight would prove correct. It did indeed! To demonstrate this, we simply constructed a 2×2 table giving people’s responses to two questions such as: “What time do you start lunch?”, and “What are your height and weight?” The answers were transformed into ‘Yes’ and ‘No’ according to whether the time was within the second Prahara, and whether their body-mass index (BMI) was above or below a given value. One of the sets of results we obtained from these two questions is given in Table 1.
Another result was the influence of eating breakfast on Body Mass Index – see Table 2. It is well known that those with Body Mass Index above 27 or 25 are at increased risk of various non-communicable diseases, including cardiovascular disease and diabetes, two of the main plagues of today’s developed societies. Adjusting meals and mealtime habits presents a simple way to reduce risk of such NCDs among the whole population of India, one that would be easy to implement nation-wide by a simple public relations campaign. What better demonstration could be given of the real value of Ayurveda’s advice on diet and lifestyle in today’s world?
Interestingly, when the Prime Minister of India has spoken on the value of Ayurveda, such as in his speech to the Sixth World Ayurveda Congress in Delhi in 2014, he has particularly emphasized its ability to reduce incidence of pathology by its advice on Ahara-Vihara. These results of Dr Purnima’s published in 2017 in Annals of Ayurvedic Medicine represent the first attempt to verify their scientific validity. A second paper on the topic is now being submitted for publication.
Another set of results obtained in Dr Purnima’s PhD thesis study should also be shown, because they have profound implications for how Ayurveda and Yoga act on the body to restore it to normal functioning. What is observed is completely different from the action of modern drugs. Drugs are designed to shift a particular variable in a given direction – they change its mean value. Traditional systems of medicine more often use strategies which restore the variable to its normal range, as emphasized at the end of the previous article and shown in Table 3.

This however has a profound consequence for the way that changes in the variable behave in different kinds of study. In biomedical studies, tests are made of the change in the mean of the variable for the group on whom a drug is being tested. In Yoga and Ayurveda Rasahara, however, changes are different. Values of a variable will not change if it is already in the normal range, but they will reduce if it is high, and very often they will increase if it is low — and such changes will be more, the further that the initial value of the variable is from its normal range. In other words, the range of values of the variable is compressed by the action of treatment. In the language of statistics, ‘Its variance is reduced’. This can only happen if the action of treatment is to improve regulation of the chemical or physiological parameter like blood pressure being assessed in the study.
Dr Purnima’s research produced a dramatic example of this kind of ‘variance reduction’ in the measurements of blood pressure and pulse rate taken in her thesis study. They are so dramatic that they also merit presentation in a table. See Table 3.
The results presented in Table 3 have many levels of significance. First, they show that when measuring results of studies of Indian Systems of Medicine, one should also test differences in pre-post values for changes in width between the initial and final distributions – their variances. Such changes are liable to be even more significant than changes in mean value, as seen here. Second, they show that the fundamental action of such traditional systems is to restore normal function, a fact which can explain why they can often cure non-communicable diseases. Third, the implication that they improve regulation explains how they cure such diseases. Chronic diseases arise because of failures in regulation of bodily functions. By restoring regulation to its normal function, chronic diseases can be cured. The methods of Indian Systems of Medicine are evidently designed to do just that. I should therefore like to conclude with a medical ‘sutra’ describing health, which came to me in 2011, and which I teach to all my classes. It has a form similar to a Gayatri Mantra in that it has three lines – though the number of syllables vary:
Poor Regulation Gives Poor Health
Improving Regulation Improves Health
Optimal Regulation is Optimal Health