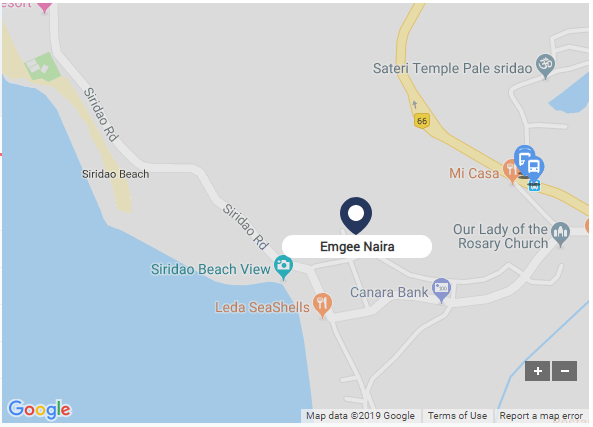 RAPPED: EMGEE Developers was ordered by the consumer court to return the advance to Ms Joan Rita Bridget Mayne or failing that, to deliver the 10 crore villa supposedly being developed in Naira in Siridao on which she had paid an advance of1 crore

In a landmark judgment on March 7, 2019, Prem Narayan, presiding member of the National Consumer Disputes Re-dressal Commission, New Delhi (Consumer Case No. 1053 of 2015) indicted EMGEE properties of defrauding a Goan NRI, Joan Rita Bridget Mayne, who lives in Dona Paula of 1 crore under the pretense of selling a super luxury villa in ‘Naira’ in Siridao for10 crore. Ms Joan Mayne who paid an advance of 1 crore as the booking amount discovered that EMGEE had not got approval for villa no 12 when they took the advance of1 crore on May 19, 2014 as the booking amount. She sought the cancellation of the booking on reading that the villas was being constructed by cutting the hill for which no permission had been taken by the builder. EMGEE in turn demanded an additional 2 crore and on non-payment informed Ms Mayne that the1 crore already paid stood forfeited. In his order Prem Narayan allowed the request of the complainant and directed EMGEE Developers to refund `1 crore to Ms Joan Mayne along with 8% interest per annum from the date of deposit to the actual payment. Ms Joan Mayne was represented by senior Goan advocate Joseph Vaz. It is suspected that the 12 villa project was part of the disputed plots developed by Alcon for the Dempos

ORDER
Consumer complainant No.1053 of 2015 is allowed and the opposite parties are jointly and severally directed to refund Rs.1,00,00,000/- (rupees one crore only) to the complainant along with 8% interest p.a. from the date of deposit till actual payment. Opposite parties will also pay Rs.20,000/- (rupees twenty thousand only) as cost of litigation to the complainant.
This order be complied by the opposite parties within a period of 45 days from the date of receipt/service of this order.
………………….
PREM NARAIN
PRESIDING MEMBER