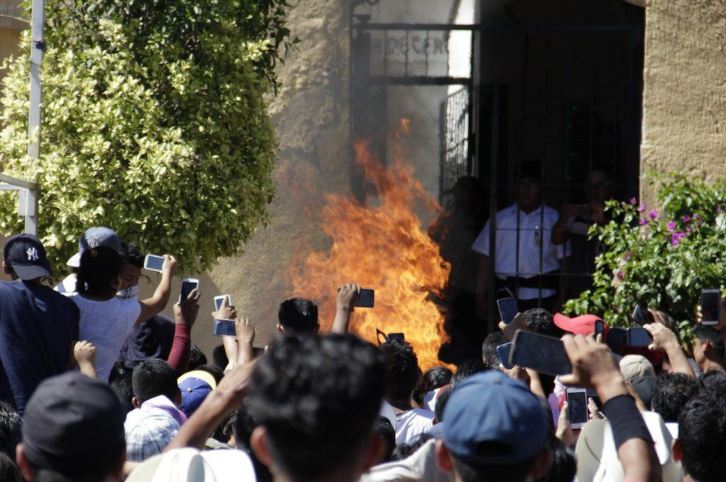 DANGEROUS: : Facebook and other social media, including Whatsapp, have become dangerous weapons during elections, where numbers are manipulated by algorithms and ‘bots’ controlled by the digital managers of political parties. The number of followers can be hiked artificially. Even worse, rumours spread through social media have caused mob violence on several occasions

Particularly during elections, fake messages are sent through WhatsApp to create trouble and even call respectable people kidnappers, as has happened in Rajasthan

How much time does an Indian user spend on WhatsApp daily — there were 250 million monthly active users in 2017 — and how likely are they to believe whatever messages they see, especially in an election season or in an atmosphere where misinformation has led to violence?
Almost half of Indians say they never believe the information they receive on WhatsApp but 22% say they never verify information coming in from WhatsApp. Two-thirds believe that viral messages on WhatsApp can lead to incidents of unrest. But six out of ten also believe that WhatsApp can be used as a positive messaging channel.
The double-edged sword understanding comes from a survey by technology-centred NGO Digital Empowerment Foundation exclusively accessed by the Indian Express. Over the past year, the group interviewed roughly 3,000 people from Tier II and Tier III cities in 11 Indian states about their WhatsApp usage and awareness. Half of the respondents were students while a little less than a third were policemen.
The states in the survey included six that were due for Assembly elections while DEF conducted the study and another five states had seen a high number of misinformation-related violence, according to the organisation.
While almost half of the respondents — 46% — believed people using technology and the technology platforms were to blame for misinformation, disinformation, and fake news, another 39% said that the blame was on the people using the technology. Only 14% blamed the technology platforms themselves.

While 66% found that viral messages could lead to incidents of unrest, another 20% said maybe this could be the case while 13% said no.
Out of the 3,000-odd people, only 13% said they read forwarded information and further forward it. Half of them only read the information, 17% ignore it, and 21% read it and reply. More than 40% said they believe WhatsApp’s new feature that limits forwards to five chats has restricted the messages they send or receive, while 36% believed it did not.
When it comes to trust in the news, respondents said they believe videos the most at 42%. Another 40% believed text while only 15% believed images. Sixty% said WhatsApp is being used as a positive messaging channel, 14% said it is not and 25% said maybe.
Most used WhatsApp for personal and social interactions (44%), another 29% used it for business, and under 1% used it for political discussion.
About 30% of surveyed said they receive useful information sometimes, while 22% said never and 18% said always.
On a typical day, most of the respondents (46%) spend roughly up to one hour a day on WhatsApp, and a third said between one and two hours a day. Most people (53%) were a part of one to five WhatsApp groups. These groups were friends and family for a third of the surveyed and were political for only 0.4% of them and were news-related for 1.18% of them.
When asked about surveillance, the respondents for the most part (46%) believed their messages were not free from surveillance. About a fourth did believe WhatsApp messages were free from surveillance and another fourth said maybe. Almost two-thirds did not know what “encrypted messages” were.