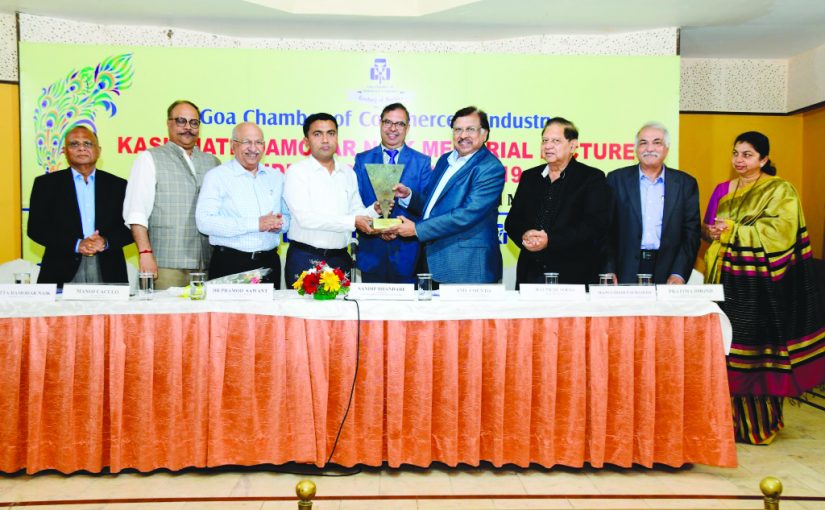 Despite deliberating for over a week we have been unable to reach a consensus on our way ahead for the May 2019 Panaji by-polls. But we are very confident that by May 6 we will arrive at a unanimous decision on the path ahead. From May 7 our entire brigade will have 10 long days to aggressively canvass and ensure that at all the 30 polling stations across Panaji constituency the people’s choice candidate is victorious.
A clear and urgent way forward with a candidate of the people, who shares the ideals and is capable of achieving them honestly for the good of the people is vital. Let us stand together for the betterment of Panaji, Goa’s capital city
— Aires Rodrigues, Ribandar

PANJIM — 25 years of NEGLECT
WHEN candidates were being declared for Panaji by-elections the BJP took time to choose between Utpal Parrikar and Sidharth Kuncalienker, both shortlisted by the party.
The merry-go-round games ended with Kuncalienker getting the ticket. Utpal suffered defeat for he had hopes of his father’s grandeur and power. Although neither Manohar Parrikar nor his sons are original residents of Panaji. Still, Parrikar senior managed to keep the city under his thumb for more than 20 years.
During these years once-beautiful Panaji has descended into complete chaos. Take the roads, they are narrow, dug up, badly fixed. Underground cabling has not been commissioned for years, there is shoddy work, crisscrossing over water pipelines and electrical/telephones…endless woes, uneven digging ad infinitum goes on, electric poles are bent, loose old cable wiring everywhere and weak insulators, even substation/power house at Dona Paula is still blocking the widening of road and illegal footpaths further narrowing it — resulting in heavy traffic congestion, further aggravated by two major projects coming up in this Dona Paula vicinity.
On the sewage front there are incomplete pipelines, badly aligned, unleveled roads. Sewage collected from 5-star hotels all over Goa and from casinos on the river Mandovi is carried by tankers in a mad rush through the city and illegally dumped at the STP plant, from where everything goes into the St Inez Creek and back to the Mandovi river with alarming pollution scenes.
There is no parking space and all efforts to demarcate parking spaces have proved to be unsuitable and failed. The Miramar beach is dirty and almost the entire stretch blocked for commercial activities and further demarcated for samadhis, restricting access. At Patto the bus stand is a nightmare and the new Mandovi bridge approach road a disaster.
There is still no systemetic segregation, collection and treatment of garbage and people are forced to burn garbage all over, poison the environment and people.
As for the ‘Smart City’ — so much taxpayers money has been spent by GSIDC but there is nothing worth seeing! Visit the Smart City offices in the old Secretariat building and check out the interiors which are in good condition already. 20 crore are proposed to be spent on new interiors! This when essential infrastructure is required and so many issues have been kept pending by the late Manohar Parrikar.
I wonder if any MLA will be able to salvage the mess that is Panaji city? I will trust Babush Monserrate to set everything right once he gets his grip on CCP and the State government.
— Stephen Dias, Dona Paula

EC — BJP PUPPET
THE EC has mischievously rejected nomination papers of dismissed Border Security Force soldier, Tej Bahadur Yadav, (who had made headlines by going public with his allegations of sub-standard food in the Border Security Force) the Samajwadi Party candidate who wanted to contest election against Narendra Modi in Varanasi but has strangely accepted the nomination papers of Sadhvi Pragya Thakur, despite of being an accused in the Malegaon bomb blast case and who is still facing trial in court but is currently out on bail on medical grounds.
I think that this whole thing clearly shows that the current Chief Election Commissioner of India is not just a mere puppet but a caged parrot of Prime Minister, Narendra Modi and who is hell-bent on being a slave of the BJP leaders at the Centre in order to enjoy his own “achhe din”.
Hey, why are BJP leaders like Narendra Modi, currently portrayed as true patriots of India, getting so scared to face honest soldiers when they themselves are hell-bent on even begging for votes in the name of dead soldiers/nationalism and promoting known controversial, dangerous and extremists elements like Sadhvi Pragya Thakur in the ongoing Lok Sabha elections in our country?
Anyway, I am happy that the Supreme Court of India has finally asked the Election Commission to decide on pending complaints against Prime Minister, Narendra Modi and BJP chief Amit Shah in connection with a number of alleged violations of Model Code of Conduct (MCC) before it hears the matter again on May 6.
Now, I just hope that the EC instead of acting biased, will take serious note of the above advice of the Supreme Court, display some spine and finally show some maturity by taking strong action against all known arrogant leaders who have made it a habit to violate the Model Code of Conduct a number of times for their own political benefit/gains as if it’s their birth right to do so in our country.
Yes, the EC should stop acting biased and conduct free/fair Lok Sabha elections before the people of this country start losing hope/start boycotting all future elections in our country. Over to the EC…
— Jerry Fernandes, Saligao

sINDOLI A FLIGHT RISK
I am pleased to be able to report that the now CONVICTED fraudster and cheat, Ajju C S Sindolli, has been handed a 1-year jail sentence by a court in Faridabad. Additionally, he has been ordered by the court to make compensation payments totalling One Crore Five Lakh Rupees.
Under the circumstances, he is a flight risk and his passport should be revoked! The passport was obtained fraudulently and although I have shared proof with the authorities nothing has been done.
It is very noteworthy that although Sindolli has committed the vast majority of his crimes in the state of Goa, it has been the legal system of another state (Haryana) which has finally brought this crook to face justice. The ongoing apathy displayed by all of the authorities in Goa has demonstrated one of two things: Either everyone in the system is totally incompetent and incapable of carrying out their duties…. or they are totally corrupt.
— David N Cleaver, UK