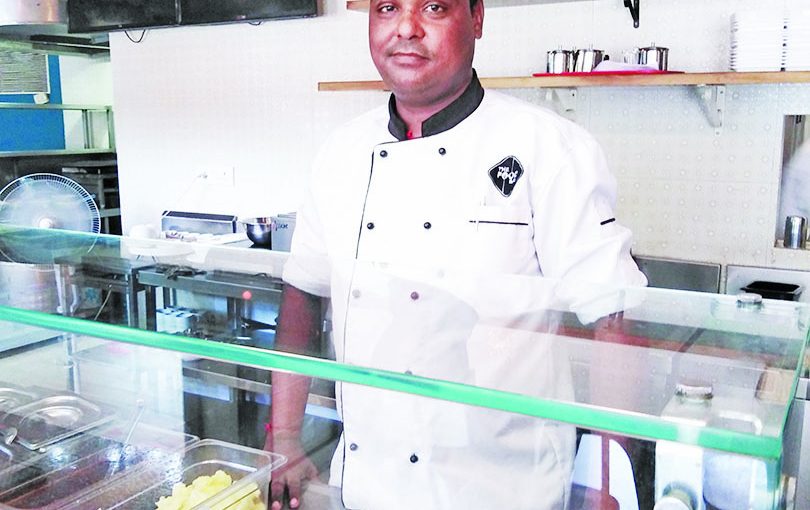 CONFESSIONS of an insane foodie hoping to lose weight this summer! I don’t think I’ll ever lose weight, I’ll just have to buy new clothes to look decent… I’m thinking of all the storm in a teacup which exploded over Facebook when a plum senior woman out shopping at the mall made snide remarks about these pretty young things in micro mini-skirts or dresses (told them they deserved to be raped). Next thing you know everybody is engaged in a war of words fight to high heaven with the PYTS holding on to the argument that women may be naked — but all men should be immune and not even lay a finger on them…only look, don’t touch!
Tch, tch, surely that’s foolish wishful thinking and I wish it were true but ground reality is different. Male species is no saint species and neither terribly civilized vis-à-vis women — in India male chauvinism rules even in educated urban homes and patriarchal sentiments dominate regarding how women should behave and be perceived in public. It helps not to dress in extremes of nudity at least in public…even if there is a certain amount of déjà vu and acceptance when it comes to women’s mod con attire (with women turning into global clones more or less).
However, outside the charmed circle of one’s own social milieu why invite the ugly male gaze? In this case it was an older woman, a mother, who expressed her disgust at the young women’s scanty attire in public… I agree with her, don’t ask for trouble you don’t need by inviting attention courtesy what you’re wearing. It’s like making some kind of an insolent statement about women’s lib and women’s lib is not about flaunting body beautiful in public at all, okay.
At home wear whatever you wish or parents permit you but India is not the US of A or Europe. It helps to be prudently wise instead of regretful if something untoward happens courtesy what you wear in public. Our menfolk in many parts of the country still think their daughters should be raped/killed/burned to death of they marry out of their family caste! That’s the kind of male mindset we live with in this country to this day and if you’re asking me the country needs a male oriented liberation movement so that men may look at a woman without coming to conclusions of a violence-inciting kind just because they think women are domestic chattel and should shine only in kitchen and bedroom and nowhere else….okay, this is a foodie column! Food for thought too sometimes.

TO MOVE on to another subject closer to heart or stomach these summery days I’m skipping breakfast just so that I can go indulge in a chaat item number somewhere in Panaji town – my usual haunt is Chat Street or the fairly come lately Food Bay (just around the Caculo Mall corner) where I’m intrigued by Chef Pradip Gupta’s interesting paani-puri presentation — a plate of half-a-dozen moongsprout-boondi filled crisp puri (of rava for softer crunch), with five little bowls of variously flavoured paani (regular cuminseed, green mint-coriander; a sweet-sour tamarind water, a thickish ginger powder-jaggery (sonth) sauce, and I love the asafetida or hing water…relish your paani-puri mixing or singularly as you wish!
Pradip tells me in Mumbai they’re doing this kind of paani-puri presentation “and if you want I can make hundred kisam ka paani!” Go check it out! Also, my friend Mamta Lobo here fixes a superlatively good “set dosa” with a most tantalizing Mysore-styled sambar….the set dosa are not thick lumpen but thinner affairs and come two to a plate with chutney and sambar, make for a filling snack or meal. What’s a set dosa? Actually, a slightly thicker, softer dosa more steam cooked than drowned in oil. Down south India they usually come three to a plate but two is good enough, they’re more austere affairs than hefty oothapam which come smothered in onion/tomato/veggies/cheese/etc. These days when I’ve got nothing interesting at home I go off to Food Bay for Mamta Lobo’s set dosa!
THEN I’ve discovered it’s worth going five-starry occasionally for a cool break — one of my favourite places is the Panaji Taj Vivanta’s Caremal where these days a summery Khau Galli is being promoted — they do generous chaat item numbers and I can moon moon here with a friend at Caramel in comfort, lingering over gossip and a green coriander topped “paapri aloo chaat”…. it’s too good. Value for money even if most of the chaat numbers are priced at `150, plus taxes. After that the best coffee gelato is priceless!
Which reminds me they’re displaying for sale some sumptuous cakes here at Caremal — I took a pictures with my smart phone camera but have lost them. Sometimes these phones run internal interference management and it’s most tiresome…anyway, for some reason or another I’ve been losing pictures and I’m missing my Canon cameras, a pair of them, both lost or stolen one by one last year. I really miss all my lost and stolen cameras like long lost friends. Now I can’t make up my mind to buy another camera or not!
But all this is to say go enjoy the chaat treats at Caremel’s Khau Galli one of these sultry evenings, you’ll be surprised how much it offers to de-stress the soul by way of some time-pass. They’ve got paani-puri too and the usual chaat combos, for some reason nobody considers that dahivada also belongs to the chaat family of light north Indian snacking!

Note: Don’t ask me what it is all about but they’re doing something called psychedelic Italian ice-creams at Caramel on a cold or a hot plate…. its a real tamasha to watch! Ask restaurant manager Marcelino Sequeira to explain the process if you are interested. I was in a hurry to leave.