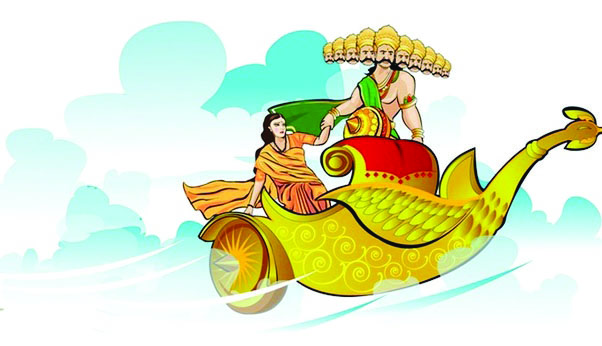 PSEUDO-SCIENCE: The BJP has converted myth into science by its claims that India knew how to build rockets and missiles 2000 years ago

Well-known author Nayantra Sehgal, cousin of Indira Gandhi, writes about how mythology is being misused by the saffron brigade to mislead citizens and launch attacks on liberal and intellectuals…

Now that the dust has settled on India’s most hard-fought national election, and it has been hailed as a spectacular democratic victory, it is possible to take a quiet look at the election result. It was no surprise to me for I had not only expected it but realised it could have gone no other way. I had the help of literature in seeing it as a story with only one possible ending. My favourite novel by Gabriel Garcia Marquez is titled ‘The Chronicle of a Death Foretold’. With the ending already known, the novel goes backward to unravel the path that makes it inevitable. The 2019 election has been the same kind of fascinating exercise whose outcome could not have been otherwise, given the precise path that was taken to achieve it.
The other help I had in foreseeing the result came from a philosophy professor. As Marquez’s novel spells out the sequence of events that lead inevitably to the “death foretold” in his story, a philosophy professor at Yale University, Jason Stanley, has made a study of the swing to right-wing extremism and the resulting breakdown of democracy in countries across the world. He has found that there is a standard formula by which democracy is broken down and a climate of intolerance built up in its place in which hatred, violence and criminal behaviour become acceptable to people. On this prepared ground, an ideology such as fascism, or any other similar doctrine, takes over unopposed. The professor has found this formula common to all breakdowns of democracy wherever they have occurred or are now occurring, and he spells it out in two books: How Propaganda Works and How Fascism Works.
To begin with, the majority community is made to feel threatened and victimised by minority groups. Once this seed is planted, it breeds resentment, anger, and a mood of vengeance mounting to hysteria against those named as offenders. They are classed as outsiders (to the religion and culture of the majority) and usurpers who are preying upon the rights and privileges of the dominant community. The definition of outsider covers socialists, communists and atheists, and all differences of opinion from the ruling view. These citizens, branded anti-national, are therefore to be feared as enemies of the state. Fear is spread by cutting out all rational argument and appealing to the emotions for an emotional arousal. The next step is then taken.
Step two warns that the nation is in danger from the designs of its internal and external enemies. Conspiracy theories are manufactured to prove the point. Citizens labelled anti-national are accused of conspiring against the state. The focus is on defending the nation from its enemies. In this atmosphere, the need of the hour is a “strong” militant leader who alone can protect the country and the people. The nation’s leader is glorified. The military takes centrestage and pride of place alongside him and shares his glory.
In this wholesale absence of facts, the disappearance of truth is complete. Democracy fights for survival and loses. Long held values — freedom of expression, equality, fraternity, human rights — are discarded as being of no use. In fact, they are seen as a hindrance in dealing with the dangers the nation faces. Authority and hierarchy take their place. The hierarchy can be ethnic, or religious, or gender-based. One ethnic group gets placed over others, one religion over others, men over women. And the yawning vacuum, where truth used to be, is filled by myth. Fantasy now substitutes as reality. In Stanley’s words, the myth that replaces reality is one “of a glorious bygone era, where the nation was supposedly ethnically or religiously pure, and rural patriarchal values reigned supreme”. To this description, I am adding “racially pure” since racial purity has loomed large in right-wing extremism. In a chilling conclusion Stanley adds, “History shows that such propaganda licenses extreme brutality”.
The standard formula he describes has an uncanny resemblance to the path India has followed since 2014, including the “extreme brutality” the path licenses. Writers, artists, students, teachers and journalists have been punished for their independent views. Four famous writers have been assassinated. On television, we have seen the torture and murder of workers by “gau rakshaks” and other armed vigilante mobs, with the police and public standing by. We have heard these crimes being justified on the grounds that they were committed by patriots against the nation’s enemies. In some cases, alleged acts of terror have been rewarded, as recently with a seat in Parliament. Such behaviour towards fellow citizens, and brutality against them, doesn’t just happen. It is taught. It is the end result of the indoctrination that has taken place.
The formula has been faithfully followed in other respects. In a democracy the military stays out of politics and out of the public eye, and war is not celebrated. The nation’s leader is not held in awe. He is held accountable. He is required to face the press and answer questions. The leader of a democracy who does not uphold and nurture this democratic tradition, shows himself to be above it, as has been evident here.
From what we have seen here, it is clear that the formula works and that story-telling takes precedence over reality. Unemployment, rural and urban distress, well-documented corruption and whatever ails the nation fade into the background. They are no match for the story-teller’s fine art of invention; no match for the mood of involvement, expectation and enthrallment a story builds up in its readers/listeners as it unfolds; and no match for the ageless allure of “once upon a time”. Those who master the art of story-telling create the mood of their choice — as music and all forms of art also do in their different artistic mediums.
Could this be why art and literature are deemed dangerous and why they must be controlled to ensure that they create the mood a regime desires and no other?

Step two warns that the nation is in danger from the designs of its internal and external enemies. Conspiracy theories are manufactured to prove the point. Citizens labelled anti-national are accused of conspiring against the state. The focus is on defending the nation from its enemies. In this atmosphere, the need of the hour is a “strong” militant leader who alone can protect the country and the people. The nation’s leader is glorified. The military takes centrestage and pride of place alongside him and shares his glory.
In this wholesale absence of facts, the disappearance of truth is complete.