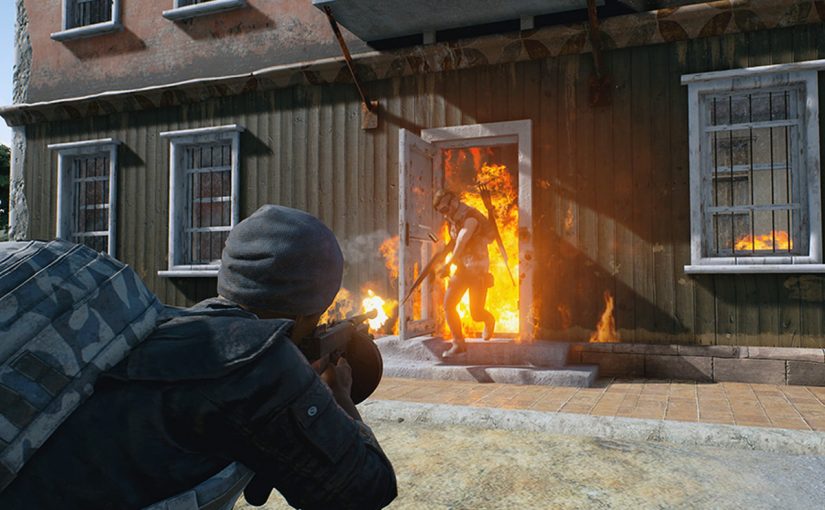 SHOOT OUT: Multiplayer games that encourage socialising often revolve around violence. Our youth are learning hate through games like PubG which involves shooting everyone around on a remote island

Electronic devices like smart phones and smarter apps have taken over our lives. While they have allowed us more choice and privacy than ever before, on the flip side they have made it easier to hide and spread danger. Even some games, like Pokémon, are literally injurious to life because enthusiasts get so caught up in the game, they forget to take common sense precautions in real life

Forty years ago this week, Sony released the Walkman, kicking off the mature phase of the culture of mass market individualism which spread across the world through the 20th century.
What the cheap automobile had done for the idea of freedom in America by taking people wherever they wanted to go, the Walkman did for the world. It was sold as a completely portable device, but what it actually did was to make it possible for a family to listen together while inhabiting different worlds — Mukesh for father, Bhimsen Joshi for grandma, and Emerson, Lake and Palmer for the kids. Until 1979, when the Walkman TPS-L2 was first sold, audio choice was graphically represented by your family clustering around the smuggled National Panasonic shortwave transistor set to listen to Radio Ceylon, while the Murphy of the paanwalla in the street played Main tulsi tere aangan ki off medium wave.
If you were born fortunate, you could cluster around an Akai open-spool machine instead, or a top-loading mono cassette deck, but you still had to listen to whatever your family or friends were playing. That was the limit of choice until completely private listening arrived with the Walkman. In fact, harking back to the era before private music, one wonders if the term “privacy” was heard very much outside the courts of law, where invasion of privacy signified trespass. The idea of privacy as a public good, a commodity which governments are tasked to protect, is probably a post-1980s phenomenon.
The personal music player signalled the wave to come, when other forms of aesthetic and intellectual consumption were personalised. The internet, which became a disruptive mass medium for content delivery in the ‘90s, was tailor-made for personalisation. It started with personalised news feeds delivered to personal computers (the adjective predated the internet, of course) and devices were not far off. The personal digital assistant was a craze at the end of the ‘90s, the American PalmPilot and Jornada became business accessories as important as cufflinks and the British Psion Revo Plus was a triumph of design, both aesthetically and in terms of software.
Now, of course, we carry in our pockets phones with more computing power, memory and storage than desktops did in the era of the Psion and the Jornada. And they support music players and ebook readers, in case you don’t want to tote about your iPod and Kindle. Each holds the equivalent of the personal libraries that used to crowd living rooms and studies. Now, you may tastefully scatter vinyl, plastic and paper books out there only if you are getting on and have legacy technology issues, or if you are young, have no etchings worth showing but wish to overawe visitors with your taste and bandwidth.
Extremely personal devices have changed the way industries operate. Books and vinyl owed their sales in considerable measure to jacket design — the success of Ian Fleming and Ed McBain was helped along by Robert McGinnis’s dramatically lit pulp covers (incidentally, at the age of 93, he has outlasted most of the writers he worked with), and he similarly propelled movies like Barbarella (1968) and Breakfast at Tiffany’s (1961). And where would Pink Floyd be without the record sleeve photo-designs of Hipgnosis, the London studio which illuminated the greatest rock groups of the era — 10cc, Black Sabbath and Led Zeppelin, for instance?
But Hipgnosis’s iconic burning man on the cover of Wish You Were Here (1975) does not show up very well on the screen of a mobile phone. And the stark flamboyance of pulp fiction is totally lost in the black-and-white screen of the Kindle Paperwhite. No one has really cracked the cover design thing for the electronic age, and the Kindle may be killing the art of jacket design.
On the other hand, personal devices have opened up new markets. A lot of contemporary music, especially in the vein of protest, contains explicit lyrics best heard through headphones. And the Kindle was part of the success story of EL James. At the time when Fifty Shades of Grey (2015) launched, several industry observers noted a spike in e-book sales, apparently driven by women who would not have been comfortable reading the paper book in public spaces, like the Metro.
THE FLIPSIDE

Politically, the world is now dealing with the implications of extreme personalisation, as problematic communications travel through smartphones. What used to be fringe is now mainstream, because it travels privately and by the time it comes to the notice of saner minds and is challenged, it has already gained critical mass and compelling force. In so many ways, personalisation has changed the world and how we negotiate it.
And to imagine that the mature era of individualism was set rolling by a cassette player that became a hit because it was cheap and could go boldly wherever the listener went.