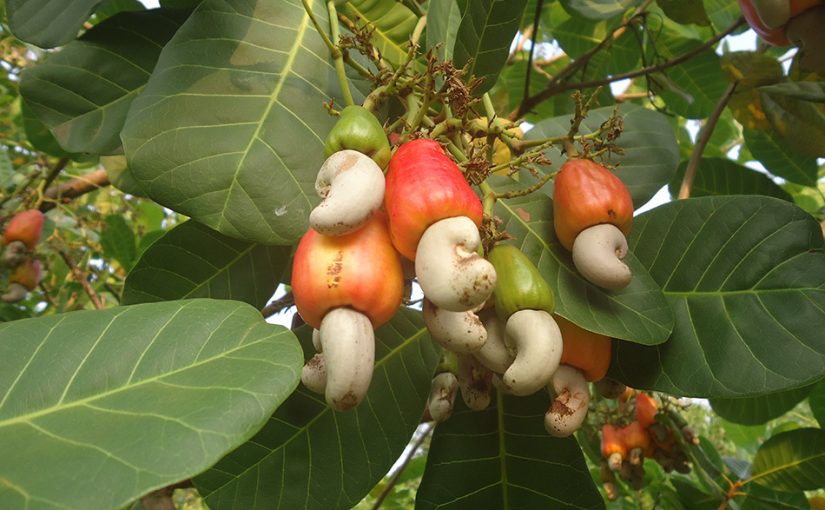 TOKEN: Goa has got only a token relief with increase in the import duty on cashew nuts imported mainly from Africa

There is no relief to those who have lost their income due to suspension of mining and slow down of the tourism industry. There is no relief for the middle class and agony for those with incomes over `2 crore. The only ones who benefit are cashew growers as there is higher custom duties on cashew nuts which were being imported from Africa

Businessman and aam aadmi in Goa wait anxiously for the budget in the hope that it will bring them some concessions. That it will reduce the burden on the Goa government. Goa was expecting some concessions to the mining industry which has remained suspended for over a decade affecting three lakh families.
Goa was expecting that there would be some encouragement for the tourism industry which is the backbone of Goa. There is a faint hope that Goa may be included in the list of iconic spots for promotion. But there is no other relief for the tourism industry, particularly the five star hotels which have to pay 28% GST. Even ordinary idli-wada restaurants have to pay 18% GST. Which means that you cannot afford to eat out as taxes eat 20 to 30% of what you order.
Goa is facing a major waste management problem. The whole of Goa stinks because there are few waste management plants and the existing ones have broken down or are house full. Goa was expecting some relief on the transport front like a metro so that commuting would become cheaper both for tourists and residents of Goa.
Instead, Finance Minister Nirmala Sitharaman in her fancy red khata bag dealt another blow to Goans and tourists by increasing excise duty on the already high rates of petrol and diesel by 2%. The finance minister’s argument is that international crude prices are coming down. The reverse is true because of the tensions between Iran and Saudi Arabia which is facing attacks on its oil tankers. Sitharaman, who was given the Defence portfolio when the late Manohar Parrikar decided to return to Goa as Chief Minister, perhaps does not know that her former colleague had removed the excise on petrol and diesel altogether when he became chief minister in 2012.

The greatest expectation of the middle class is that the limit of income tax exemption will be raised. At present the limit below which you do not have to pay any tax is 5 lakh. However even if your income is less than5 lakh a year you have to file your income tax return. The only concession is that you can use your Aadhaar card to pay your income tax if you do not have a PAN card. There is been no increase in the exemption limit for payment of income tax.
On the contrary if one talks about the middle class, additional burden has been imposed. This is because, besides the cost of petrol, many other items of common consumption by the middle class, such as washing machines and even colour television sets will go up in price. So will the cost of automobiles and two-wheelers which are already facing lowered demand due to recession. Due to the steep fall in demand for cars many auto companies like Maruti and even Hero Honda have cut down on production. This could result both in dealerships closing down and direct retrenchment by the auto companies. Mercifully the price of refrigerators will not go up.

The only relief that Goa has got is that the import duty on cashew nuts has been increased. This will help the local cashew industry.
It is not widely known that Goan traders import a huge quantity of cashew nuts from African countries because the demand for Goan cashew nut is very high. Goan cashew nuts are considered superior to cashew nuts from any part of the world. However, most of the time what is sold to you as Goan cashew nuts is African cashew nuts.
The Modi era was supposed to bring intensified reform. The Modi era was supposed to bring about huge industry development. From automobiles to computer chips to mobile phones and even fighter jet planes were supposed to be ‘made in India’. Like the deal signed between the manufactures of the Rafale jets and the Anil Ambani faction of the Reliance group which owes banks over 80,000 crore. The Tatas and Larson & Toubro already supply defense equipment to the armed forces. Indeed, Nirmala Sitharaman expects an investment of100 lakh crore or 500 lakh crore over the next five years. The natural question is to ask is where the money is supposed to come from. The public sector banks are in a mess and Sitharaman has offered them70,000 crore to get back in shape. Because of the many NPA scandals by defaulters like Vijay Mallya, Nirav Modi and their kind, and the closure of Jet Airways, banks are in big trouble. They are very reluctant to lend money to the medium and small scale sector which generates the maximum number of jobs.
Historically the government of India used to bridge the gap between projected expenditure and income by borrowing from the public or from financial institutions. Never in the history of post-independent India have we borrowed large sums of money from private investors abroad. However, according to Sitharaman, India is now going to float international sovereign bonds to raise a hundred lakh crore rupees every year. Which in effect means that it will be Jack Ma, the biggest manufacture of mobiles and other electronic equipment in the world, who will be lending India money. This means that India will be financing its mega factories with money from Warren Buffet, the person who heads the largest investment company in the world.
So India will be on the way to become a Nirav Modi or a Vijay Mallya or Naresh Goyal, the owner of Jet Airways. If the Indian government defaults on its borrowings of a hundred lakh crore a year, the foreign investor will take over the assets created. Unlike Indian banks and the Reserve Bank they will not write it off or arrive at a settlement.

The logic behind borrowing from abroad is that the interest rates available to investors are very low there. For instance interest rate in the US and the UK are between 2 and 4%. In Japan at one time the interest rate was brought to half percent. So Sitharaman believes that if India floats sovereign bonds offering an interest of 4 or 5% it will find great response. We must clarify sovereign bonds are different from bonds floated by companies. What is at stake in the case of sovereign bonds is the honour and wealth of the country.
Everyone talks about the reforms initiated by then PM Narsimha Rao and Finance Minister Manmohan Singh. Nobody talks about the World Bank demanding that India should repay its loans with the gold that is kept by the Reserve Bank as a reserve. A long time ago in theory in the United States or even in India you could exchange a currency notes for its equivalent value in gold. Nirmala Sitharaman is pawning the countries mangalsutra to raise funds for development. Given our inefficiency if the project fails to take off than the mangalsutra will belong to Chinese crorepati Jack Ma or American billionaire Warren Buffet.

BACK TO THE PAST?

It looks as though we are back to the days of Indira Gandhi’s garibi hatao. The Narendra Modi government which have started with the promise of ‘Make in India’ to create jobs has now become another version of garibi hatao.
Maybe the Modi government feels that the middle class and super-rich did not vote for it. Which is why no relief has been given to the middle class and the super-rich will have to pay almost 48% of their earnings to the government as taxes. Modi is pretending to be Robin Hood where he is stealing from the rich to keep poor who are his main vote bank happy.
There is no dearth of schemes or sops for the poor. Every farmer is expected to get 7,000 a month. Every retired trader (the number runs into several crores) will get a pension of3,000. Every ST and SC student can expect to get a scholarship along with daily free meals. Though there is already a mid-day meal program, there is a proposal to offer breakfast. One member of every self-help group can get a loan of 1 lakh at very low interest. Every member of a self-help group who has a Jan Dhan account can get an overdraft of5,000.

All the chaiwalas, bhajiyawalas, farmers and traders are no doubt cheering for Modi and Sitharaman. But the finance minister has not explained where the money is going to come from. Unlike the traditional budget, Sitharaman only talks about schemes but not how they are going to be financed.
The budget for 2019-20 is an exercise in cheating. It makes promises which the government has no money to fulfil. The government is giving banks which have looted the country even more money. Indeed, as much as 70,000 promotions. The government has not told us what is the deficit — the difference between income and expenditure. The government has not told us how many people are unemployed in the country. Admittedly the government started a very ambitious skill development programme. The target was that by 2020 over 15,000 million young men will learn new skills. The actual achievement is less than 50,000. Susegad Goa has not started the skill development programme at all.
The National Skill Development report for Goa must have been cooked up by some babu in Delhi. It insists that Cidade de Goa, which has been taken over by the Tatas, is in South Goa instead of North Goa. It is still talking about beauty parlours and hair dressing in the era of 3D printing and big data. There are not even schemes for updating the skills of the current petrol and diesel mechanics to electrical engineer mechanics in the view of the fact that in 2021 petrol and diesel for two wheelers will be banned.
Nirmala Sitharaman has spun a story. A story which has no facts. She has built a 100-storey building worth `100 lakh crore. But the building has no foundation. Actually, it has a foundation but the foundation is in China and the US. How will a building be built in India, the foundation of which is in China?