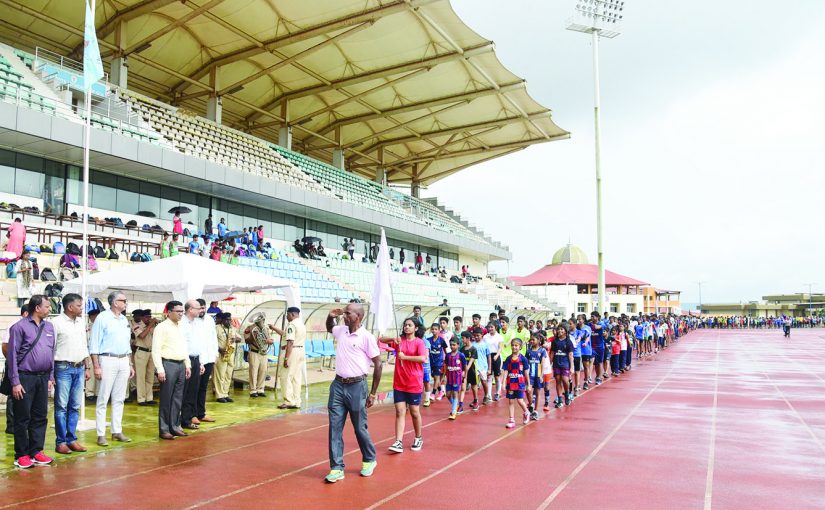 GOA ON THE BRINK

I recall childhood memories of incessant rains in Goa during our school days when it poured non-stop for even 8 to 10 days. But there was never ever such flooding all over like we witnessed recently. The nature’s fury that the State faced has been predicted for years by environmental scientists Dr Nandkumar Kamat and Dr. Joe D’Souza.
The colossal environmental degradation that Goa has been witnessing over the years by way of rampant destruction of hills, fragmentation of pristine vegetated verdant landscapes and ruthless chopping of trees by not even sparing then from pouring concrete in the low lying fields has finally shown the impact of criminal interference in Goa’s age-old natural ecosystems. The traditional drainage systems, waterways and outlets for natural flow of rainwater are choked all over, with no functional drainage system in place. The capacitance Goan communities built over centuries with their time tested strategies designed and it’s resilience to secure us from flooding that we ourselves had witnessed in our childhood has now all gone for a toss.
Lack of proper planning while cluttering of environmentally incompatible new constructions all over without the much needed infrastructure has landed Goa in a state of chaos. With political blessings the real estate mafia has swiftly enriched itself multifold while leaving the common man to face the brunt of their misdeeds. The farmers of Goa had never suffered so much at any point in the past. Nature is kicking back as they say.
If those in power do not take urgent corrective, well planned and sustainable measures to save the natural ecosystems, the God-gifted landscape, the ecosensitive beaches, sand dunes, khazans, wetlands, salt pans, the last remaining hills and farms, the orchards, rivers, estuaries, lakes, ponds, springs, fountains of Goa for protecting our ecology, we will have to face a bigger catastrophic disaster soon.
Goa has been a beautiful accident of history endowed with abundant resources. But foolishness of those in power has brought this state to a stage in history when one day Mother Nature may crack the whip and Goa already threatened by sea level rise would simply be wiped out from face of this planet. Before that happens let better sense prevail.
— Aires Rodrigues, Ribandar
AIRES, GIVE BABUSH A CHANCE!
A RECENT letter sent by Aires is in bad taste. Perhaps he has not actually studied Babush’s plans. I am one of his voters and consequently have been deliberating with him over several aspects affecting the village of Taleigao a number of times. This extends to the main city of Panjim as well.
Following his victory over Sidharth Kuncalienker in the Panjim bypolls in which he succeeded the latter as MLA of the capital city, everyone was aware of his election vision document stating that casinos would be shipped out of the River Mandovi within 100 days.
Due to the many hurdles and obstacles within the Congress party, he waited after resuming charge as MLA. This however, doesn’t mean that he is against the Congress party. It just means that due to the many issues that crept up with senior members of the party who weren’t cooperating, a move to the BJP beckoned which would benefit the public at large. Pramod Sawant even promised that his election manifesto with respect to the casinos would be upheld but pressurised Babush to get more numbers to quit the Congress and switch over to the BJP.
The timing of Aires’ letter in my opinion was wrong. He probably could have waited to see if Babush fails his promise before sending the letter. I do however feel that Babush is intelligent enough to see his promise through. He did have two major cases lodged against him, one of rape and the other of stoning a police station, which he’s confident he can get away with. Aires has clearly underestimated him.
I have also raised the issue of the illegal construction of an eight-storey building near my house. I believe this will soon be investigated, and the construction paused. Reportedly this building will be used to house casino workers.
There are also rumours of prostitution around my locality which I’m deeply uncomfortable with. I have been promised that all issues within city limits would be taken care of.
Let us give Babush some time and help him get Sawant over to his side. Perhaps then Aires will be surprised by his intelligence.
— Stephen Dias, D. Paula

INJUSTICE EVERYWHERE
Injustice is happening around the world. India is not immune to this as we are bogged down with innumerable such incidents where voices are forcibly shut down.
Hong Kong, ruled by China since 1997, under a one country-two systems governance that ensures democracy for the former, has seen massive protests against a new law that threatens to take away their freedom. While we hear nothing in mainland China due to Communist control, protests in Hong Kong are seen live. Hong Kong has had a much better quality of life due to their democratic status. By contrast, mainland China has virtually been living at the wrong end of the stick. Today, the latter are much better off, economically, and have a degree of freedom, however they are not as free as their Hong Kong counterparts. They would definitely want that kind of life. This being impossible, would they want to drag the former to their kind of life or support them?
Strangely, in India, a similar condition regarding J&K exists, where news is clamped down in a so-called democratic country! Hong Kong protests started in March 2019. The BJP has been a strong follower of far-right organisations and one wonders if the J&K issue was one such copy. Everyone who is not a direct stakeholder speaks ‘for’ the same, but what about those directly affected?
In both cases, there is a sadistic pleasure in ‘bringing down’ others to their kind of plight rather than magnanimity. In todays scenario of IIOT, we still cry ‘One Nation, one Govt’!
Elsewhere in Columbia, the absolute lack of freedom and right to life prevails due to the drug mafia control of the Govt. What is going on there is scary!
In the Philippines, drugs and a corrupt tourism industry, has taken their toll. The ruler is battling the drug lords: but using draconian methods which go against the innocent.
In Goa, it appears there is a sadistic pleasure being derived by the powers that be in the degradation of Goan society due to drugs which explains the kid-gloves handling of the same! All the leaders who are quiet on this front fool themselves into thinking that the people do not see through them!
The Goa Govt ‘informs’ us that migration into Goa on such large scale will only affect those locals who ‘do not want to work’! They are blissfully unaware that, any infrastructure, new or old, which currently exists can become highly insufficient in just a month! How they even plan for five years is a mystery!
In Delhi, in 2019, there are 19 missing children every day, i.e. 7,000 a year!! In Goa also there is a sharp increase in kidnappings, which is what missing children translates to. In fact the all-India figures are 174 per day, or more than 63,000 a year. Delhi Police come under the Central Govt. If Delhi, the country Capital, fares so miserably on the missing kids front, what hope for Goa? All we get are excuses, amplified by a gutless media, with no action. Special Status, they say, is not a solution? Fair enough, provided you have a solution.
Todays world belongs to the unscrupulous. The rider here is they ‘want’ to believe they are not so, while, at the same time, revelling in this very trait!
— R Fernandes, Margao