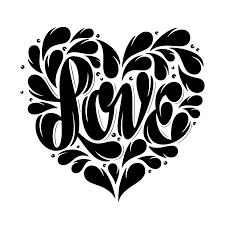 Everyone cares in their own way. Your love language may be words of affection and you may never see the love in your partner’s heart as they try to win you over with their acts of service. The path to contentment is to suspend expectation…

One of my last readings of 2018 was the essay Ten Translations of Care by Mary Wang. In this absorbing essay, Wang interprets the word “care” by telling us how it was provided, by the various members of her family, to her grandmother after the latter’s cancer diagnosis. It got me thinking about the ways in which I have witnessed the act of caring in my lifetime, all the ways in which I have given care and received it.

Too much caring: The first verse of my poem, The Gift That Keeps Giving, reads, “My therapist thinks I am maladaptive/when I tell him I sneak up on Aai and check for her breathing/night after night.” When I started writing this poem, the title was The Gift of Sensitivity. It was supposed to reflect the frustration of what comes with too much sensitivity: anxiety.
The poem chronicles some key events of my life, the everyday horror stories, and looks at my inner life with some mock, and some real, empathy, with everything culminating in the theme of being oversensitive to life events, and of caring too much. Consider this line, “I once cut my five fingers for revenge and blamed them on a friend. He cried a lot so I went to him and fed him snacks, with my bandaged fingers.” It is indicative of how I have functioned throughout life — too much hurt, too much care, or however I understood it when I was little.
When I care for a person, I worry about them incessantly, even when I don’t want to. I lose sleep over the fact that as I go to bed, I might wake up with one parent fewer, that something might happen to them mid-sleep and by morning they might be dead. This is why I check on their breathing. It’s how I ensure that everyone around me is doing well, or, at least, well enough. My ears are always alert, listening to odd breathing patterns, too much coughing, too much silence. Living this way is debilitating, and there are periods when I am absolutely paralysed by this anxiety, but it is also what makes me a good caregiver. I will take you to the hospital even if my depression is making it hard for me to leave my bed. I will do whatever you ask of me, as long as I can keep you alive and healthy.

Care as a means of protecting loved ones from hurt: Last year my mother had a gall bladder removal surgery which, other than becoming fodder for my poetry, also kept me in a state of constant panic. There were too many variables involved in this relatively simple surgical procedure. And there is always room for things to go wrong. Nothing did. I went to check up on aai, when she was in recovery, still coming out from under the influence of anaesthesia and beginning to feel some pain. She kept recalling her late mother, and it was more than I could take, so I left the room, sat outside, and cried.
This is the second part of my care template. I keep my worries to myself. I always have. I lead a dual life so that the people I love don’t know what I am really going through, because I believe that it might be too much for them, it might worry them, impact their health, and the worry would make its way back to me. I have, for the longest time, kept the horrors of my childhood from my parents in a bid to protect them from the hurt. My therapist had once said to me that I have always played parent to my parents. This, to me, is the ultimate way of caring. If I care about someone, I can’t hurt them.

Denial as Caring: I was diagnosed with a chronic illness in 2016. When we found this out, measures were taken to ensure my health. I worked hard to that end, and continue to. There are a lot of precautions I now have to take to maintain my health, such as avoiding certain foods. But if this were mentioned before my father, he would be outraged. If I decline to eat any food before baba, saying that it would affect me badly due to my chronic illness, he would look at me with eyes that say I am betraying him by surrendering to my diagnosis.
According to him, now that my health indicators are normal, I am not ill anymore. I have no disease and I should behave accordingly. The idea that his daughter is unwell scares him; he’d much rather deny it. And this denial is his way of showing how much he cares. It’s not that if I am unwell, he won’t take me to the doctor. He will, but in his head, he will make up an alternate reason for the fall of my health. It could be the weather, it could be my hormone cycle. Anything but my chronic illness. That does not exist. It was a mistake, a misdiagnosis, or a temporary one. And if you don’t agree with him, you are betraying him. Baba denies because he cares. Baba denies only when he cares.
Care as selfless (care) giving: When my aunt was diagnosed with late-stage stomach cancer, we were informed that she might not have more than a few months to live. She managed to live for three years.
Cancer kept sucking on her bones, she thinned away in those three years and one day she vanished. But those three years, when medicine wasn’t on our side, there were always others. My aunt had grown angry and hostile due to her illness. She would curse, sometimes throw things. But my uncle, in the face of all this, was calm, picking up everything she threw.
He had become the conversation point of every family gathering, how much and how well he cared for her. From maintaining her medicine routine, to feeding her, from ensuring that she met people when she wanted, and got her privacy when she wasn’t very social, he did everything. He provided for everything, such as a waterbed so that she wouldn’t get bedsores. And he would clean the few bedsores she got despite his precautions. He did it all. And never complained. He didn’t just care for her; their son too was his responsibility. Their household though was quiet. This burden of responsibility was born without a single sound from anyone. Care, for my uncle, was doing everything he could for the woman he loved, who was on borrowed time. And I think it is because of his care that she managed to survive for three years, instead of three months.

Faith as care: Faith runs deep in our culture. In a country often divided on religious lines, I have seen people visit temples, mosques and churches to pray for the life of a loved one. My grandmother, who lost her first born to what she believed was black magic, went to all the religious sites, seeking help from pundits and priests and doing all that they told her to. I have seen my mother observe fasts for her children’s health. When all other treatments failed my cancer-stricken aunt, my father went looking for faith healers. Faith in the impossible does not come easily, and its implementation is always difficult on the believer. This is why, whether or not I believe in these practices, I believe that faith is a form of care. Faith requires discipline and practice, something you wouldn’t do for just anyone. You wouldn’t go hungry for the world. You wouldn’t walk miles, barefoot, for just anyone. It is that little extra care you give to a loved one that comes in the shape of what is intangible. This, I believe, is what keeps the physical world going.

Care as a WhatsApp message: The past few weeks have been exceptionally hard on me. I had to change my depression medicines and not only has the adjustment period been long, it has been excruciating. In this time, I have had friends checking up on me every day. When this kindness became overwhelming, I told them to not ask me about my health, and they stopped asking, but continued to message me, every single day. These conversations have kept me going; have helped me forget my struggles, even if for a little bit. The internet is often a cruel place, but it has been a haven for me during the dark days of depression and anxiety relapses. It is because of these friends sitting in different corners of the country and the world that I have been saved from myself.
No matter how, no matter where, we have all found people who care for us, no matter how they interpret this word. In an increasingly lonely world, what anyone needs and wants, after all, is care