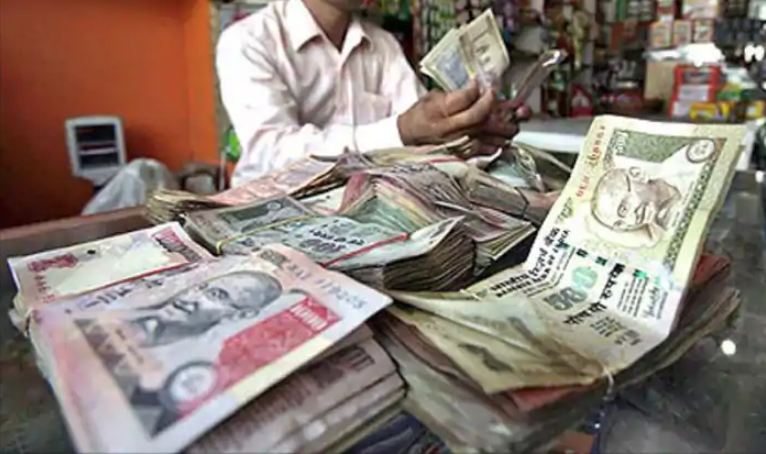 FAILURE: That demonetisation did not succeed in destroying black money is shown by the fact that 99.3% of the money is withdrawn by demonetisation came back to the banks. The only people who were affected were petty traders and small scale units who could not find suppliers or buyers with change for `2,000

While billionaires like Nirav Modi, Mehul Chokshi and Vijay Mallya, to name just few, have managed to escape after looting public sector banks of crores of rupees, there is no one to protect the interest of the hundreds of thousands of employees who lost their jobs…

It’s hard to tell whether demonetization or the General Service Tax (GST) is more to blame for the downturn in the economy, but both no doubt played a significant role.
While the slow down is not limited to the automobile industry, it is one of the hardest hit. Never before in the history of the country has there been such a decline in demand for four-wheelers and two-wheelers. The market leaders in the four-wheeler industry — Maruti Suzuki and Mahindras — have shown a decline month on month of 10% to 20%. This is also true of two wheelers — which however are doing well in the export market.
There has already been some retrenchment in the two- and four-wheeler industry. But the total impact, if you take into consideration suppliers and ancillary industries, will lead to losses of jobs leaning to not lakhs, but crores.
The slow down in the automobile industry is partly because of the pressure put by the Centre on up-gradation of all vehicles to comply with Bharat Stage-VI (BS-VI) norms. BS-VI norms are vehicular emission norms that govern the pollution level of the vehicle. Finance Minister Nirmala Sitharaman seems to have at least diluted the stand now and might give auto makers a little more time to switch to better emission standards. But there is still the threat that the Central government might insist that by 2021 all two-wheelers at least should shift to electrical engines. The decisions taken by Finance Minister Sitharaman have affected not only the automobile industry but also millions of small units supplying components to automobile traders.

ACT IN HASTE, REPENT IN LEISURE

This is in line with the general attitude of the government to first act and then think about how to contain the effects of their misguided action. There are a number of instances starting with demonetisation. As former Reserve Bank governor Raghuram Rajan pointed out, it was absurd for Modi to presume that within one year he could convert a cash economy into a digital economy. Even worse withdrawal of 500 and1,000 notes and substitution by the 2,000 note made life even more difficult for traders in small towns. Can you imagine going to the fish market and asking for two kgs of mackerels and then expecting to get change for2,000. The objective of this ‘brilliant’ idea was that black money would be completely eliminated. At the end of the demonetisation period the RBI found that 99.3% of the cash in circulation had come back to the banks, exploding the myth that the majority of Indians are corrupt and demonetisation would target the corrupt. The harsh reality was that demonetisation virtually destroyed the petty trader and the mini-manufacturer while big crooks found ways to work around it.
The other huge nuclear bomb that Modi dropped on his own people — the people who voted him to power with a huge majority — was GST. Here again the objective was logical. Under the old sales and excise regime, you had to pay taxes at every stage of the manufacturing process from purchase of raw material to producing the final product. Under GST, the principle was that tax would be paid only at the point of sale. The manufacturer would be entitled to a rebate on the taxes he had paid to his various suppliers.
There were two problems. Firstly, the entire process was made digital. The chaiwala from Gujarat does not seem to have realised that while the children of traders and petty businesses may be very good at using smart phones, they cannot necessarily go through the complicated process of calculating the rate applicable and paying it in time. You could not ignore it because there was a huge penalty if you did not pay GST on time. By the time industry made the shift from good old pen and paper or even Tally to digital GST they were faced with even bigger shocks.
We are aware of what we are taking about. Every month we have to file our GST returns and TDS returns. Unless you have a highly qualified person who understand the whole process it is tempting to avoid GST and TDS instead of filing all the returns every month.
Secondly the whole system of classification of various items for the purpose of levying GST was quite absurd and needed multiple revisions.
GST has led to some piquant situations. Recently film actor and director Rahul Bose tweeted about his experience at the Marriott hotel in Juhu in Mumbai. After using the gym, perhaps feeling a little hungry, he asked for two bananas. The bill came to 442. This tragic-comic situation had a happy ending for anyone planning to eat bananas in a 5-star hotel. The Chandigarh Excise & Taxation Department slapped a penalty of25,000 on JW Marriott for incorrectly applying 18% GST to the bananas served.
Indeed GST has killed the hospitality industry, at least in Goa. This is because the 5-star hotels have to charge the maximum GST of 28% on rooms with tariff of 7,500 and above. Even in the case of an ordinary restaurant you have to pay 18% GST. Anything which is considered a luxury item is automatically brought under the maximum GST rate. In the context of the sudden explosion in scandals involving major companies like Subhash Chandra’s Zee Tv, the Ruias’ Essar Steel in Mumbai, Naresh Goyal’s Jet Airways, etc the government decided to swing to the other extreme. The RBI introduced a provision for declaring a company bankrupt after just one default in paying instalments. Once the Insolvency Act was invoked there was no escape route for companies. Unfortunately, all the good, bad and ugly were clubbed together while the government was very generous towards Subhash Chandra who owns Zee Tv and is also the president of the Vishwa Hindu Parishad. But this triggered off a fear within industries. Particularly because of the original format of the Bill under which if you did not pay on the day your debt was due, you were declared insolvent immediately. Which meant that the government could acquire all your assets. What shook the industry was that even billionaire Anil Ambani, with all his clout and influence, could not save Reliance Telecom. The company owed the banks over50,000 crore.
This triggered off a panic among all industrial houses. Who could be next was the question going around until Nirmala Sitharaman decided some concession would be provided and assets would not be taken over the moment the company failed to pay even one instalment. This is like what happens in the Gulf. Those who take up jobs in the Gulf, including Goans, acquire credit cards. They buy cars and washing machines and all consumer durables on loan. But if they fail to pay even a single instalment of the loan they have taken, they are sent to jail.
The problem with the Modi government is that it does not have an expert in economics. The late Arun jaitley was a good lawyer but not an economist. Similar was the case of Piyush Goel, who took over as finance minister when Jaitley quit on health grounds. The latest incumbent, Nirmala Sitharaman, is very well qualified with a degree from the London School of Economics. Unfortunately, theory has not converted into practice at the ground level.