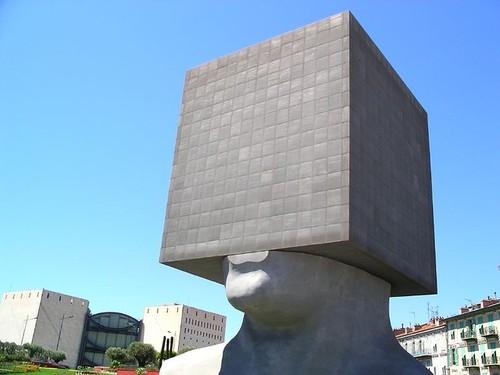 Telcos are speeding like out-of-control self-driving cars toward a commercial 5G launch. Spurred on by competition, and with apparent disregard for the damage to shareholder value, Europe’s operators are starting to blare out details of launch dates and other 5G plans as if the next-generation technology were a guarantee of sales growth. It is all happening much faster than anyone had imagined. The UK’s BT this week said it would introduce 5G “imminently,” having previously talked about launching services before the end of this year.
Operators are woefully underprepared for all this. Yes, they have started deploying 5G masts and other equipment, and even — in many cases — have the fiber backhaul and transmission systems to prop up those new 5G services. But in the most important respects they have barely budged. That troubling and persistent inertia has become apparent during this week’s Digital Transformation World event in Nice.
For years, telcos have met in the Nice Acropolis, a conference center whose ancient moniker befits its dusty condition, and talked about modernizing their all-important IT systems. Words like “agility,” “flexibility” and — of course — “transformation” are circulated like canapés as telcos fret about the challenge posed by the Internet giants. The whole affair is like a gathering of super-intelligent dinosaurs contemplating the approaching asteroid. Every year it draws a bit closer.
Any optimism that change is finally coming seems largely misplaced. While there are some exceptions, the broader industry has failed to adapt to an Internet model. The contrast with a company like Netflix is stark. Even in Japan, where telcos take pride in their tech-savviness, a consumer would typically spend three hours imprisoned in a retail outlet to get a service activated, according to Tareq Amin, the chief technology officer of Rakuten Mobile. His own company — an Internet player poised to enter the telecom sector in October — spies a huge opportunity for disruption.
If change were really happening, the show’s overarching theme would be about digital progress instead of the need for digital transformation. Presentations on day one threw up some troubling comments. Hatch, a subsidiary of games company Rovio, complained about the difficulty of working with telcos and threatened to take its business elsewhere unless they change. Elisabetta Romano, the chief technology officer of Telecom Italia, blamed vendors for not developing “cloud-native” products. Nikos Katinakis, the head of networks and IT for Australia’s Telstra, agreed with Romano’s take. Telco customers are stuck with what they are getting, and telcos are stuck with what they are giving, he said.
Asked how he felt about this year’s show, one analyst noted a sense of déjà vu. A top executive at a software vendor expressed his frustration that operators are plodding along. Peter Leukert, Deutsche Telekom’s chief information officer, was overheard joking that “chief archaeologist” would be a more appropriate job title given the ancient condition of his company’s systems.
No doubt, telcos remain highly profitable, cash-generative companies. But they are being squeezed out of business opportunities except for the provision of last-mile connectivity just as the 5G bus turns up. Boarding this will cost them billions. According to one estimate, a 5G network will require four times as much investment as a 4G one. And on top of that is the cost of new spectrum. In Germany and Italy, two of Europe’s most important markets, operators have already agreed to spend billions on new frequency licenses.
The warning signs are there. Besides cutting its dividend payments to shareholders, Vodafone, one of the region’s biggest telcos, is now axing jobs and trying to slash its 5G bill through network-sharing partnerships with its rivals. Full mergers cannot happen in Europe because of ideological regulatory opposition. BT is also hacking away at headcount to help pay for new fiber and 5G networks. Its share price has halved on the London Stock Exchange in the last three years. Vodafone’s is down 44% over the same period.

Edgy, in more ways than one

Those share price movements suggest investors are not anticipating any 5G-fueled sales boom. For at least the next few years, the industry’s focus will be on using 5G to turbocharge connectivity for smartphones and other mobile gadgets. Early adopters may be willing to spend a bit more for a faster service, but competition will quickly reduce prices for the mass market, unless 5G breaks the trend established by earlier generations of mobile technology. Vendors draw attention to the cost-per-bit improvement 5G will bring, but this is unlikely to offset the upfront investment or make a huge difference to operating margins without hefty job cuts. That partly explains why automation has become a priority for so many telcos.
Thanks to future updates, 5G should eventually support more exciting applications: connectivity for self-driving cars, for instance, or a dependable service for mobile, virtual-reality gaming. Billions of objects in what operators call the “Internet of Things” could also be linked to 5G networks. Unfortunately, the revenue per device for most of these objects may be so low that even billions of connections would barely move the sales needle for many telcos. And 5G might not dislodge other, shorter-range technologies in many cases.
Nevertheless, major excitement surrounds the so-called “edge” opportunity. If IT resources were moved closer to end users (at the “edge” of the network), operators could shorten the journey time for a data signal as it travels from the device to the Internet and back again. This “latency” reduction may be critical for services like autonomous driving and virtual-reality gaming. But the business case is unclear. Kitting out new edge facilities could demand substantial investments, for one thing. Customer willingness to pay for low-latency services, and operators’ ability to charge for them, are other big concerns.
Dwelling on a few of the challenges during a panel debate in Nice, Telstra’s Katinakis said that technically provisioning different latency levels remains difficult. “If anyone can tell me how to do this you are hired,” he said. “We can’t do it. Monetization is not as easy as we think.” Those remarks came days after Ibrahim Gedeon, the chief technology officer of Canada’s Telus, had grumbled about similar edge challenges during Light Reading’s Big 5G Event in Denver. One issue is figuring out the demarcation between the operator’s network and the edge resources a business would own. “We need to think about APIs [application programming interfaces] and gateways,” he said. “Everyone talks about cloudifying, but everyone is busy doing eMBB [enhanced mobile broadband].”
Busting out of the connectivity constraints and becoming web-like providers of other services would address the commercial problem. But that Houdini act is one telcos have failed to pull off year after year. In the meantime, the Internet giants continue their advance into telco territory while companies like Hatch talk about looking beyond the telcos. “You all have a different type of billing integration and way to offer mobile edge access and it is impossible for a small company,” Vesa Jutila, Hatch’s founder and chief operating officer, told executives from Deutsche Telekom, Telecom Italia, Telenor and Telstra. “There needs to be more flexibility — there needs to be some movement from your direction to adjust and do things differently — otherwise we go somewhere else.”
The Houdini straitjacket looks tighter than ever. As Telecom Italia’s Romano succinctly put it, time is running out.