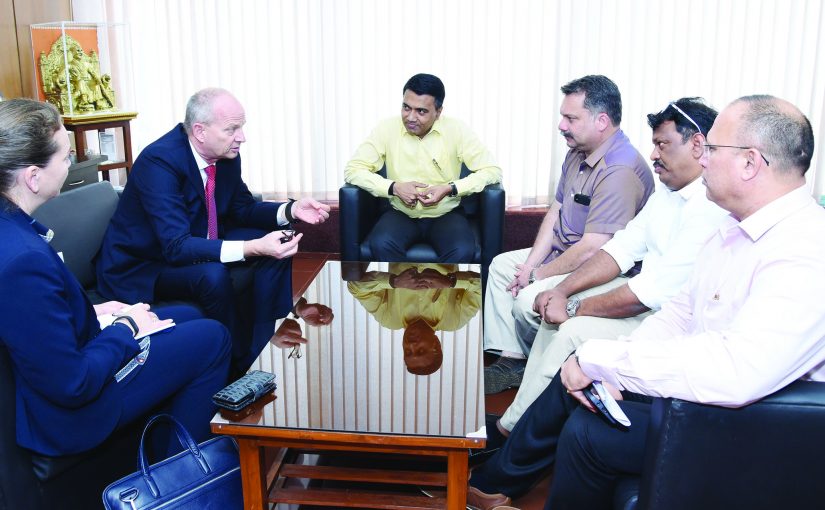 TIME FOR AN INDO-NORDIC RELATIONSHIP

What National Pollution Control Day? What does December 5 signify to us in India who do not take pollution control seriously? Politicians and world leaders are here only to fill their pockets and build empires for themselves and their families…they don’t realize that if there is no planet earth left their dollars won’t work in outer space!
Ever year National Pollution Control Day is celebrated on December 2 in India in order to honor and memorialize the thousands of human beings who lost their existence because of the Bhopal gas calamity. Which happened night of December 2-3, 1984, because of discharge of poisonous chemical methyl isocyanate (MIC) as well as other chemicals stored at the Union Carbide plant in the city. It’s considered to be the world’s worst industrial disaster.
Reportedly more than 500,000 people (of which around 2,259 died immediately) were exposed to the poisonous gas MIC which escaped in the air during the disaster. Let us also remember how the Indian government failed miserably to protect the rights of the people and allowed the culprits to escape, and they are still not made accountable. So let us continue to live in our comfortable humble bubbles and allow our children to die due to pollution and negligence of government. Jai Hind!
— Kenny Goes, Panaji (courtesy FB post)

TACKLING WOMEN SAFETY
THE rising crimes on women in recent times has brought out the same reactions in us with no change. Are we not responsible for this since we cannot come out with solutions? What does it serve to just vent out steam? People are calling for public hanging, shooting, castration, etc. What we witnessed these last ten days is making its presence felt in Goa.
Today I read about a mentally retarded woman being molested. In 2018 there were 32 kidnappings up to November, what is the figure for 2019? In Delhi alone every year more than 4,000 children go missing! Why are we silent? We only make some noise after media reports: the media controls us!
Such crimes should be tackled at “bud” stage. We see male bikers staring at girls at bus stops, many honking for attention…is this not indecent behavior? Social media has witnessed people accusing rape victims for their clothes, the time they were out…in Goa we dare not speak out against migrants.
Everyone now knows which clans run the drug scene in Goa. But when the public objected to these very drug peddlers being given taxi badges/maids, etc, the press suppresses the same. The media cannot even investigate and tell us who the drug operators are as if such investigation is required! Media is currying up politicians, repeating their refrains like Goans don’t work, they want only government jobs, they prefer to go out of Goa…we have politicians supporting drug dealers and even writing letters to hotels to provide jobs to so and so by name…such news doesn’t appear in the newspapers, why?
Politicians also make such strange remarks about rapes. Does the media boycott such people? Criminals are coming into Goa and they should be made to wear the cap for their crimes.
— R Fernandes, Margao

UGLY INDIANS?
EARLIER this afternoon (that is December 5, 2019) at approximately 13.15 hours two Indian male tourists ventured into the waters at Baina beach. They were under the influence of alcohol. The lifeguard on duty approached them and urged them not to into the water. The due refused to adhere to the requests of lifeguards and also got abusive.
The lifeguards kept a watchful eye on the two tourists. Being inebriated one of them lost his balance in the incoming waves. Under the influence of alcohol he was unable to recover his balance and took in a lot of water, further resisted rescue which became very arduous for the lifeguards. He was brought to ashore and CPR commenced immediately, also an ambulance called. He was rushed onto a spine board and shifted to the Chicalim Hospital by 108 ambulance accompanied by the lifeguard. Unfortunately, doctors declared him dead on arrival. The victim is an Indian national, aged 40 years.
I just want to tell this story so that other Indian tourists coming to Goan beaches take note and do not venture into the sea if they’ve been drinking or against the advice of lifeguards on duty.
— Skitter Faia, Goa

SINKING PATTO PLAZA
WITH Panaji’s Patto Plaza already witnessing incessant and perennial flooding the government needs to conduct a professional research and ecological study before venturing in its lofty mission to set up Goa’s tallest building on this eco-sensitive reclaimed land. Lack of proper planning while cluttering of environmentally incompatible new constructions all over without the much needed infrastructure has landed Goa in its current state of chaos.
Given what we are witnessing in an already congested Patto Plazza is it the right location for the government to set up its mammoth 75m tall administrative block?
The Patto Plaza has come up on marshy, swampy, acidic and highly corrosive silting subsoil and experts opine that no construction there will survive for more than a few years as stress, fractures, fissures and corrosion is indicated. Many buildings are sinking inch by inch but none have cared to do a structural audit and no lessons learnt from the sinking museum building here which had to be demolished.
It would be prudent to tread cautiously on such a mega project as it would waste hundreds of crore of taxpayers’ money and should not end up as yet another sinking white elephant. The 75m tall building at Patto Plaza would turn to be a true epitaph for our sinking Panaji city . It is not the beauty or height of a building that one should look at but the foundation that will or will not stand the test of time!
— Aires Rodrigues, Ribandar