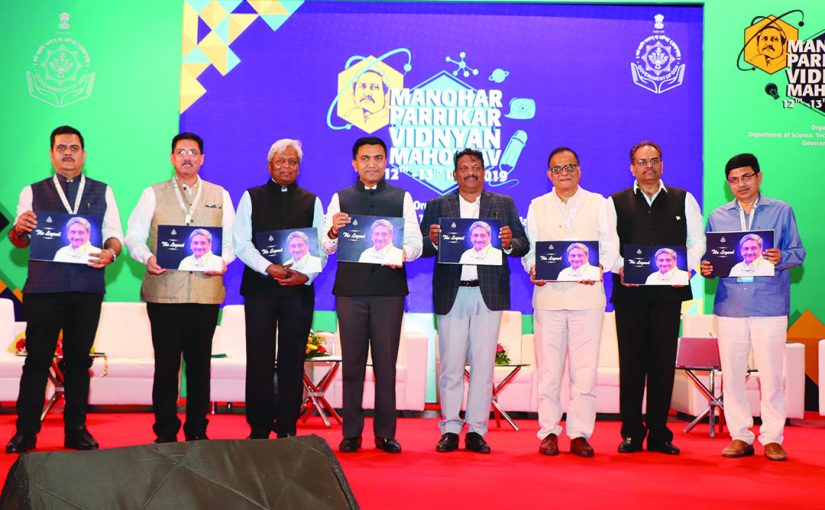 THE recent monsoon season has brought 170 inches of rainfall (70 inches more than last year). Road cutting has been done, pipelines laid, money spent, but to date Panaji is still waiting for 24×7 potable water supply under the Jawaharlal Nehru National Urban Renewal Mission (JNNURM). Promises are made by this government but no action taken.
The government promised additional water storage capacity at Opa reservoir from where Panaji gets its water. However, JNNURM sanctioned amount has been spent but pipelines remain unused. It is pitiable that Ponjekars have been receiving water muddy with sediments, when actually if the powers that be had a will our potable water system could have been as good as water used in bottled soft drinks.
All has been forgotten as far as taking action on 24×7 water supply to Panaji is concerned. It speaks very badly about an administration which is not able to provide its citizens with the primary need of water.
— Elvidio Miranda, Goa
MADHEI POLITRICS
IT is despicable and highly condemnable the manner in which Union environment Minister Prakash Javadekar has been trying to hoodwink the people of Goa on the very crucial issue of Madhei river waters. It is high time we let him know that we have had enough of his politriks. On November 4 when all party delegation from Goa met Javadekar in Delhi he was posed specific questions and he categorically assured a precise response within 10 days. Later while in Goa for IFFI he sought further time and the saga of extended deadlines goes on.
For every Goan the fight for their mother river Madhei is a do or die issue to ensure that precious water is saved for the wellbeing of Goans. Posterity will never forgive us if don’t fight now for the rights of a river which flows majorly in Goa and we cannot allow this lifeline to dry up and ecology and livelihoods along its route destroyed.
The buck stops at the door at accidental Chief Minister Pramod Sawant who has failed on all fronts, including the very vital Madhei issue. Perhaps it’s time he makes way for a more competent, conscientious and capable chief minister.
— Aires Rodrigues, Ribandar

POSITIVES TO NEGATIVES!
IN Goa today positives are turning to negatives. A minister says Goans need to get over their NIMBY or not in my backyard syndrome. Take the reference of the Sonsoddo garbage dump which caught fire for the second time this year. But our minister was talking about a new garbage treatment plant for south Goa. Prior to this it was potholed roads. Dig deeper and see all government projects have failed or are sub-standard.
Do we remember the faulty GMC new construction, new bridge, prawn hatchery, have you not see the thick plumes of black smoke from the Kadamba buses? And our minister says the new bus stand in north Goa will be the best in the world?
It is not NIMBY justification. Does everyone know the reason for all sub-standard work? A recent debate on the pot holes of Goa gave us the reasons. Garbage treatment plants that convert garbage including plastics to energy with no emissions beyond permissible limits have been known to the public for years now and the minister wants “Nordic” technology ? At what cost and why no global tenders?
Singapore has passed this stage in this matter. Incidentally, the Smart City Sweden website itself says, with data from IVL, “But despite success in reducing nitrogen and sulphur dioxide emissions, the air in Swedish cities has not become appreciably better. Levels of particulate matter and ground-level ozone – the air pollutants that cause most health problems in Sweden – are relatively unchanged. As a result more than 5,000 people per year are estimated to die prematurely because of air pollution.
The key to enlightenment is knowing what you need and not what is nice to have! The South Goa District Hospital seems destined to not open thanks to the vested interests of doctors. Now, as a compromise, the hospital is planned for outsourcing. Compared to other trades/professions, the medical one has seen the least amount of in-migration. GMC doctors are taken as consultants allowing them to private practice too. Yet, we see patients diverted from GMC to their clinics. Will doctors answer a simple question: How much do you want as salary to stop malpractices? They want more than the IT profession in Silicon Valley, more than …but cannot say how much more.
Goa is a jigsaw puzzle with every piece in a unique place. If all the pieces fall in place or we work by fitting the right pieces in the right places – all stand to gain. But we now have a situation where everyone is trying to complete the puzzle with different objectives. Many love Goa to make a killing from something that is not theirs!
— R Fernandes, Goa