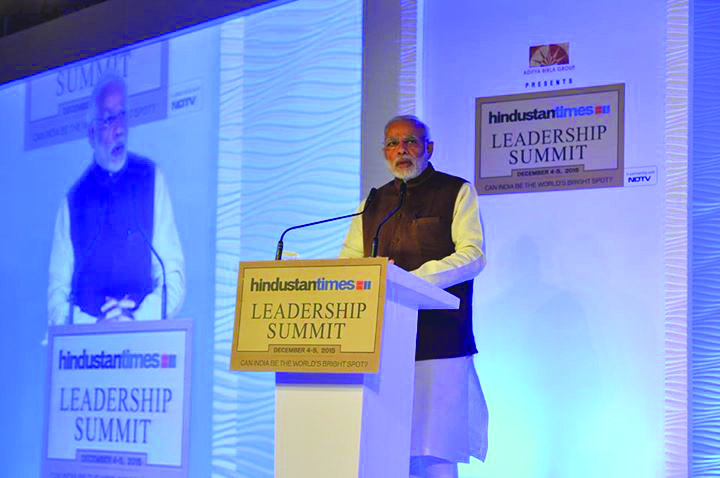 SILENT: All the leading lights of Indian business from Chandrasekaran son of Tata Sons to Mukesh Ambani, the richest man in the country, raised any questions over the economic crises faced by the country. Where the demand for cars is going down and the prices of onions are getting to be more than that of gold!

With the exception of Ram Krishna Bajaj of Bajaj Scooter, and a few others none of the billionaires like Mukesh Ambani, Adani and Jindals have criticized the BJP government for decline in growth rate. Why do people who can buy India stand with folded hands like schoolboys before Amit Shah? Clearly it is better for ease of doing business not to antagonize either the neta or the babu…

India Inc is slowly, but surely, breaking its silence on the state of the economy, and the country at large.
At an event in Mumbai on Nov. 30, where home minister Amit Shah, finance minister Nirmala Sitharaman, and commerce minister Piyush Goyal were present, industrialist Rahul Bajaj spoke about, among other things, the government’s stifling of criticism.
“This environment of fear, it’s definitely on our minds,” Bajaj said at an award ceremony organised by The Economic Times newspaper. “You (the government) are doing good work and despite that, we don’t have the confidence that you’ll appreciate criticism.”

In cryptic yet firm words, Bajaj read out the riot act to the top cabinet ministers. He spoke against rising Hindu nationalism, tax terrorism, incarceration of opposition leaders, mob lynching and the impunity that its perpetrators enjoy, and even took pot-shots at the government over the air pollution problem.
“I have to live up to my reputation,” said Rahul Bajaj, chairman of Bajaj Auto, the world’s third-largest motorcycle manufacturer. “It’s very difficult for me to praise anybody. I was not born that way. I have to be supportive of the poor, the disadvantaged. My grandfather was supposed to be the adopted son of Mahatma Gandhi. My name, you will not like it, my name Rahul was given to me by Jawaharlal (Nehru). I was born anti-establishment, UPA or anyone else.”
Now that an industry veteran has broken his silence, others have started to join him. Kiran Mazumdar-Shaw of Biocon, a biotechnology major, tweeted yesterday (Dec. 1):

India Inc has been remarkably silent about the country’s economic growth, which has been plunging ever since prime minister Narendra Modi decided to demonetise high-value currency notes in 2016.
Former prime minister Manmohan Singh wrote in The Hindu newspaper on Nov. 18 that the environment of fear had broken the trust in Indian society, and this was the main reason for the slowdown.
“Many industrialists tell me that they live in fear of harassment by government authorities,” wrote Singh, an eminent economist who ushered India into globalisation. “The premise of the government’s policy framework seems to be that economic participants have mala-fide intent unless they can prove otherwise… A nation’s state of the economy is also a reflection of the state of its society.”
Reiterating his point, Singh said in a recent speech, “The state of our economy is deeply worrying. But today I will argue how the state of our society is even more worrisome and that is a fundamental reason for the precarious state of our economy.”
Industrialist Harsh Goenka of RPG Enterprises described Singh’s comments as “valid points” but later deleted his tweet.

Goenka’s retreat on social media is just one of the many ways corporate silencing operates.
On Nov. 29, even as GDP growth in the September quarter fell below 5%, for the first time in around seven years, India’s largest industry body, the Confederation of Indian Industry, did not even issue a perfunctory statement of concern.
Similarly, Bajaj’s comment was not the big news in the pink paper that organised the award ceremony. The headline instead focused on Amit Shah’s reply to the industrialist.
Another instance of how corporate India was silenced was when the CEO of Cafe Coffee Day retail chain committed suicide in July this year. In his suicide note, VG Siddhartha blamed his company’s liquidity crunch and mounting debt crisis on “harassment” by income tax authorities who had attached the company shares. While the tax authorities denied the accusation, it was widely seen as an example of “tax terrorism.”
At the time, Mazumdar-Shaw had spoken up against tax terrorism, and soon got a call from a government official. The official, whom Shaw did not name, had allegedly said, “Please don’t make such statements. Even (Infosys’s former chief financial officer and investor) Mohandas Pai should not. I am telling you as a friend.” Ironically, Mohandas Pai is a vocal supporter of the Modi government.
Mazumdar-Shaw felt the call was both advice and warning. Pai went on to claim that “lots of people get such threats.”

Tax terrorism and “friendly” phone calls are only two ways in which the Indian industry is intimidated into silence. There’s regulatory arbitrage, the long arm of the law, and the politicisation of economic investigative agencies such as the enforcement directorate.
When all else fails, there’s social media. Even as pro-establishment trolls ran a smear campaign against Rahul Bajaj on social media, top ministers, too, tweeted against his comments.
Sitharaman used the familiar trope of branding government critics as anti-national,
Housing and urban affairs minister Hardeep Singh Puri, too, tweeted: “There are societies in the world which are governed by fear, but a society where citizens can weave fake narratives & hurl invectives at the govt cannot be classified as one governed by fear, it is a society characterised by fair dose of indiscipline.”
And we know what happens to the indisciplined. The nationalists come and discipline them. Rahul Bajaj was right: criticism won’t be taken kindly. He had concluded his comments at the ceremony saying his industry peers were happy to see him sacrifice himself.